LESS than two weeks after Slovakia unplugged the second block of one of its nuclear power plants from the electricity grid, the cabinet of Prime Minister Robert Fico decided on January 10 to restart it, in what the government called a response to the emergency situation caused by the Russian gas crisis. 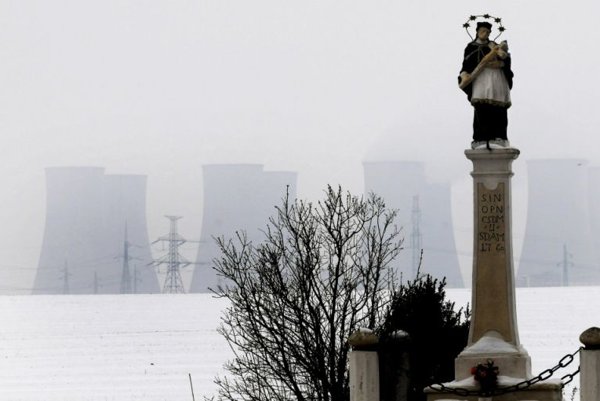 LESS than two weeks after Slovakia unplugged the second block of one of its nuclear power plants from the electricity grid, the cabinet of Prime Minister Robert Fico decided on January 10 to restart it, in what the government called a response to the emergency situation caused by the Russian gas crisis.

However, the shut-down of Jaslovské Bohunice’s V1 reactor was one of the obligations that Slovakia assumed when joining the European Union in 2004 (see story Nuclear reactor unplugged). By reactivating the nuclear block, Slovakia will be in violation of the EU accession treaty.

“The damages that we cause to the accession treaty with the European Union are substantially smaller than those that would threaten Slovakia if we had not done it,” Prime Minister Robert Fico said, as quoted by daily Sme. “We had to do it.”

Prime Minister Fico also said on January 11 that his government is aware that the move is a violation of the treaty and assumes full responsibility.

However, on the next day, Fico said that it is not definite that operation of the second nuclear block of V1 would commence, reported newswire SITA. Everything will depend on the results of negotiations by the energy ministers of the European Union, he said.

“If we do not see realistic progress in renewing the supplies of gas, Economy Minister Ľubomír Jahnátek will order the re-launch of the second block of V1,” Fico said after a meeting of Slovakia’s emergency staff.

Fico assumes that the re-launch secured by JAVYS should not take longer than three to four days.

Russia first reduced the flow of natural gas to most of its European customers at the start of the year and by January 7 gas arriving to Slovakia and other European countries had stopped completely. A state of emergency has been announced in Slovakia and gas is being drawn from its reserves. Gas supplies to households have not been affected but several companies were forced to limit or completely stop their production.

For example, the major steel maker U.S. Steel Košice, oil refinery Slovnaft and car makers Kia and PSA Peugeot Citroen have had to limit their production.

The main argument of the government for ordering the preparatory work for Bohunice’s restart is that the shortage of gas also affects the country’s electricity transmission network since gas is used to operate the backup generators, crucial for functioning of the system.

According to Jahnátek, Fico has already written a letter to the Jose Manuel Barroso, President of the European Commission, about the possibility of reactivating the second unit of V1.
“We are facing the biggest decrease in gas supplies in our history,” said the chairman of gas distributor Slovensky Plynarensky Priemysel’s board of directors, Bernd Wagner, at a special press conference on January 6.
The gas crisis paralysing Europe is a result of a dispute between Russia and Ukraine, ostensibly over missed payments for gas imported by Ukraine. On January 1, Russia cut off its gas supplied to Ukraine over the dispute, which also involves the amount of the debt and future pricing levels. All of Slovakia’s gas imports come from Russia, via Ukraine.