Principles for the recovery of claims

I. Timely commencement Problems with recovering trade claims are unavoidable in the period characterised by a more-difficult-to-obtain financing and decelerated economic growth. A claim may change its status from “income” to “problem” in an instant. Accordingly, it changes from a business issue to a legal one. The text below provides a brief description of basic procedures that may be applied in order to recover claims. 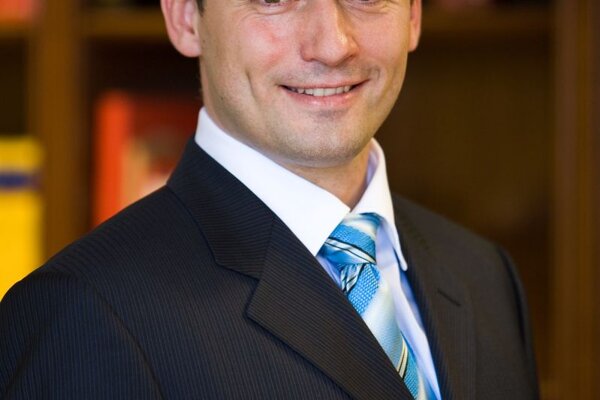 Problems with recovering trade claims are unavoidable in the period characterised by a more-difficult-to-obtain financing and decelerated economic growth. A claim may change its status from “income” to “problem” in an instant. Accordingly, it changes from a business issue to a legal one. The text below provides a brief description of basic procedures that may be applied in order to recover claims.

No one would panic and elaborate on steps to recover a claim where a debtor defaults on payments for a couple of days. However, the truth is, the sooner the recovery process begins, the better the chances of success are. Only few debtors would notify their creditors they are not going to pay their outstanding claims. The debtors are more likely to play for time and get prepared for any actions the creditor may decide to take in order to recover the claim. The more time they win, the better advantage against the creditor they have.

We should commence the claim recovery procedure immediately after we have learnt of certain typical symptoms indicating that a debtor does not plan on paying the claim even though he might say to the contrary.

Here are some of such symptoms one may encounter: the debtor (or his representative) stops communicating and replying to phone calls and e-mails, or replies with a few days delay (the reasons are absolutely groundless even though appearing reliable); the debtor begins transferring his assets and property; the debtor changes his registered office or persons authorised to act on the debtor’s behalf are replaced; the debtor rejects to sign agreements that should help restructure his claim in order to make its repayment possible (despite debtor’s helpfulness when the relevant agreements have been drafted) or starts delaying their signature date; the debtor grants execution titles to third persons (related persons, in particular, though it is not necessarily obvious at first sight); another creditor submits a petition for bankruptcy in respect of the debtor’s assets; another creditor is awarded an execution title to the debtor’s assets. People often tend to underestimate delayed payments where the debtor is a large company. Large companies, however, are no better in their approach to their creditors than any other companies.

Without any doubt, we should immediately commence the recovery procedure if the debtor provides an additional security in respect of his claim payable to a third-party creditor. It clearly implies that the debtor is not that serious about our claim.

If we become confident that the debtor will not exert his best efforts so as to repay our claim, we should immediately commence the claim recovery procedure.
First of all, we assume that majority of trade claims are not secured by any collateral right, such as a mortgage, security interest, guarantee, bill of exchange, etc. Secured claims can be recovered in a more strenuous manner; it is necessary to exercise all rights available under provided collaterals from the very beginning.

Of course, the recovery of unsecured claims can be sought before a court. But that is not the only option. Despite the last amendment to the Code of Civil Procedure, judicial proceedings may take several years. If a counterparty makes use of all available means to delay the proceedings we assume it may take at least one year.

Therefore, we first advise to try to offset the claim against any of our debtor’s claims against a third-party. First of all, debtors of our debtor can be found among his customers. If we manage to find a person that has an outstanding liability towards our debtor we may try to sell our claim to that person, probably with some discount. Our debtor’s debtor may then offset the claim against his liability and both parties will benefit from that. But we have to be extremely careful not to exchange one irrecoverable claim for another irrecoverable claim due to unpaid price for claim assignment.

When assigning and offsetting a claim we have to follow several important principles. First, an assignment agreement must always be made in writing. The assigned claim must be duly specified, both in term of its title and amount. The title of the claim (i.e. the right to seek recovery of the claim) must be duly demonstrated and evidenced. One should bear in mind that an invoice does not suffice in order to prove the existence of the claim. We should have at our disposal at least one document undersigned by the debtor of the assigned claim: a purchase order, contract, acceptance protocol or at least an e-mail message sent by the debtor, which proves the existence of the claim. Also, it is necessary to evidence that the assigned claim has become payable. This is particularly important when offsetting the claim against another claim. Some contracts include a provision that prohibits the parties from assigning claims to third-persons without consent of the other party. If we are buying a claim, it is necessary to make sure whether its assignment does not contradict an agreement with the debtor, otherwise the assignment would be invalid even if we have paid consideration for the assignment. By the same token, §92(7) of the Act on Banks prohibits the banks from assigning their claims arising from outstanding loans sooner than after 90 days of the debtor being in default.

In the case of the offset of claims it is necessary to examine whether the claims in question are governed only by the Civil Code, or where the Commercial Code applies as well. Generally speaking, claims that have arisen between businesses may be considered as being also governed by the provisions of the Commercial Code, save for the claims under purchase agreements pertaining exclusively to real estate.

Other claims are usually governed only by the Civil Code. Many laws anticipate various exemptions; therefore it is necessary to examine in detail the legal regime applicable to the claims on a case-by-case basis.

Pursuant to Civil Code, no mutual offsetting of claims is possible where the claims are time-barred, where they cannot be sought before a court, in the case of claims on contributions and, also, a payable claim cannot be offset against a non-payable claim.

If the aforementioned basic principles are observed, claims can be mutually offset by a unilateral written notice delivered to the other party. Any mutual claims can be offset under an agreement between the creditor and debtor.

It is advisable to commence the process of claim recovery by judicial means immediately, along with other types of out-of-court recovery. It might be especially necessary in case the debtor begins to get rid of his assets. In such a case it is possible to request the court to issue a preliminary ruling that will prevent the debtor from reducing his assets. The court delivers the preliminary ruling within 30 days of the filing of the petition, provided that all statutory formalities are met. The preliminary ruling considerably strengthens the status of the creditor seeking the recovery of his claims.

Pursuant to the latest amendment to the Code of Civil Procedure, a petition can be filed with a court to issue a payment order in the case of pecuniary claims, or a performance order in the case of non-pecuniary claims. The court issues a payment order within 10 working days, provided that the petition was delivered to the court on a special form published by the Ministry of Justice of the Slovak Republic and that all other statutory requirements have also been met. The respective statutory period is a very short one and considerably strengthens creditor’s position.

Even if we manage to obtain an execution title, it still remains uncertain whether the recovery of our claim will be a success. If the debtor does not have enough assets which could be distrained, it is necessary to examine whether the debtor has not disposed of his assets over the past three years in a manner that could be challenged on grounds of disputability of legal acts. Generally speaking, a dispute can be initiated especially against such actions which result in the sale of the debtor’s assets for a price below their market value, or to a related person. However, a protest filed against a legal act represents a new litigation. Yet, even the filing of an action alone may put sufficient pressure on the debtor and make him decide to satisfy the respective claim.

When disposing of their assets, debtors make certain mistakes. One of such typical mistakes is non-compliance with the provision of §59a of the Commercial Code. The aforementioned provision requires under certain circumstances that when concluding a contract between the debtor and his shareholder, partner or founder, or between the debtor and his subsidiary, an expert opinion needs to be prepared in respect of the subject-matter of the contract, the draft contract must be approved at a General Meeting, and the contract must be deposited in a respective collection of corporate documents. If the aforementioned requirements are neglected, the transfer of assets is ineffective, even though valid. It means that the acquirer cannot dispose of such transferred assets effectively. The creditor can take advantage of such a mistake when enforcing the recovery of his claim. Such mistakes usually occur in the case of multinational concerns that try to comply with the provisions of tax and accounting regulations on transfer pricing rules, but they fail to realise the implications of §59a of the Commercial Code.

We should not underestimate how important it might be for the debtor to retain his good reputation. If the creditor manages to inform people whose opinions the debtor really values of the fact that the debtor fails to repay his liabilities, the debtor could be put under sufficient pressure to make him repay the claims. Such a method is often more effective than judicial enforcement. Disclosing such information to the debtor’s financing banks or shareholders is particularly effective.

This advertorial is of an informative nature only. For more information go to www.ulclegal.com .