Reactor ready; not yet reactivated

THE SECOND block of one of Slovakia’s nuclear power plants, which was switched off on the last day of 2008 to meet the country’s obligations towards the European Union, is now only waiting for a word from the government to be reactivated and reconnected to the electricity grid. 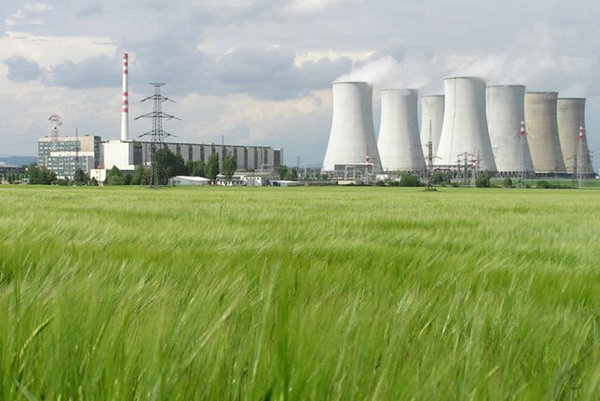 THE SECOND block of one of Slovakia’s nuclear power plants, which was switched off on the last day of 2008 to meet the country’s obligations towards the European Union, is now only waiting for a word from the government to be reactivated and reconnected to the electricity grid.

While on January 10 it seemed that the re-launch of the reactor at the Jaslovské Bohunice V1 nuclear power plant was only a day or two away, one week later the cabinet of Robert Fico was more cautious in statements about its possible reactivation.

The cabinet’s January 10 decision on the restart of one reactor block was what the government called a response to the emergency situation caused by the Russian gas crisis.

The Slovak Economy Ministry ordered the nuclear decommissioning company Jadrová Vyraďovacia Spoločnosť (JAVYS) to start preparations and to secure the necessary safety and technical conditions for reactivating the reactor block.

The main argument of the government for ordering the preparatory work for Bohunice’s restart was that the shortage of gas also affects the country’s electricity transmission network since gas is used to operate the backup generators, crucial for the functioning of the system.

However, the shutdown of Jaslovské Bohunice’s V1 reactor before 2009 was one of the commitments that Slovakia made when joining the European Union in 2004.

By reactivating the nuclear block, Slovakia would be in violation of the EU accession treaty.

“The damages that we cause to the accession treaty with the European Union are substantially smaller than those that would threaten Slovakia if we had not done it,” Prime Minister Robert Fico said, as quoted by daily Sme on January 10. “We had to do it.”

The European Commission has asked Slovakia to prove that there is no other alternative for the country, which has been cut off from its Russian gas supplies for nine days (as of January 15) and has been using reserve supplies.

Prime Minister Fico and Economy Minister Ľubomír Jahnátek said on January 14, however, that the issue of re-launching Jaslovské Bohunice is still alive.

“We have been through negotiations with Brussels, which is giving us the option to re-launch Jaslovské Bohunice as a last resort after meeting certain conditions,” Jahnátek said, as quoted by newswire SITA. “Today the question is when the situation will turn so critical that we have to restart Jaslovské Bohunice.”

It is a crisis solution, added Jahnátek.

“It would be an unavoidable solution for a necessary time period,” Jahnátek added. “It means that we are not pursuing the permanent operation of the nuclear power plant.”

The Office for Nuclear Supervision (ÚJD) has already issued an approval for the re-launch of the reactor. Fico assumes that the re-launch undertaken by JAVYS should take no longer than three to four days.

“Even after the switch-off, the block remains in an operational mode even though there is no atom-splitting reaction,” Miroslava Pirožeková of the ÚJD press department told The Slovak Spectator. “There is fuel with considerable remaining energy in the reactor core and in the storage basin.”

According to Pirožeková, many systems are working, for example, cooling, monitoring and air-technology systems. Emergency systems of electricity are ready to automatically start whenever the need emerges.

“It is obvious that during the time while there is fuel in the nuclear power plant, no dismantling of the technology is possible due to security reasons and the ÚJD could not approve such activities,” Pirožeková said.

After the decay heat of the spent nuclear fuel drops, it will be possible to transport it to the repository for spent nuclear fuel, she added. The removal and transit of spent fuel is one of the requirements for the ÚJD to issue an approval for the actual dismantling of the nuclear power plant. The process of transporting the fuel from the first block of V1, shut down in late 2006, is expected in February and moving of fuel from the second block will be possible only in 2011, Pirožeková told The Slovak Spectator.

The Slovak cabinet’s initial haste to reactivate the reactor has evoked massive international interest, both political and media.

Foreign Affairs Minister Ján Kubiš, who Fico asked to stay in his job until the Russian gas crisis is solved, met his Austrian counterpart Michael Spindelegger to discuss Bohunice on January 15. Kubiš assured him that Slovakia would only reactivate the second block of the V1 in an emergency situation, for the minimum necessary time, and in the presence of experts from the International Atomic Energy Agency (IAEA) if required, SITA wrote.

On January 12, Jahnátek held a series of meetings in Brussels in a hope of finding sympathetic ears for Slovakia’s intentions to put the V1 reactor back in operation.

The European Commission stated earlier, on January 11, that any attempt by Slovakia to reconnect the Jaslovské Bohunice unit to the national grid would be a violation of the EU rules.

“It will be a serious violation of the EU basic rules and the European Commission will react to it,” said an EC spokesman, as quoted by SITA.

By January 7 gas arriving to Slovakia and other European countries had stopped completely. A state of emergency is in force in Slovakia and gas is being drawn from its reserves. Gas supplies to households have not been affected but several companies have been forced to limit or completely stop their production. For example, the major steel maker U.S. Steel Košice, oil refinery Slovnaft and car makers Kia and PSA Peugeot Citroen have had to limit their production.

Chairman of the board of directors of gas distributor Slovenský Plynárenský Priemysel (SPP), Bernd Wagner, has also said that the company is facing the biggest decrease in gas supplies in its history.

The situation with the stability of electricity grid worsened after a fire affected inlet cables for the first and second blocks of the thermal power plant at Nováky which occurred on January 11. Both blocks in Nováky were shut down and the operators ordered the start of a third block at the site plus another unit in Vojany.

Jahnátek said that the country was on the verge of a blackout.

A spokesman for the dominant power producer Slovenské Elektrárne (SE), Juraj Kopřiva, said that the company was still able to guarantee stable and reliable operations. SE has reserve sources at its disposal, he told the TASR newswire.

The two Nováky blocks should be back in operation by the January 25, said SE.

The gas crisis paralysing Europe is a result of a dispute between Russia and Ukraine, ostensibly over missed payments for gas imported by Ukraine.

On January 1, Russia cut off its gas supplies to Ukraine over the dispute, which also involves the amount of the debt and future pricing levels.

All of Slovakia’s gas imports normally come from Russia, via Ukraine.