DRUG ADDICTION is among the topics which never leave the political agenda but seldom make it to the highlights programme. 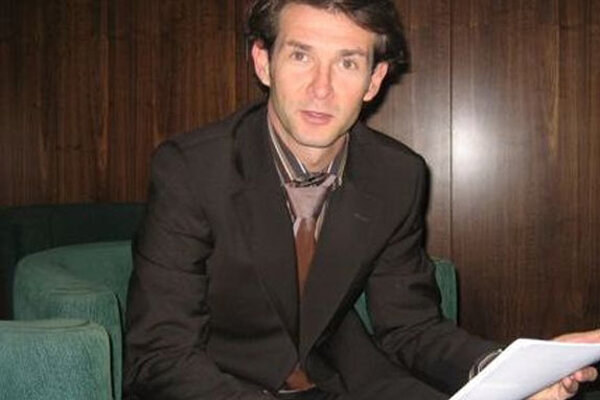 DRUG ADDICTION is among the topics which never leave the political agenda but seldom make it to the highlights programme.

According to the European Monitoring Centre for Drugs and Drug Addiction drug-related harm is still “a key public health and social concern across the Community”.

But even less fatal effects of drug-taking have proved to be alarming. Treatment and the social inclusion of addicted persons is an extremely demanding and often ultimately unsuccessful process.

The existing treatment infrastructure often lacks finances as well as know-how, which makes it even more difficult to provide clients with necessary help.

That is why the European Commission decided to support exchanges among institutions that fight against drug addiction in the EU member states.

Slovakia joined these efforts in 2007, together with France and Finland, in a twinning project titled “Improving and extending resocialisation and rehabilitation care of persons addicted to psychotropic substances”.

After 18 months of various activities, it is now approaching an end, having brought several important improvements in the usually still waters of resocialisation centres (RCs) for persons with addiction disorders.

To find out more about its achievements, The Slovak Spectator spoke to Matthieu Chalumeau, resident twinning advisor from France, who has co-ordinated the project.

The Slovak Spectator (TSS): The member states are bound to implement the policies of the European Union, including those on drug addiction, with various degrees of freedom. Was this twinning project a “heat-and-eat” product or was Slovakia able to influence its course?

One of the greatest advantages of this project is the fact that it originated in real necessity and not from some external source. Of course, it was realised within the framework of the EU Drug Action Plan for the period 2005-2008, which provided a number of instruments that helped to disseminate good practice within the member states, with a special focus on the newer ones.

But the European Commission (EC) served here only as an initiator and the respective countries were able to choose for themselves what they needed.

So at the beginning Slovakia undertook a national diagnostic survey to find out which domains should be improved, listed drug addiction services as among its priorities and submitted a project to the EC.

The EC considered the application and allocated a budget of €700,000 for this purpose.

Subsequently, Slovakia opened a call for proposals from all other member states and, having compared and evaluated each proposal received, selected France as its senior partner and Finland as its junior partner.

As in every twinning project, the difference is that a senior partner takes part in all activities while a junior partner participates in only some of them.

TSS: The whole 18-month project was realised in Slovakia, except for two short study trips. What exactly has been done since its launching?

Basically, everything we did followed one objective, namely to improve resocialisation and rehabilitation care of addicted persons, as is clear from the self-explanatory title of the project. There have been three principal spheres of activities.

First, we needed to review the state of affairs in Slovakia and define our priorities so we organised several round-table meetings and workshops for all interested parties, such as representatives of the resocialisation centres, regional authorities (in Slovakia, the centres are financed by the regions), various NGOs, as well as psychiatrists and other experts in the field.

Secondly, we arranged a series of five two-day meetings where we discussed good practice and adopted national professional standards and their possible implementation in the Slovak context, still with regard for local specificities.

And last but not least, we provided training for everyone involved.


Once again, the training plan was tailored to those people’s needs and resulted from the previous discussions.

TSS: What are the most important achievements of the project?

Before, Slovak authorities and regions were very poorly informed about the overall situation of their resocialisation structures.

Moreover, the respective centres often hardly knew about one another and there were great disparities among them. Now, all these parties have started to communicate and harmonise their activities.

In the domain of drug addiction services, the most difficult thing is working alone, because nobody can do everything. The legal, financial, political and healthcare situation is constantly changing and experts must keep their knowledge up-to-date. The simple outcome that they are now meeting and talking together is already a great success.

In parallel with the twinning project, a group of Slovak professionals decided to create a new association uniting experts and institutions that should assure a certain lobby and serve as an exchange platform. Its first general assembly was held in December.

Another concrete output of our twinning project, and one of the most significant ones, was a
legislative change that resulted from the discussions I mentioned earlier.

A package of recommendations was submitted to the Slovak Ministry of Labour, Social Affairs and Family which incorporated them into a new bill and introduced it to the parliament.

The amendment, which regulates the organisation of resocialisation centres both on the regional and national levels, was passed last year and came into force on January 1.

The experts were able to directly participate in the legal process and this is a considerable achievement.

TSS: The project will officially end at the end of January. Will the co-operation among the authorities, regions and resocialisation centres continue?


MC: Definitely yes. What we did was not, and did not aim to be, a revolution, but it is nevertheless a guarantee of sustainable development.

Resocialisation centres in Slovakia now have a good legal framework and better funding, the network has become stronger and a number of additional projects are in sight due to the national and international links we established.

The conclusion of the project will not represent any rupture, not even an important change. This is exactly what we wanted to attain.