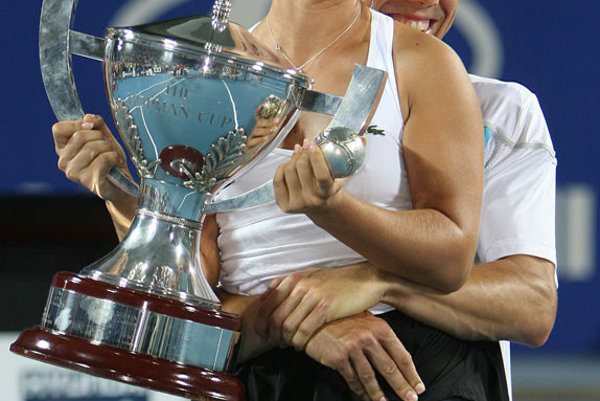 The tournament is the unofficial World Cup for mixed international teams, and is held under the auspices of the International Tennis Federation (ITF).

Dominika Cibulková and Dominik Hrbatý completed their successful campaign on the hard-surface courts of the Burswood Dome by winning 2:0 in the finals over the favoured Russians on January 9.

The pair did not need to go to a doubles decider as both won their individual finals.

Slovakia’s previous winners were Katarína Habšudová and Karol Kučera in 1998 and Daniela Hantuchová and Hrbatý in 2005. Slovakia did not compete in the three events between 2006 and 2009.

The result is a huge success for Slovak tennis, which has experienced some tough years recently, Sme wrote. Bookmakers had ranked the team seventh out of eight in the odds, with Hrbatý placed as the last man in the chart (he is 253rd in the ATP rankings).

Moreover, Cibulková is the only female player to have repeated Serena Williams’s triumph in Perth in 2003, by winning all her singles and doubles matches.