THERE is worldwide optimism that Barack Obama's presidency will improve US relations with the rest of the world, a BBC World Service poll suggests. Slovak political officials expect, too, that relations between the US and the European Union as a whole will improve, and that that will include Slovakia as well. 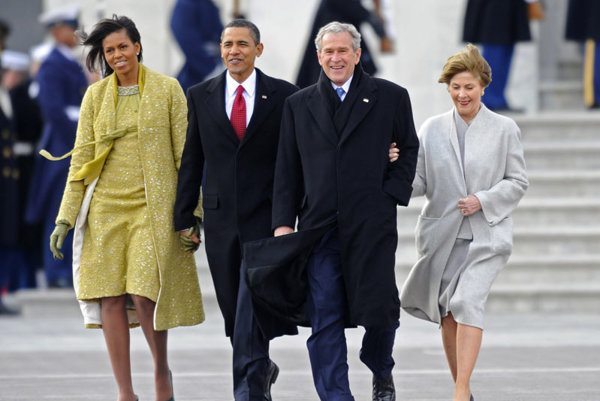 THERE is worldwide optimism that Barack Obama's presidency will improve US relations with the rest of the world, a BBC World Service poll suggests. Slovak political officials expect, too, that relations between the US and the European Union as a whole will improve, and that that will include Slovakia as well.

About 67 percent of more than 17,000 people in 17 countries said Obama would strengthen US relations abroad, according to the BBC poll.

Slovak president Ivan Gašparovič congratulated Obama on his inauguration and noted that the new president was starting office in a complicated economic and international situation.

“As you start in the Office of the President of the United States, there are great expectations not only from the public in the US, but also from citizens in many countries of the world,” Gašparovič stated in his message to Obama, published on the website of the Slovak president’s office.

“Of course, we expect good cooperation with Europe, with the European Union,” Baška told The Slovak Spectator.

Foreign Affairs Minister Ján Kubiš, who will soon become the executive secretary of the United Nations Economic Commission for Europe, headquartered in Geneva, said that he expected a better partnership and good cooperation from the new US administration when solving problems.

“In the first place, with Europe,” Kubiš stressed in a joint interview with The Slovak Spectator and the SITA newswire.

Kubiš also welcomed Obama’s pledge to close down the controversial prison at Guantánamo Bay in which, according to press reports, about 250 alleged terrorists are still being held.

“This was a blemish, a shame for the US,” Kubiš said. “This was one of the signal moments which
undermined the position of the US in the world as a vanguard of democracy, as a country that is an absolute advocate and keeper of human rights.”

Referring to the fact that Obama, a Democrat, has retained Robert Gates in his position as Secretary of Defense, even though he was nominated two years ago by the Republican president George Bush, Kubiš said that Slovakia should follow this example of how representatives of a ruling coalition can cooperate with the opposition. His comments semed to be at odds with those by the speaker of the Slovak parliament, Pavol Paška, who recently said:

“The winner takes it all.

However, Kubiš said it takes a more mature and better developed environment for election winners to cooperate with representatives from defeated parties.

“I am quite disappointed, as I came here as someone untouched by domestic politics,” Kubiš explained. He previously worked abroad as a top diplomat.

“The level of malignancy and animosity, and the failure to communicate, which exists here across the whole political spectrum is very deeply rooted in our political culture,” Kubiš stressed.

The Secretary of State in the new US cabinet will be Hillary Clinton, who visited Slovakia in 1996, as the wife of the then president Bill Clinton. At that time she was unimpressed by the behaviour of the prime minister of the day, Vladimír Mečiar, who she likened to Zimbabwe dictator Robert Mugabe.

In her book, Living History, Clinton singled out Mugabe and Mečiar as the only two world leaders whose actions she found 'personally disturbing'.

Of Mečiar, she wrote in her book: “A former boxer, he sat on one end of a small couch; I sat on the other. . . . By the end of our meeting, I was wedged tightly into the corner of the couch, appalled at his bullying attitude and barely controlled rage.”

Kubiš said that the current ruling coalition, which includes the Movement for a Democratic Slovakia (HZDS) party still led by Mečiar, has changed. He expressed his hope that Clinton would notice the huge development and progress since the last time she visited Slovakia.

Slovak politicians do not see any problem in electing as president someone with another skin colour or someone from an ethnic minority – although observers of the Slovak political scene (see article on page 2) say that apprehension among the Hungarian ethnic minority has recently intensified, as representatives of the current ruling coalition, in their opinion, support nationalism.

Baška told The Slovak Spectator that he would vote for a presidential candidate, even if the candidate was of Hungarian nationality, or of Roma ethnicity.

“This is not a problem for me, why not?” Baška said. He added, however, that the candidate would have to fulfil certain conditions.

Asked whether he would vote for a candidate of Hungarian nationality or Roma ethnicity, Culture Minister Marek Maďarič answered that he did not refuse, a priori, a candidate of any skin colour or nationality, but that he always picked from the current possibilities.

“This is a very theoretical question,” Maďarič told The Slovak Spectator.

According to Kubiš, by electing an African-American for president, the US gives an excellent example of “what democracy, a well-built civic society, and citizens’ courage can do”.

“I am proud that in a historically short period of time, the US has undergone such a historic transformation,” Kubiš said for The Slovak Spectator. “Let us learn our lesson from that, too.”