Gas flows again, as the cost is counted 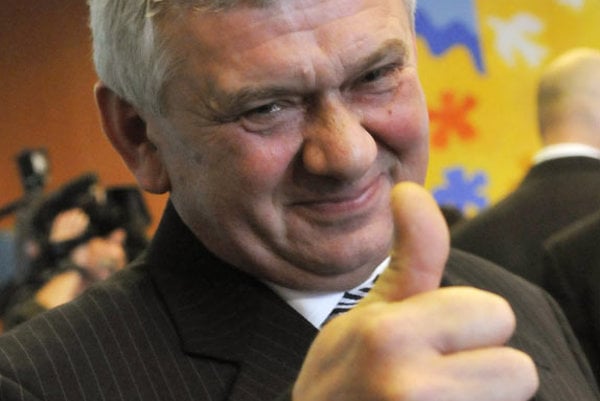 The economy of gas-thirsty Slovakia had started to return to its normal pulse on January 19 as the country began receiving deliveries via the Czech Republic, by a route which bypassed Ukraine, allowing restrictions on natural gas use to be lifted.

Restrictions put in place on January 6 had required large commercial customers and businesses whose contracted gas consumption exceeds 60,000 cubic metres per year to reduce their usage to a minimum safe level.

Soon after the re-routed gas started flowing a Russian-Ukrainian agreement was finally clinched and deliveries began along the normal routes via Ukraine on January 20, with Slovakia’s major gas utility Slovenský Plynárensky Priemysel (SPP) confirming that deliveries had restarted. On January 21, SPP resumed shipments of Russian gas through Slovakia to other European clients via Austria and the Czech Republic. SPP reported no complications in gas supplies over the following days and SPP spokesman Ľubomír Tuchscher said that they were working just as smoothly as before the crisis began.
Meanwhile, the Slovak cabinet tasked Economy Minister Ľubomír Jahnátek with submitting a report on the consequences of the gas crisis and proposing preventive measures. The minister is also expected to produce a bill on emergency gas reserves to make the country better prepared for future gas crises. The state regulator for network industries was also asked to submit a comprehensive report on the state of the natural gas reserves stored in the underground reservoirs for the period of January 1 to January 20, the SITA newswire wrote.

Meanwhile, both businesses and market watchers started calculating the eventual losses and effects on companies and on the economy - but also on what a long-term gas crisis might have on a country overly dependent on Russian gas.

“Gas supplies in Slovakia were fully resumed after 13 days [of suspension],” said Marek Radvanský of the Slovak Academy of Sciences Economic Institute. “This drop, based on our calculations, might represent a 0.6-0.7 percentage point slowdown in GDP growth as compared to the previous prognoses, which represents €430 million - €500 million. Daily losses are estimated at €33 million - €38 million.”

According to Radvanský, in the event that there had been a longer suspension of gas supplies, daily GDP losses could have increased to around €103 million, the equivalent of a daily drop of 0.1 percentage points compared to pre-crisis GDP growth predictions.

“The shortfalls in production of particular businesses could be difficult to quantify because their differing levels of dependence [on gas] and the individual structures of their production mean they might be affected differently,” Radvanský told The Slovak Spectator. “At the same time, it is widely known that some companies were violating the level 8 supply restrictions and used gas in larger amounts despite the regulations.”

Some of the companies will have to pay penalties for violating their consumer contracts, Radvanský said.

Because of the simultaneous effect of the financial crisis and falling foreign demand for Slovak goods, the country has not felt the full impact of limited gas supplies, since most of the affected companies were not working at full capacity even before supplies were cut, Radvanský told The Slovak Spectator.

An analyst with UniCredit Bank, Ľubomír Krošňák, agrees that the gas crisis would have only a limited effect on GDP growth.

“Slovak companies would most probably not have worked at full capacity anyway due to the recession in the eurozone,” Krošňák told The Slovak Spectator. “We expect them to catch up with most of the missed production in the first quarter.”

The gas crisis might, however, have an impact on the profitability of the companies, and eventual reimbursement will be a long process and will require the support of the European Union, Krošňák added.

Martin Lenko, senior analyst with VÚB, another bank, said that considering the interruption of production in the most significant industrial companies, January might produce very weak data for industrial production.

“The question however remains whether firms try to recover the delay or, under the influence of the financial and economic crisis, they remain rather passive,” Lenko told The Slovak Spectator. “In the first case, the impact on GDP growth in the first quarter of 2009 should not be significant. In the second case, the growth of real GDP could be lower by approximately 0.3 percentage points compared to normal development without the gas crisis.”

Juraj Valachy of Tatra Banka agreed that in the current situation it will be rather difficult to distinguish the impact of the gas crisis from the effects of the financial crisis.

“However, if companies are unable to catch up the production they have lost, the impact on GDP growth could be 0.5 percentage points in the first quarter,” said Valachy. “However, this is the upper estimate and in reality it will be around half that.”

Businesses go back to work

Korean carmaker Kia halted production at its factory near Žilina because of the limited gas supply on January 8. Production was resumed with the morning shift on January 19, Dušan Dvořák spokesman of the company said.

“Overall, due to the halted supplies, we have not produced 4,500 cars,” Dvořák told The Slovak Spectator. “We will try to fill in the losses in production due to the gas break during the upcoming weeks.”

For Kia it means that the company will revise its January decision to cut weekly working hours - due to a fall in orders - to 30 and instead increase it to 35 hours per week.

“We will monitor the development of the situation in the markets and subsequently adjust our production plan so that we can flexibly react and thus reduce the impact of the crisis on the company,” Dvořák concluded.

Carmaker Volkwagen in fact resumed production on January 12 and has since been producing in line with its plan, a spokeswoman for the company, Miriam Repiská, told The Slovak Spectator.

Repiská chose not to make predictions for 2009 but admitted that “2009 will be a difficult year for the automotive sector”.

On January 19, steel giant US Steel Košice gradually began resuming production which had slowed after the company reduced its natural gas consumption to a technologically safe minimum on January 7. The company was able to adjust to the gas crisis thanks to cooperation with trade unions, company spokesman Ján Bača told SITA.

But an even more important impact of the gas crisis, according to Radvanský, will be the loss of trust in the country’s energy security.

“This effect would significantly deepen if real shortages appear in the supply of gas to households,” he concluded.