JANUARY’S gas supply problems have rather overshadowed wider economic developments. But one piece of recent news represents, simultaneously, a serious and an optimistic signal for Slovakia: the European Commission (EC) has sharply reduced its forecast for the country’s economic growth, but it still ranks Slovakia as one of the top economic performer within the European Union (EU). 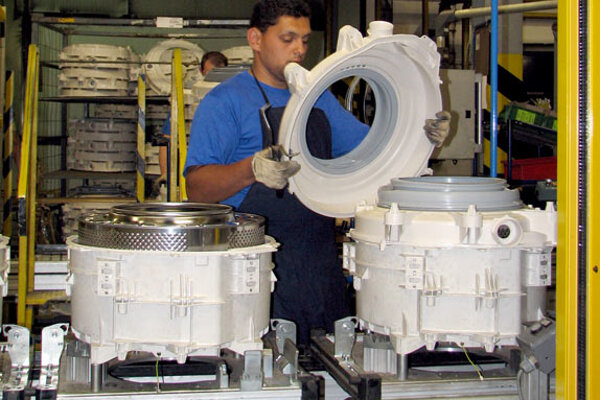 JANUARY’S gas supply problems have rather overshadowed wider economic developments. But one piece of recent news represents, simultaneously, a serious and an optimistic signal for Slovakia: the European Commission (EC) has sharply reduced its forecast for the country’s economic growth, but it still ranks Slovakia as one of the top economic performer within the European Union (EU).

Slovakia’s economy is expected to grow by 2.7 percent this year, according to the EC’s latest interim forecast released on January 19, as opposed to the 4.9 percent it predicted for Slovakia in its autumn 2008 forecast. The EC predicts GDP growth will increase slightly to 3.1 percent in 2010. The EC numbers also include a prediction that the jobless rate will rise to 10.6 percent in 2009 and remain as high as 10.5 percent in 2010.

Overall, GDP across the European Union is forecast to fall by about 1.8 percent in 2009 before returning to modest growth of 0.5 percent in 2010, an official EC release said.

The EC ascribes the deteriorating outlook to the impact of the intensifying global crisis in the real economy and predicts a profound effect on the labour markets of EU member states and their public finances. However, the commission also forecasts that inflation pressures, which were a major concern for policymakers as recently as six months ago, will continue to ease.

The January interim forecast was prompted by the rapidly changing economic situation as a result of the global crisis, said the EC, which publishes in-depth forecasts four times a year.

Robert Fico, Slovakia’s prime minister, told public service broadcaster Slovak Television on January 18 that he believes Slovakia has excellent preconditions to be one of the countries with the highest economic growth in the EU despite the gas and economic crises.

Local market watchers greeted the EC forecast as ‘realistic’ and said the relevant Slovak institutions could soon mark down their GDP growth predictions too.

“I don’t want to speculate what the numbers will be since I would first like to see our calculations and predictions,” Vice Governor of the National Bank of Slovakia Viliam Ostrožlík told the TASR newswire. “However, [according to some opinions] we will probably revise our prediction downward,” he added.

Slovakia’s Finance Ministry revised its macroeconomic prognosis for the forthcoming years on November 4, 2008, trimming an earlier 6.5 percent growth prediction for 2009 to 4.6 percent. A month later, the country’s central bank followed suit by trimming its forecast for real GDP growth for 2009 by 1.9 percentage points, to 4.7 percent.

The Slovak Statistics Office at around the same time scaled down its prediction of real economic growth for 2008 by 0.8 percentage points, predicting that it would stand at 7.1 percent.

The Statistics Office expected the economy to grow by slightly more than 6 percent in the last quarter of 2008, while in the first three months of 2009 growth would slow to 4.3 percent, the authority said in December 2008.

The EC forecast of 2.7 percent growth for 2009 is realistic according to both Martin Lenko, senior analyst with VÚB bank, and Juraj Valachy, of Tatra Banka.

“It is highly probable that other institutions will revise their prognoses,” Valachy told The Slovak Spectator. “The Finance Ministry has already suggested such a move in February.”

“Based on the latest news and outlooks on growth in the eurozone in 2009, we have revised our prediction for 2009 down to 2.4 percent,” Krošňák told The Slovak Spectator.

Commenting on the factors that might affect Slovakia’s GDP growth, Lenko says first and foremost will be the depth of the slowdown in surrounding European economies, since Slovakia has a particularly open economy.

“The economic crisis is imported to Slovakia and it is not a matter of internal weakness of our economy,” Lenko told The Slovak Spectator. “The second important factor is the scale of slowdown in domestic demand, which should be the driver of economic growth in 2009.”

Valachy agrees that developments in the eurozone will be of key importance for Slovakia.

Krošňák too sees the main reason for the revisions as being the deteriorating growth forecasts for eurozone economies which, according to the latest predictions, will experience significant recession.

“Slovakia is a small, open economy whose production is dependent mainly on exports to the eurozone,” he added.

While Krošňák suggested that the effect of euro adoption will certainly be to stimulate GDP growth, this effect is stretched over a long time period.

Since the date for euro adoption had been known about for a long time, Krošňák thinks that Slovakia has already been benefiting from it for as much as the last two years. It is also thanks to the switch to the euro that Slovakia has previously been able to post record GDP growth, he added.
Lenko also expects that adoption of the euro will contribute to GDP growth, but more over the medium term.

“In 2009, its contribution will instead be to simplify payments and reduce the costs of protecting against exchange-rate risks,” Lenko concluded.

According to Valachy, adoption of the euro could, on the one hand, bring new investments but could, on the other, through the strong exchange rate, hinder exports to neighbouring countries which have not yet joined the eurozone.