NOT LONG ago, inflation was once one of the most feared side-effects of the adoption of euro in Slovakia. But just a couple weeks after the country switched to the new currency the threat of it seems to be fading fast. In fact, the price growth for goods and services in December slowed even faster than the country’s central bank had expected. 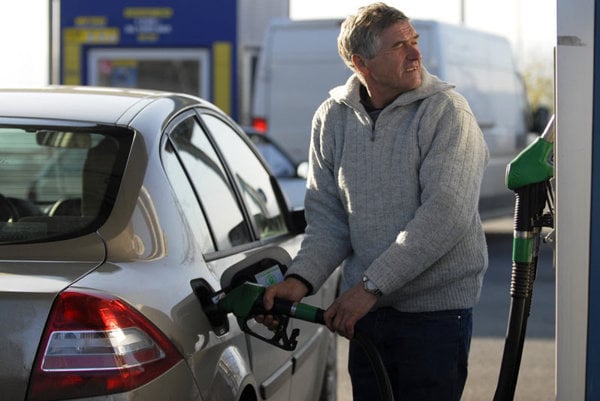 NOT LONG ago, inflation was once one of the most feared side-effects of the adoption of euro in Slovakia. But just a couple weeks after the country switched to the new currency the threat of it seems to be fading fast. In fact, the price growth for goods and services in December slowed even faster than the country’s central bank had expected.

Market watchers suggest that lower inflation is an indicator of the slowdown being experienced in eurozone economies. Growth in consumer prices measured by the EU’s harmonized index of consumer prices (HICP) slowed throughout December 2008, during which harmonized inflation stood at 3.5 percent year-on-year, as compared to 3.9 percent in November, the Statistics Office said.

Inflation thus dipped to its lowest level since March 2008.

However, consumer prices seem to be behaving similarly throughout the European Union. The European Commission in its interim forecast for the economies of the European Union and the eurozone published on January 19 suggested that “inflationary pressures are abating rapidly amid faltering commodity prices that drove inflation in the past”.

Headline inflation in Slovakia slowed from 4.9 percent in November to 4.4 percent in December 2008, producing a year-on-year average of 4.6 percent, according to the Slovak Statistics Office.

“Unambiguously, oil prices have had the strongest effect on the development of inflation in Slovakia,” Juraj Valachy, an analyst with Tatra Banka, told The Slovak Spectator. “These, to the largest degree, get reflected in the prices of fuel, which have dropped by more than 25 percent since August 2008.”

Since fuel makes up a significant part of the cost of products and services, the decrease should soon be reflected in the prices of these goods and services, putting more downward pressure on inflation, Valachy said.

Senior analyst with the VÚB bank Martin Lenko attributes slower growth in consumer inflation to the slowdown in the growth of food prices and the continuous drop in fuel prices: an impact, he said, of the drop of oil prices, which is in turn bound to the global economic crisis.

“The factors contributing to a slowdown in inflation in most European Union countries are more or less shared,” analyst with UniCredit Bank Ľubomír Krošňák told The Slovak Spectator.

According to Krošňák, along with the lower fuel and cheaper food a moderation in so-called demand inflation is also contributing to the developments.

He said that lower demand inflation is a direct consequence of the slowdown in the economies of the European Union and the subsequent drop in household demand.

As for the impact that the switch to the euro might have on inflation, the official estimate of the National Bank of Slovakia was based on the experiences of other countries which switched to the euro, plus 0.3 percent added to the year-on-year growth in inflation, said Lenko.

“Considering the economic crisis in the world, the real impact of the adoption of euro in Slovakia on our prices will certainly be difficult to calculate,” Lenko said.

VÚB’s estimate falls close to the European Commission’s figures: for 2009, the bank expects average inflation to stand at 2.9 percent and in 2010 at 3.3 percent.

“During the first few months of 2009 we expect a further slowdown in the growth of the CPI [Consumer Price Index], which should in the third quarter of 2009 reach 2.5 percent, down from December’s 4.4 percent,” said Lenko.

He expects inflation at the end of December 2009 to stand at 2.6 percent year-on-year.

According to Valachy, Tatra Banka expects average harmonized inflation to reach 1.9 percent in 2009, with the main factor behind the low figure being the ongoing effect of the drop in oil and energy prices.

The impact of euro adoption will appear in some rounding-up of the prices of goods, but this should not have a considerable impact on inflation, Valachy said.

“In the upcoming years, we expect the impact of the euro to be felt mainly in the prices of services, which are expected to climb gradually to the levels in the older members of the eurozone,” Valachy told The Slovak Spectator.