RICHARD Raši took over as health minister on June 3, 2008 after his predecessor, Ivan Valentovič, resigned for personal reasons. He arrived at the ministry from his previous job as director of the Bratislava Teaching Hospital and Polyclinic, a post in which he got to experience some of the hottest problems in health care at first hand. 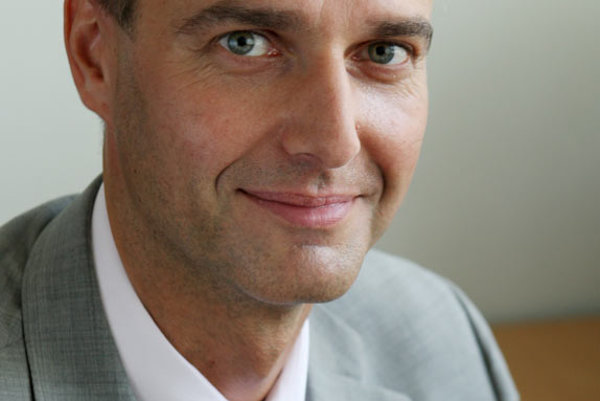 RICHARD Raši took over as health minister on June 3, 2008 after his predecessor, Ivan Valentovič, resigned for personal reasons. He arrived at the ministry from his previous job as director of the Bratislava Teaching Hospital and Polyclinic, a post in which he got to experience some of the hottest problems in health care at first hand.

The Slovak Spectator spoke to Minister Raši about plans to eradicate health-care facilities’ debts, the health insurance system, the outflow of medical workers abroad as well as the higher average age profile of some medical workers.

The Slovak Spectator (TSS): In what state was the health-care sector when you took over from your predecessor? What are the fundamental goals you want to achieve by the end of the present electoral term (i.e. mid-2010)?
Richard Raši (RR): Certainly better than when my predecessor himself took up his post.
Regarding goals, the European Commission’s national programmes are of a high importance for us. I’m glad that the Operational Health Care Programme has started well. Thanks to this programme conditions for the provision of health care, but also the working conditions of medical workers at the health-care facilities which have successfully enrolled in this programme, will improve. Implementation of information technology across the health-care sector - or e-health - as well as completion of the new Catalogue of Medical Performances - that is, the catalogue of individual treatments or actions, used to calculate prices of medical treatment - are no less important.
Regarding actual legislation, I would certainly mention the Law for Protection of Non-Smokers. I believe that the ‘fight’ in parliament for this law, scheduled for February, will be victorious and that conditions for, and in particular the rights of, non-smokers in Slovakia will improve significantly.

TSS: In 2008, the Slovak government approved a debt settlement concept for health-care facilities. These facilities should be freed of their debts as early as this year. The concept proposes three ways to achieve this: (1) provision of returnable financial assistance, (2) creation of a Slovak clearing company and (3) a subsidy from the state budget. How is the solution of this problem going and how big are the debts?
RR: The Slovak government approved the concept of a system for solving the external and internal indebtedness of health-care facilities in the medium term in December 2008. For the time being we are working on agreeing with the Finance Ministry on one of the alternatives presented by this debt settlement system.

Before new principles or forms of effective management are proposed, it will be necessary to identify the reasons for the debts. It will be necessary to analyse the structure of costs and afterwards to look for measures to make spending more effective, but only on condition that health care remains accessible and at the current quality level.

This concept does not only mean settlement of existing debts but also introduction of certain systemic measures to eliminate creation of future debts in these facilities.

For example, if we pick up the option of one-off debt settlement, the health facility in question will have to work out a business plan demonstrating its ability to prevent the creation of any new debts and to start returning the financial assistance provided after two years.

TSS: In the Euro Health Consumer Index (EHCI), which the Health Consumer Powerhouse, a survey company, released in November, Slovakia was ranked 22nd out of 31 countries. Milan Dragula, the president of the Slovak Medical Chamber, said the share of GDP allocated for health care in Slovakia was one of the reasons behind Slovakia’s ranking. While the European Commission recommends countries allocate 8.5 percent of GDP to finance health care, in Slovakia the figure is only just over 6 percent of GDP.
RR: The Health Ministry took as a positive sign the news that Slovakia had not only kept its position according to this evaluation of health care in the EU, but improved it by one place compared to the previous year. Arne Björnberg, the director of research for EHCI, commenting on Slovakia’s ranking, said that Slovakia posted some improvements with regards to the rights of patients and information, as well as outcomes. He also highlighted the introduction of a layman-adapted pharmacopoeia [official compendium of drugs]. Such information for users is very rare in central Europe, he said.

Nevertheless, the ministry does not think that the current state of health care in Slovakia is ideal. But we think that the method of gradual steps to benefit patients and medical workers has been shown to be more fruitful. Certainly, usage of funds allocated from European operational programmes, which enable successful applicants to modernise and reconstruct their medical facilities, but also the introduction of e-health will certainly contribute to a better shape for health care in Slovakia.

TSS: As of 2009 private health insurers are obliged to submit their annual budgets for review by the government. What is the reason behind this step?
RR: Responsibility for the health policy of the state, the strategic allocation of funds and the financial sustainability of the whole health-care system are all key, which was the reason for [requiring] health insurance companies to submit their budgets to the government for review. The government is obliged to pursue the public interest, defined by law as accessibility of health care, its quality, and financial balance within the public health insurance system. The cabinet submits to parliament the state budget and is responsible for the whole budget of the public health insurance system. This consists of the budgets of individual health insurers, which are subjects of the public administration and on which the government logically has to have the opportunity to take a stance. Otherwise it could hardly take responsibility for the health-care policy of the state.

TSS: Some medical sectors report a high proportion of doctors in pensionable or pre-pensionable age, for example general practitioners. The outflow of medical workers for better conditions abroad is another problem. How does the Health Ministry propose to solve these problems?
RR: We are registering the return of nurses as well as doctors from the Czech Republic to Slovakia and, simultaneously, a smaller outflow of Slovak medical workers abroad. This is happening partly because wages in medical facilities under the Health Ministry are continuously growing. Since 2006 they have risen four times and we want to continue this trend. At the same time we realise that increased wages are not the only form of motivation, but I still consider this to be the strongest criterion.

TSS: At the end of 2008 the Health Ministry introduced new quality indicators for evaluation of health care. How do they differ from previous indicators? What do they enable you to monitor?
RR: We extended the list of quality indicators along with other relevant indicators, while omitting some previous ones. We gave preference to indicators of quality for simple, frequent treatments carried out in large numbers. The intention was also to introduce quality monitoring indicators in other medical sectors, where they have not existed before.

The list was also extended by the addition of some economic indicators linked to spending. The intention was to get relevant data about the effectiveness of common examination and treatment branches and transport services, and about the movement and frequency of patients at surgeries and expenditure on medicines and medical aids.

TSS: The European Union regards the fight against smoking as one of its public health priorities. The data available from 2006 indicate that as many as 38 percent of Slovaks older than 18 years smoke and that smoking among children and young people is increasing. What are the Health Ministry’s plans in this field?
RR: The plan is clear. The ministry is eager to see proposed new anti-smoking legislation adopted. The parliament will deal with the bill on protection of non-smokers in a decisive second reading in February. Those who want to can create [public] spaces for smokers, which will have to be separated from non-smokers’ areas. The area for non-smokers must comprise at least 50 percent of the total area and must be located at the entrance to the building or facility.

Among the main duties of bars and restaurant owners is the creation of conditions for the protection of non-smokers from passive smoking, including employees of bars and restaurants. Other duties include the obligation to post in a visible place information about where and through which supervisory bodies a citizen can act if the smoking ban is violated.