Trying to tame the price of drugs

THE HEALTH Ministry believes the current proportion of total health spending being devoted to drug purchases is too high. To reduce it, the scheme used to set prices for medicines covered by public health insurance has been changed. This should mean that the prices paid for these drugs in Slovakia do not exceed the average of the prices for each drug in the six cheapest EU national markets. Another approach being adopted is to reduce spending on pharmaceuticals is to increase the use of generics. 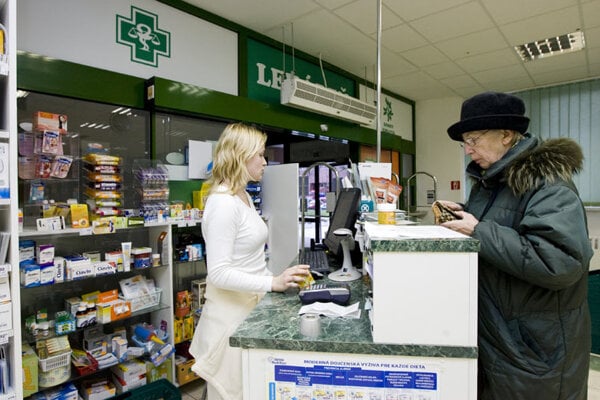 THE HEALTH Ministry believes the current proportion of total health spending being devoted to drug purchases is too high. To reduce it, the scheme used to set prices for medicines covered by public health insurance has been changed. This should mean that the prices paid for these drugs in Slovakia do not exceed the average of the prices for each drug in the six cheapest EU national markets. Another approach being adopted is to reduce spending on pharmaceuticals is to increase the use of generics.

Slovakia spends about one third of all the money collected from public health insurance subscriptions on drugs, and the amount is increasing annually. In 2007, health insurers paid €892 million for medicines and patients paid an additional €135 million. During the first nine months of 2008 insurers paid €706 million, with patients adding €113 million.

Kees de Joncheere, who is currently responsible for Health Technology and Pharmaceuticals at the World Health Organization’s regional office for Europe, attributed increasing pharmaceutical spending not only to increasing consumption of medicines, but in particular to the arrival of new and expensive medicines on the market, the SITA newswire reported. De Joncheere was speaking at a national conference on the impact of health and medicines policies on population health outcomes which took place in Bratislava in late November 2008. The ageing of the population and the identification of new illnesses also push pharmaceutical spending up.

The scheme’s new principle is that the price of a medicine which a manufacturer wants to introduce onto the Slovak market should not exceed the average of the six lowest prices for which this medicine is sold in other EU states, or in the state where the holder of the registration for the medicine is based if it is not an EU state.

In the past, the reference basket contained the three lowest prices in nine reference countries and the maximum price was calculated as the arithmetical average plus 10 percent, Soňa Strachotová, the executive director of the Slovak Association of Research-Based Pharmaceutical Companies (SAFS), explained to The Slovak Spectator.

The ministry is applying the new reference pricing scheme to all medicines which want to enter the Slovak market, i.e. medicines which are new to Slovakia. But as part of the so-called categorisation process the new scheme is also being applied for the first time to medicines already on sale in Slovakia and covered by health insurers. The new scheme was first used in January 2009 and the new prices will be valid as of April 1, 2009.

“Thanks to this we have in many cases managed to agree with pharmaceutical companies a significant decrease in the prices at which these medicines are supplied to the Slovak market,” Minister Raši said. “We expect this decrease in prices to result in savings in spending on medicines paid for from public health insurance.”

How drug pricing works in Slovakia

While prices for over-the-counter medicines, which include medicines to help people stop smoking or lose weight, are entirely market-based, the prices of medicines prescribed by doctors or used in hospitals are subject to regulation in Slovakia.

When assessing the price proposed by the manufacturer the commission takes into particular consideration the effectiveness of the medicine, the benefits of its use and the costs of treatments which use it.

The Health Ministry then decides on inclusion of the drug into the categorisation list on the basis of the application submitted by the manufacturer and the recommendation of the Categorisation Commission, said Hochel.

“Data about the price of a medicine abroad are important when assessing the price of it proposed [in Slovakia] by its producer,” he said.

“In an effort to reduce pharmaceutical spending while securing the widest possible availability of medicines to patients the ministry applies the categorisation process four times per year,” said Hochel. This means that every three months the ministry issues a new price regulation and a new categorisation list, which reflects the prices of medicines which were approved on the basis of applications by producers.

“This system supports the market mechanism by encouraging producers to propose reduced prices for their medicines if their competitors have done so during the previous cycle,” said Hochel.
SAFS, which represents manufacturers of original drugs, says it is too early to assess the new scheme.

“But we hope that the new pricing scheme will in no way affect the availability of the newest original drugs to Slovak patients,” Soňa Strachotová, the executive director of SAFS told The Slovak Spectator.

Substitution of original medicines by generics is another way to save funds in the health care system.

“The Health Ministry supports the entry of as many generics as possible on the Slovak market because these medicines secure the patient an equivalent therapeutic effect with a significant saving of public health insurance funds,” Minister Raši told The Slovak Spectator.

The ratio between original and generic drugs in Slovakia has been stable for several years. Since 2004 the consumption of original medicines, when calculated by expenditure, was between 52 and 56 percent of total pharmaceutical spending, according to SAFS. In terms of the number of packets of medicine, the share of originals has hovered between 22 and 23 percent.

“Within the European Union, Slovakia ranks among those countries with the highest consumption of generics measured by number of packets,” said Strachotová.

“Generic medicines enable more patients to be treated at a lower cost and in this way patients have access to well-proven and quality treatment,” Igor Novák, the chairman of Genas, the association of generic drug producers in Slovakia, told The Slovak Spectator. “The entry of a generic medicine onto the market means financial savings for the health-care system which can be used for new, innovative medicines.”

There is an increase in positive cases.