From a village to a town

THIS POSTCARD shows Dolný Kubín, in the centre of the picturesque Lower Orava region, as it looked in 1924. With its several church towers and peeping roofs, it was a very charming place. 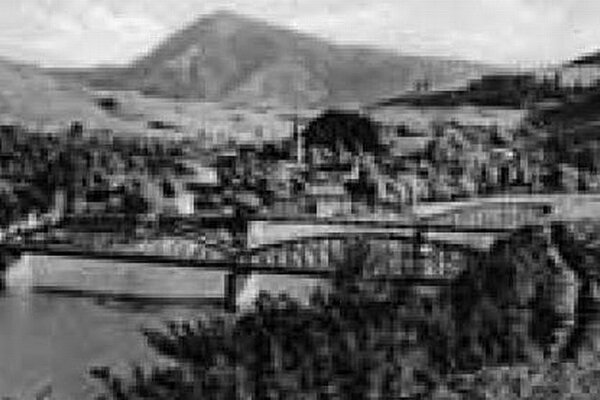 THIS POSTCARD shows Dolný Kubín, in the centre of the picturesque Lower Orava region, as it looked in 1924. With its several church towers and peeping roofs, it was a very charming place.

The story of Dolný Kubín is an example of how villages were gradually turning into towns throughout history.

In 1632, the locals of Dolný Kubín were freed from forced labour and the head of the Orava domain made them burghers for the sum of 10 guilders a year.

This involved, however, numerous obligations on the part of the new citizens to make Kubín look more like a town.

They were, for example, allowed to build only “neat and orderly” houses. It is also likely that, as in other boroughs, town's folk had to prevent their cattle from wandering in the streets and their geese from paddling in puddles.

The economic aspect of Dolný Kubín’s new position as a town was not insignificant. Together with many other town rights, the locals were permitted to hold a town fair.

This was extremely important, as the existence of many towns in those times was directly dependent on the earnings from such fairs.

In spite of this progress, Dolný Kubín was still more of a village than a town. The roofs of the houses were most often made of wood shingles and straw, causing frequent fires.

Stone and brick buildings started to appear only in the second half of the 19th century and Dolný Kubín slowly began to acquire the characteristics of a town.

A curent story about Dolný Kubín appears in Around Slovakia on pg 12.