THE FULL effects of the global economic crisis are starting to be felt in Slovakia, with its open and export-oriented economy. 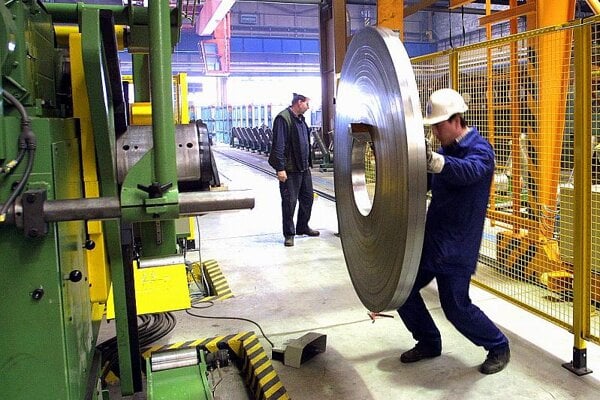 THE FULL effects of the global economic crisis are starting to be felt in Slovakia, with its open and export-oriented economy.

Companies have started announcing mass layoffs almost every day, pushing up the total number of the unemployed by thousands. Others are cutting working hours or introducing flexible working patterns. In addition, Slovaks who have lost their jobs abroad are returning home and swelling the ranks of jobseekers.

At the end of December 2008, almost 249,000 people were jobless and seeking work in Slovakia, putting the unemployment rate at 8.39 percent. Compared to November 2008 this represented a rise of 0.59 percentage points, and was the highest level since April 2007, the National Labour, Social Affairs and Family Office (ÚPSVAR) announced on January 20.

Ján Sihelský, the head of ÚPSVAR, said he expects further growth in unemployment in the upcoming months, with the total peaking in June, the ČTK newswire reported.

From October 2008 until mid-January 2009, employers in Slovakia informed labour offices of 98 mass layoffs. These translated to almost 10,200 lost jobs.

“Another 211 employers are signalling to us that 5,863 further positions are endangered,” Sihelský said, as quoted by the SITA newswire. In Slovakia, any employer planning to reduce its labour force by 20 or more people within three months must announce its intentions to the local labour office in order for it to prepare for an influx of jobseekers.

During the second half of January, Kronospan, the Železiarne Podbrezová steel mill, Trens, PPS Group, Way Industry Krupina and Immea announced large cuts in their labour forces. The automotive, metallurgical, clothing and food industries have been the worst-affected sectors.

Sihelský did not rule out a link between the rise in unemployment and the crisis but he said his office was unable to specify how many people were losing their jobs as a direct result of it.

Vladimír Hašto, the head of information and statistics at ÚPSVAR, ascribed the increase in the number of jobless to mass layoffs, an inflow of unemployed Slovaks from abroad and the termination of seasonal work. Compared to December 2007, the jobless rate rose by 0.4 percentage points.

The number of Slovaks who lost jobs in other European Union member states rose faster in December 2008 than in previous months. While in November 897 Slovaks were made redundant, in December the figure was 1,226. Blue-collar workers lost the most jobs, the ČTK newswire wrote.

“Most people who lost jobs in the EU returned to the Prešov region,” Sihelský said, according to ČTK. The latest available data, from September 2008, suggests that 250,000 Slovaks were working abroad at that time.

Southern and eastern Slovakia continues to suffer from the highest unemployment, with Rimavská Sobota, Revúca and Rožňava Districts reporting the country’s highest December jobless rates, of between 26.83 and 21.74 percent. Bratislava’s unemployment rate, of 2.27 percent, with a slight monthly increase of 0.09 points, means it remains the lowest-unemployment region, the ÚPSVAR December statistics show. The long-term unemployed continue to make up the biggest portion of jobseekers: those who had been without jobs for more than one year numbered 107,523, accounting for 43.3 percent.

While some companies are addressing their acute problems and declining orders by cutting their labour force, others have reduced working hours instead.

Following an agreement with local trade unions, steelmaker US Steel Košice (USSK), whose almost 14,000 employees make it the biggest employer in eastern Slovakia, will cut its working week by one day as of February 1. USSK employees will work only four days per week, receiving 60 percent of their normal wages for the unworked day.

“This measure was not easy,” USSK spokesperson Ján Bača told SITA. “This will help us reduce costs and minimise the impacts on the families of our employees.”

Kia Motors Slovakia, the Slovak arm of the South Korean car producer, has also cut the working week of its employees. By reducing the average working shift to seven hours it has responded to the drop in demand for passenger cars in Europe caused by the global economic crisis.

Volkswagen Slovakia has created a special programme to maintain employment in its plants in Slovakia and to tackle the problems which the automotive industry faces.

The programme includes a flexible shift model, provision of additional free days or transfers into positions at other plants operated by parent company Volkswagen AG, Daniela Rutch, spokeswoman for Volkswagen Slovakia, wrote in a press release.

The carmaker is using a new approach, known as flexikonto in Slovak, by which it hopes to retain skilled labour. This is a long-term worked-hours account which is intended to manage employees’ working time flexibly during swings in production. It allows employees to stay at home on full pay, with the unworked hours recorded in individual accounts. Later, over a period of years, the employee is intended to work the hours in the form of overtime.

Volkswagen is also offering severance pay to those workers willing to leave the company voluntarily, as well as the opportunity to take unpaid time off.

The crisis is also being reflected in the lower number of job vacancies. While employers were filling vacancies only with difficulty as recently as the early autumn of 2008 - and the demands of potential employees were rising steeply in response - the situation has now changed dramatically.

“We are below 10,000 vacancies for the first time in history,” said Sihelský, as quoted by SITA.

Profesia, a company which runs a jobs portal, has also reported a steep drop in vacancies amounting to almost 40 percent compared to the same period a year ago.

“For the time being there are about 6,500 vacancies at the job portal Profesia.sk,” Lucia Burianová, Profesia’s spokesperson told The Slovak Spectator. “At the end of January, 39,889 people had their CVs at the portal. But the number of people searching for a job is much higher because not all jobseekers put their CVs on the portal.”

Sales managers, administrative workers, accountants, IT programmers, consultants and analysts are the most sought-after professions on the portal. The highest number of vacancies are in trade, finance and accounting, IT, administration and banking, said Burianová.

“During the next few months we expect a low level of recruitment by companies and demand for work significantly to exceed the supply of free places,” Dalibor Jakuš, the executive director of Profesia told The Slovak Spectator. “This will result in a growing unemployment rate.”