PRICE chaos, halted developer projects, sinking demand and reduced access to loans are now among the most frequently used terms being applied to the Slovak real estate market. 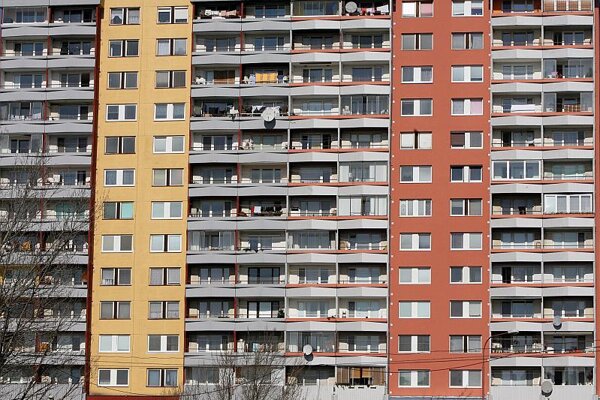 PRICE chaos, halted developer projects, sinking demand and reduced access to loans are now among the most frequently used terms being applied to the Slovak real estate market.

Some see a ray of hope in the prospect that Slovak banks might cut mortgage interest rates, but market watchers suggest that until people regain trust in the market, and feel secure in their jobs and incomes, demand will not revive.

On a positive note, observers say that the crisis is removing speculative projects from the market and reining in the previously mushrooming number of real estate agencies. They also expect that prices for older real estate, which they say has been significantly over-priced in Slovakia, will continue to fall for an additional six months or so.

While Daniela Danihel Rážová, the head of the Association of Real Estate Brokers, acknowledges that the economic crisis is being reflected in lower demand, price chaos and harder-to-get home loans, she adds that the current situation also owes its existence to another factor.

“The drop or freezing in the prices of older real estate had emerged even before the financial crisis - first of all as a reaction to the unjustified prices demanded by sellers, who had high hopes about people’s intention to invest their money in real estate ahead of the adoption of the euro,” Rážová told The Slovak Spectator. “Buyers were simply unwilling to pay the price asked.”

The financial crisis has so far hit big developers’ projects the hardest since these are hugely dependent on bank loans.

Banks’ caution in providing real estate financing was reflected in the numbers from last November.

The conditions for drawing on project loans have also changed rapidly, Rážová added.

While prices for older apartments have been dropping and will continue to do so, Rážová has not recorded significant discounts in the prices of newly built apartments, with a few exceptions. Developers have been trying to lure buyers through alternative incentives rather than directs discounts, she added.

While the luxury segment has shown that there was room for discounts - for example the 40 percent price cut that J&T Real Estate offered for the first stage of its River Park project in early November 2008 - the mid-category newly built apartment projects do not have such room, Rážová said.

What she sees as a positive development is that the price gap between different locations might grow as well.

“It is not possible to pay for a downtown brick apartment the same price as for a concrete flat in Podunajské Biskupice suburb,” she said.

The least-affected segment so far, according to Rážová, is that for construction plots and family houses in Bratislava.

The year-on-year comparison of real estate prices for the first quarter of 2009 will reveal a 25-30 percent drop, the National Association of Real Estate Agencies (NARKS) predicts. The prices of newly built apartments in Bratislava should stabilise at €2,000 - €2,324 per square metre, including tax, according to a report in the Sme daily.

In Košice supply far exceeds demand, according to a report by the TASR newswire, while falling prices have also been reported in Trenčín.

Few are willing to commit to a firm answer when asked whether this is the right time to buy real estate.

“Just as in any crisis, real estate can now be bought at very advantageous prices,” said Rážová. “But considering the price chaos in the market one needs to be able to recognise good offers since the advertised prices of many properties are still high above the level of the actual prices paid.”

Rážová also confirms that the crisis has been putting some real estate agencies out of business. However, she is quick to add that she thinks the process of cleansing the market is a positive one.

“Before, anyone could do business in real estate,” she added. “Currently, only the best will survive.”

As to whether cheaper mortgage loans could potentially give a boost to the real estate market, Rážová said that since this also is a ‘crisis of trust’ people are more cautious.

“People do not know where to invest their money and at the same time they are rejecting the risk of going into debt,” she said. “Until this crisis of trust is over, people need to have stable jobs with stable incomes and I am afraid that cheaper mortgages will not fundamentally help.”

The prices of apartments must drop to a level which is affordable given current incomes, and the market needs to stabilise, she concluded.

The challenge is to create an environment where the banking sector will lend to developers and investors for long-term and short-term business, Laurie Farmer, the director of real estate consultancy Spiller Farmer, told The Slovak Spectator last November.