The country of 200 newspapers

JUKKA Leino represents a country of 1,000 lakes, 200 newspapers, widespread broadband internet access and students with exemplary reading and maths skills: Finland. While his country’s language and even geography might pose some minor barriers, the Finnish ambassador to Slovakia believes that there are many areas where Finns and Slovaks can connect. For example, Finland is ready to share its expertise in internet technologies, or in utilising sources of renewable energy. 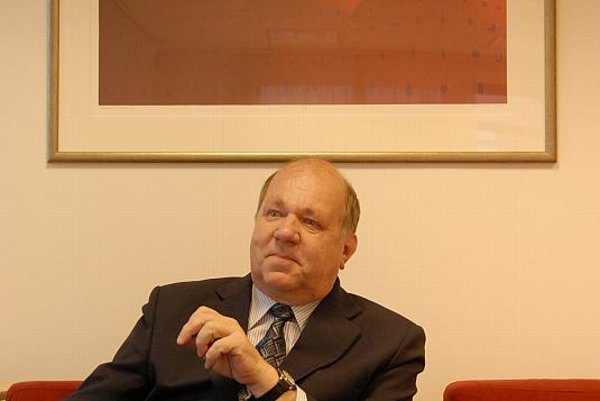 JUKKA Leino represents a country of 1,000 lakes, 200 newspapers, widespread broadband internet access and students with exemplary reading and maths skills: Finland. While his country’s language and even geography might pose some minor barriers, the Finnish ambassador to Slovakia believes that there are many areas where Finns and Slovaks can connect. For example, Finland is ready to share its expertise in internet technologies, or in utilising sources of renewable energy.

Leino believes that cultural barriers are much easier to cross in a globalising world and that the Finns are not quite the tight-lipped nation that their stereotype might suggest.

The Slovak Spectator spoke to Ambassador Leino about the high penetration of broadband internet, nuclear power and also the success of the Finnish education system.

The Slovak Spectator (TSS): Denmark, Finland, the Netherlands and Sweden are global leaders in terms of broadband internet access, according to a report last year by the European Commission. How has Finland achieved such success in high-speed internet penetration?
Jukka Leino (JL): We are a very large country and we want to make people connected. In 2004 the government adopted a countrywide strategy for the spread of broadband, which included 50 different points to make progress in this area. Then, on the local level, the so-called communes also passed their strategies for broadband. This has contributed to the fact that more than 70 percent of our people are now connected. Of course, people are curious and they want the latest technology, especially when it is easy to access.

TSS: The OECD’s student ability assessment programme, PISA, has consistently given Finland one of the highest rankings for reading skills, mathematics, science and problem solving. The World Economic Forum ranks Finland's tertiary education as being the first in the world, with around 33 percent of residents having a tertiary degree, one of the highest rates in the OECD countries along with Canada, USA and Japan. What is behind these achievements?
JL: Education is free for everyone from elementary to university level, and everybody has equal access. We have made our system very flexible and supportive towards the teachers, with the government supporting all kinds of education projects. We have also started promoting life-long education.

About one third of our population has a university degree, which is fuelled by two factors: it is free, and the system is very supportive. When you study you get different kinds of support, for example for your housing. We have about 20 universities and 29 polytechnics, which makes the network very tight.

TSS: One of Slovakia’s problems with its academic system is that it has been disconnected from the needs of business. Are there effective ties between the Finnish education system and research institutions and businesses?
JL: One of the reasons behind Finland’s good university education system is that the public and private sectors cooperate effectively. Educational authorities know what types of education are needed now and they know what businesses will need in five years and are hence able to innovate with their programmes.

Just to illustrate these efforts: we are establishing a new university in Helsinki, the Aalto. It will be a combination of three universities under one roof. One is the University of Arts and Sciences of Helsinki, the second is the Technical University of Helsinki and the third is the Helsinki School of Economics. We joined art, technology and economics, which is a very new concept in educational methods.

As for the number of foreign students in Finland, there is a substantial language barrier which makes the task of attracting them more difficult. However, our schools have invested in their image and would like to attract more foreign students. During recent years, the number of courses offered by Finnish universities has increased. As for the primary foreign language spoken in Finland, which is a bilingual country, it is definitely English, which is the most widely spoken.

TSS: There are about 200 newspapers in Finland, while the number of printed copies per capita is the highest in Europe and the third highest in the world. Are the Finns really such a keen newspaper-reading nation? What are the reasons for this?
JL: Finland is about four times bigger than Slovakia but the population of Finland is close to Slovakia’s. In the past every smaller town used to have a newspaper. It is really part of the Finnish lifestyle to start the day by reading a newspaper. If we look back 20 to 30 years everybody got the morning paper and in many places this habit has been preserved. Of course, today there is much progress in technology and people can read the news on the internet, but in Finland many people still want the ‘paper’ paper.

The Finnish press has always been independent. The main paper, the Helsinki Sanomat, is a high quality paper and I have often heard that it is the New York Times of the north. Its editorial content is on a very high level.

TSS: According to a Eurobarometer survey, citizens of Finland are best informed about their human rights (62 percent). Are there any specific reasons behind this phenomenon?
JL: In the background to all this there is Finnish or Nordic democracy. We are used to making decisions together with the public.

Secondly, I think one important reason is that in our education system human rights are included in every subject. You have everywhere this aspect of human rights. From the president to the youngest civil servant, human rights are stressed on every level.

We are at the northern corner of Western Europe and in a way we are very conservative. Because it is cold and dark, immigrants first go to Denmark or Norway. But of course when foreigners come to Finland we try to integrate them into society as early as possible.

TSS: What is the current situation on Finland’s labour market? Is your country facing any lack of qualified labour? If so, which are the most affected sectors?
JL: Our unemployment rate is about 6 percent, which is not too bad - but not too good either.

We already lack labour in some sectors and in the future, in a few years time, this will be even more the case. This is why we welcome trained and educated labour in health care and in some types of construction work. For example, we are now building a new nuclear power plant where we definitely need more foreign workers.

Ten years ago there was a strong movement against nuclear power but I think if we were to hold a poll today, the majority would vote for it. The argument is that if we are not building nuclear power plants we would be buying electricity from Russia produced at nuclear plants about 60 kilometres from our borders.

TSS: Your website says that the two most frequent pieces of advice given to foreign investors dealing with Finnish businessmen is: “Just go straight to the issue” and “Do not let the silence discourage you”. Could you explain why lies behind this advice?
JL: I will respond with an anecdote about two Finnish loggers. They went to the forest in the morning and after working silently all day, they went home. The next day they did the same without saying a word. In the evening they returned to their log cabin and went to the sauna and had a drink. When the younger one says to the older one ‘skol’ [‘cheers’], the older replies “hey, are we drinking or chatting?”

In a way this is the Finnish nature. But on the other hand, when you look at how much we use the internet and phones it seems misleading, since Finnish people communicate quite a lot.

TSS: Which areas of the Slovak economy are interesting for Finnish businesses? Has this potential in your opinion been fully explored?
JL: We have a lot of opportunities to explore in our economic cooperation and we have not yet used these opportunities. We have been following Slovakia’s efforts to grow into an information society and we have a lot of experience to share in this area.

There are many other areas where we can work together, for example renewable energy resources. We are both countries of forests and perhaps we can think about how we could exchange experiences in the forestry industry.

TSS: Are there intense academic contacts between Slovakia and Finland? Which are the preferred areas? And could you name some study or exchange programmes?
JL: I would like to see more such exchange programmes. However, we have a very active Finnish language section here at the Hungarian department of Comenius University and there are about 20 Slovak students being enrolled in Finnish studies.

There is a permanent Finnish lecturer who started her work last September.

For example representatives from the Economy University in Bratislava have also visited their counterpart university in Helsinki to develop some kind of cooperation. I very much support all these links.

TSS: Has the tourism potential between Slovakia and Finland been fully explored?
JL: This is another field where we could work together because we do not know much about each other yet. But Finns travel all around the world and are looking for new places.

The Slovak Embassy in Helsinki organised a Slovak Tourist Days event and it pleasantly surprised me that the whole city hall was filled with people, proving that there is an interest in Slovakia.

From Italy we have a lot of so-called mushroom tourists. They come to pick mushrooms and there is a company which collects the mushrooms and takes them back to Italy. Then we also have Santa Claus tourism in Lapland.

TSS: The health condition of Finnish citizens has improved considerably over the past decades. For example Finland has notably low smoking rates (26 percent among males and 19 percent for females). What has brought about such a shift in this area?
JL: We have done a lot to educate people and explain the damaging effects of unhealthy food and excessive drinking. We had very heavy eating and drinking habits and the ratio of heart diseases was very high. As a result of massive campaigns, people are now healthier.

A friend of mine, Dr Pekka Puska, started a campaign some 35 years ago and travelled around the country, almost from house to house.

Changing people’s habits is a slow process. The younger generation is much healthier. We also have new legislation according to which you are not allowed to smoke in public places.


Number of Finnish citizens living in Slovakia: about 40