TRADE and economic cooperation between Denmark and Slovakia is not yet wide-ranging, but there are a number of opportunities for development. While Danish businessmen praise the business environment and the tax system in Slovakia as well as its central geographic location, Slovaks can learn from Denmark how to be more energy efficient and increase use of renewable energy resources. 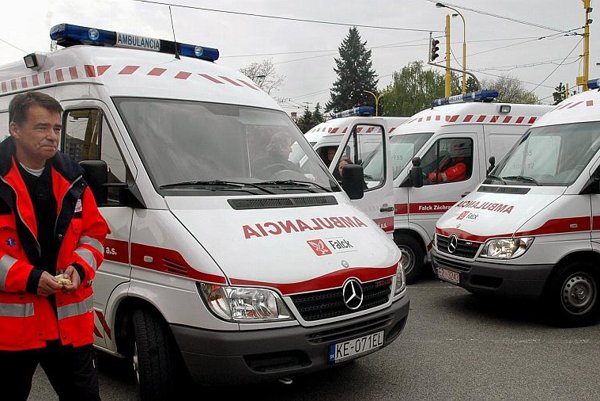 TRADE and economic cooperation between Denmark and Slovakia is not yet wide-ranging, but there are a number of opportunities for development. While Danish businessmen praise the business environment and the tax system in Slovakia as well as its central geographic location, Slovaks can learn from Denmark how to be more energy efficient and increase use of renewable energy resources.

Danish businessmen are already active in Slovakia. They have invested in footwear production, health care, manufacturing industry and in agriculture.

If the Danish businesses in Slovakia have a criticism it would be that conditions in connection with public procurement projects are not always completely transparent, according to Albertsen.

“In terms of number of employees, Danfoss in Zlaté Moravce is the largest Danish business in Slovakia,” Albertsen told The Slovak Spectator. Danfoss manufactures products for refrigeration and air conditioning, heating, industrial automation and other sectors.

Within the health-care sector Danish company Falck is active in the provision of emergency health in Slovakia. As of December 2008, Falck Danmark was the owner of Falck Záchranná, the biggest operator of emergency health services in Slovakia, the ČTK newswire reported. It operates 74 emergency stations here: more than one quarter of Slovakia’s network.

Other significant Danish companies in Slovakia include Unomedical in Michalovce, Lind Mobler in Krupina, Ecco in Martin, and Velux in Partizánske.

“In addition to this there are 10-15 large Danish investments within the area of agriculture,” said Albertsen. One of them is, for example, Dan-Slovakia Agrar, one of the leading farming companies in Slovakia. It specialises in pork, dairy and plant production.


Albertsen hopes that the economic ties between Denmark and the Slovak Republic will continue to develop and that Danish businesses will continue to find Slovakia suitable for establishing production facilities, finding suppliers and distributors or agents, setting up service centres, investing in the agricultural sector, selling and installing high-quality custom-made energy solutions, and selling consumer goods.

“I anticipate that Danish businesses within the area of renewable energy and energy efficiency could become major players in projects within these areas in the future,” said Albertsen. “Denmark is a world leader in the search to find and best explore sustainable energy sources as well as in using energy in the most efficient manner.”

While Slovakia, as a land-locked country, cannot make a use of Denmark’s experience in harnessing wave power to make electricity, it can use its skills in generating power from wind and, in particular, in extracting energy from waste and biomass.

In the latter, the Slovak company Datatherm cooperates closely with Danish company Juststen Energiteknik. Datatherm builds heating systems which use all types of biofuel. Its major projects in Slovakia include heating systems in Trenčín and Nová Dubnica. Trenčín’s biggest housing estate gets heat from burning straw. And in Nová Dubnica wooden chips are used as fuel.

Within the agriculture sector, Albertsen mentioned Dan-Slovakia Agrar in Veľký Meder in southern Slovakia, which specialises in pig, dairy and plant production.

Denmark does not use the euro and thus Slovakia’s transition to the European single currency will not change much in terms of cooperation between the two countries, which are similar in size as well as population. But Denmark perceives this step as yet further evidence of the positive development of the Slovak economy, according to Albertsen.

The level of trade between Denmark and the Slovak Republic has recently been increasing. Between January and October 2008, Denmark exported to Slovakia goods and services worth €204.5 million while total imports from Slovakia were €388.8 million, according to Albertsen.

“These numbers represented a significant increase compared to the same period in 2007 – an increase of 28.6 percent in imports and 26.5 percent in exports,” Albertsen told The Slovak Spectator.