Getting to know each other

FINLAND is the land of lakes and (according to some) where Santa Claus comes from. But it is also home to one of the world’s leading mobile phone producers. Such general facts are often the first to leap to the minds of Slovaks when discussing Finland because although both countries are members of the European Union cooperation in trade and business between them has so far been rather thin. 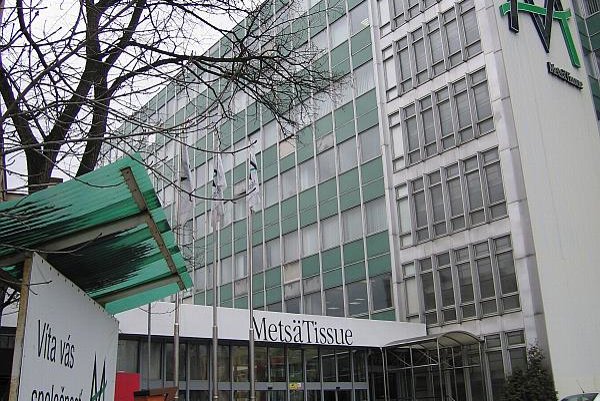 FINLAND is the land of lakes and (according to some) where Santa Claus comes from. But it is also home to one of the world’s leading mobile phone producers. Such general facts are often the first to leap to the minds of Slovaks when discussing Finland because although both countries are members of the European Union cooperation in trade and business between them has so far been rather thin.

Limited knowledge about each other might be one reason behind the low business contacts, which has left room for further exploration of opportunities. Red tape and excessively complicated regulations are other reasons cited by businessmen as preventing greater cooperation.

“Slovakia and Finland are part of our common European economic area, and therefore in practice home markets for our enterprises, so cooperation is quite easy and straightforward,” Sami Humala, the head of the Finpro office for Central and South Eastern Europe in Prague, told The Slovak Spectator. Finpro is an association founded by Finnish companies which assists in particular small and medium-sized Finnish companies to do business in other countries.

The Finnish perceive Slovakia as quite an interesting market which, according to Humala, is often overlooked in favour of larger central and eastern European countries.

“Promoting the possibilities is a necessity to get Finnish companies interested,” said Humala. “This is a must as Finnish companies are often risk-averse and markets that you do not know can easily be perceived as risky even if that is not the reality.“

Most Finnish companies which do business with Slovak partners are quite positive about the high quality of work and reliability of their partners.

“Slovakia has a relatively good reputation and is appreciated,” said Humala. “However, there are some problems and, for example, bureaucracy should still be reduced - especially with regards to investment incentives and clearer regulations.”

Humala cited Peikko Group as a Finnish company which did not get the incentives they were expecting according to the rules which had been stated.

There are a number of Finnish companies already well-established in Slovakia.

Probably the best-known Finnish company in Slovakia is Nokia, whose main business is mobile communication technologies. Another well-established company is Metsä Tissue, manufacturing tissue paper products in Žilina. Sanoma Magazines is represented in Slovakia by Sanoma Magazines Slovakia, which publishes business-to-business magazines and manages business-to-business portals like StratégieOnline. Lindström is active in fashion and in Slovakia has a service centre in Trnava.

Wood processor Finnforest Slovensko is part of Finnforest Corporation. According to the statistics of the Bank of Finland, Finnish direct investments in Slovakia totalled about €90 million at the end of 2007.

“Besides normal international trade - export and import within the common market - other interesting topics include investment and increasing, for example, the manufacturing or service activities of Finnish companies in Slovakia,” Humala told The Slovak Spectator. “Recent Finnish investors in Slovakia have included, for example, Peikko Group, Alfaram, Enics, Ojala Group and Tikkurila.“

But Humala sees potential for more. The manufacturing sector - for example equipment and machinery and automation - are prospective areas for future cooperation between Finland and Slovakia. Cooperation on innovation and research and development activities is also a promising prospect, he said.

Shared service centres and other service activities could also be an interesting topic for future cooperation. In this respect Humala sees a key challenge as being increasing the level of English and other foreign languages as this “coupled with good professional experience enables international service business.”

Humala hopes that the adoption of the European single currency will increase the interest of Finnish companies in Slovakia as this is seen as a sign of steady economic well-being.

“A common currency will reduce the risk of doing business together and simplify processes," Humala said. But he warned that it might give a temporary advantage to other countries.

“At least in the shorter run, some other countries will gain competitiveness due to devalued currencies,” Humala told The Slovak Spectator. “This concerns sourcing and subcontracting in particular, as a devalued currency will create lower cost levels for foreign buyers.”

Slovakia currently reports a positive balance of trade with Finland. According to preliminary figures from the Slovak Statistics Office for the first 10 months of 2008, Finland's exports to Slovakia totalled €126 million, making up 0.3 percent of Slovakia’s total imports during the January-October period. Exports to Finland amounted to €646 million, accounting for 1.5 percent of the total.

“In 2007, the total volume of imports from Slovakia to Finland was about €300 million and exports from Finland were about €120 million.” Humala told The Slovak Spectator.

Slovak exports to Finland are varied, but key items are telecom equipment and cars.

Machinery and equipment is the biggest item imported to Slovakia from Finland.