SLOVAKS usually take pride in the simple beauty of their folk culture, whether it is expressed through design, architecture or music. They often believe promoting Slovak folk art and music will give the country a favourable reputation worldwide. Finland, a country with about the same size population as Slovakia, uses the same approach. 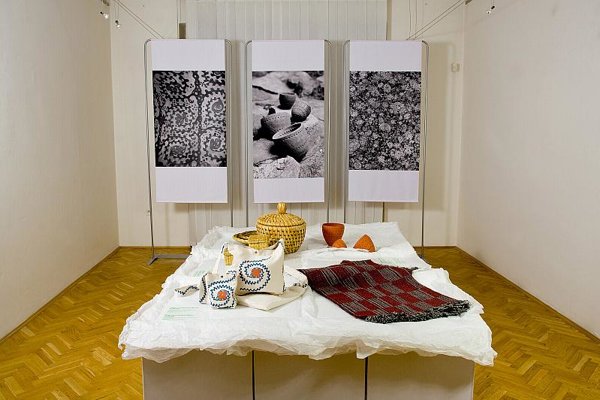 These pieces of Finnish folk art are completing a tour of Slovakia. (Source: Courtesy of the Embassy of Finland)
Font size:A-|A+  Comments disabled

SLOVAKS usually take pride in the simple beauty of their folk culture, whether it is expressed through design, architecture or music. They often believe promoting Slovak folk art and music will give the country a favourable reputation worldwide. Finland, a country with about the same size population as Slovakia, uses the same approach.

“Finns can enrich Slovakia with their innovative and modern approach to folk traditions, such as folk music and handicrafts, or considerate use of natural resources in architecture, but mostly in the way in which culture can become a part of everyday life,” said Zuzana Obuchová from the Embassy of Finland in Bratislava.

The Finnish Association of Art Industry and Handicrafts, TAITO, and Slovakia’s Centre for Folk Art Production, ÚĽUV, have been cooperating for several years in various spheres of cultural exchange, ÚĽUV reports on its website.

Their last project, a touring exhibition of Finnish design and handicraft was another of the fruits of their cooperation.

That exhibition, named TAITO FÍNSKO, travelled throughout 2008 and displayed products of Finnish design and handicraft in six Slovak cities: Bratislava, Banská Bystrica, Rimavská Sobota, Košice, Poprad and Ružomberok: more than 9,500 visitors have seen it. At the moment, the exhibition is installed in Piešťany, where it will remain until February 21. After that, it will move back to Finland, Jaroslav Ondruška from ÚĽUV told The Slovak Spectator.

The exhibition aims to present the rich cultural traditions of Finland. Apart from that, the exhibition has created direct contacts between Slovak and Finnish handcrafters and artists.


In 2006 and 2007, Slovak handicrafts and folk art were on display in 16 Finnish cities under the name Peknô.sk.

The Finnish Embassy is currently presenting the works of Finnish glassmakers, Obuchová said. The show Finnish Glass 2000 – 2005, another example of Finnish handicraft work, opened in Košice in December 2008 and will move to Banská Bystrica in February.

One of the finest examples of Finnish folk art is the world-known brand Marimekko. One of the long-term plans of the Finnish Embassy is to bring Marimekko’s Fabrics, Fashion, and Architecture travelling exhibition to Slovakia, most likely in 2010, Obuchová said.

“From the previous projects in Slovakia we can confirm that Finnish music, especially classical and jazz, architecture and design and Finnish cinema seem to be the most attractive to Slovak audiences,” Obuchová told The Slovak Spectator. Finns are also eager to get to know Slovak culture, she added.

“Any common points between our countries would come from comparable human potential, nature or mentality and thus we could certainly inspire and enrich each other,” she said.