LIFEBELTS to help companies remain afloat; support for producers of domestic agricultural products; assistance for the newly self-employed and for new social companies; new jobs and higher employment bonuses for low income groups; stronger preference for public-private partnership (PPP) projects and stimuli for research and development: these are just a few items from the two crisis packages that the Slovak government has proposed as ways to boost the country’s ability to tackle impacts of the global economic crisis. 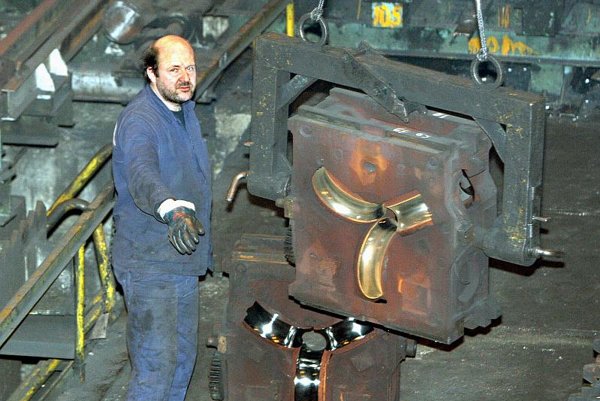 LIFEBELTS to help companies remain afloat; support for producers of domestic agricultural products; assistance for the newly self-employed and for new social companies; new jobs and higher employment bonuses for low income groups; stronger preference for public-private partnership (PPP) projects and stimuli for research and development: these are just a few items from the two crisis packages that the Slovak government has proposed as ways to boost the country’s ability to tackle impacts of the global economic crisis.

While the first package, which parliament approved on its first reading, is meant to provide first aid to the country’s labour market in response to major layoffs at ailing businesses, the second package, which remains just a proposal, is intended to bolster the country’s economic growth.

There is now broad consensus that the country’s economy will grow at a considerably slower pace than the government had assumed in late November 2008, when this year’s state budget was drafted, and that prompt action is needed to keep the economy growing.

Slovakia’s economy will grow at 2.4 percent in 2009, the Finance Ministry said on February 4, trimming its previous 4.6 percent forecast made in late November 2008.

The revision comes a couple of weeks after the European Commission (EC) changed its autumn 2008 forecast for Slovakia, scaling back its 4.9 percent GDP growth prediction to 2.7 percent.

“The priority now is to stimulate the economy in a meaningful way while trying to achieve the best deficit results,” Finance Minister Ján Počiatek said, as quoted by the SITA newswire.

Počiatek admitted that slower economic growth might deepen the public finance deficit as well.
As for cutting expenses, he said there are limits to how far austerity measures can go since the cabinet cannot threaten the functioning of the state.

“We are certainly considering where to make the cuts but if the situation gets extreme we might have to deepen the deficit,” Počiatek said.

According to the finance minister, risks lays in further weakening of foreign demand, since Slovakia has an open, export-oriented economy.

“We are one of the most open economies and we are fully dependent on foreign demand,” said Počiatek, as quoted by SITA.

Meanwhile, the National Bank of Slovakia (NBS), Slovakia’s central bank, also revised its estimate for Slovakia’s 2009 economic growth to 2.1 percent, down from its December estimate of 4.7 percent.

The first crisis package was in line with Prime Minister Robert Fico’s statement that the ultimate goal is preserving employment at any price. In late January, Slovakia’s labour authority estimated that the number of people who could lose their jobs in major cutbacks might reach 16,000.

The first crisis package includes measures such as the creation of so-called social companies to which the state will provide a monthly subsidy of €330 per job. There will be also assistance to preserve employment at firms or assist the jobless while seeking work. The state will also assist people who plan to become self-employed, and will aim to help create new jobs. The package also includes measures to boost labour mobility and support for producers and distributors of domestic agricultural products.

The Fico government has insisted that it will not cut taxes, in contrast to business leaders who argue that cutting payroll and income taxes is the fastest and least complicated way to help the economy thrive.

Meanwhile, the crisis council proposed on February 2 that people on the lowest incomes should have the non-taxable portion of their incomes increased from €3,435 per annum to €4,017.8. The time taken to pay VAT refunds will also be shortened from 60 to 30 days, but only firms with a record of prompt tax payments will benefit from the change.

The state would also increase the share capital of Slovenská Záručná a Rozvojová Banka, which is wholly owned by the Finance Ministry, so that it can cooperate with commercial banks to provide more loans guaranteed by the state, according to the ČTK newswire.

The fact that the government is dealing with the problem by preparing such a programme is positive, said Jozef Uhrík, President of the Slovak Industry Association.

“Many of the measures that the government adopted were in fact responses to requirements that we had submitted,” Uhrík told The Slovak Spectator.

Uhrík was particularly positive about the planned reduction in the time taken to refund VAT payments to some companies.

“We are glad that the cabinet will shorten the time for VAT repayment to 30 days for companies which are meeting their tax obligations,” said Uhrík, who also serves as the president of the Automobile Industry Association of Slovakia.

Uhrík also praised measures which will help companies to keep employing more people than current production levels, which have been considerable reduced, would otherwise justify.

“As far as other measures are concerned, we could produce a long list of what else could be adopted, but we understand that the state budget has its limitations and we want to respect the priorities which have been defined as an effort to preserve employment at any price,” Uhrík concluded.

Robert Kičina, the executive director of the Slovak Business Alliance (PAS), said that though the measures are intended to ease the impacts of the crisis, they do not have the drive to lift the economy.

“What I see as negative is that all these measures might lead to speculation and deformed business decisions and it will be difficult to control their implementation,” Kičina told The Slovak Spectator.

For Kičina the most doubtful decision is the support for establishment of social companies, which was included in the first crisis package.

“On one hand, [social companies] deform competition and, on the other, the assistance will go to a very narrow group of people,” Kičina said. “The assistance for the self-employed who are just starting their businesses could be easily abused and might lead to massive cancellations of self-employed status and then re-registration as newly self-employed after three months.”

Kičina said that the least negative aspect of the plan is the intention to subsidise jobs so that companies do not lay off people.

“The good thing is that every businessman should be able to access the assistance after meeting the given conditions,” he said. “Also, this measure would support good companies which are thereby not forced to layoff people during the year.”

According to Kičina, in times of crisis it is normal for companies to layoff redundant people so that they can survive, and later expand production again and re-hire employees. He added that the vast majority of businesses, including members of PAS, are experiencing serious negative impacts from the crisis.

“This is why we will very carefully watch how the government distributes the money that everybody has contributed through paying taxes,” Kičina said. “It is exactly cuts in taxes and payroll taxes that I see as being more appropriate assistance [since] businesses would feel an immediate effect.”

If not permanently, taxes could be cut at least for a limited time so that the financial burden on companies was eased during the crisis, he said. Kičina said he would welcome unambiguous information about where and how many cuts are to be made to the operation of the public administration.

According to Kičina, during a crisis there are two types of measures which could be particularly important: easing the tax burden and investment in large infrastructure projects. However, changes to the tax system are easier to make and subsequently amend, while infrastructure investments are long-term, with long preparation times, and leave little opportunity of correction, Kičina concluded.

Meanwhile, opposition parties have said that they want to convene a special parliamentary session to discuss their proposals to ease the crisis. The opposition has been calling for the Labour Code to be made more flexible.

The leader of the opposition Slovak Democratic and Christian Union (SDKÚ), Mikuláš Dzurinda, said that the opposition would support some of the measures proposed by the Economic Crisis Council. However, the opposition says that the council has still not produced tools with the real potential to boost economic growth.