AMBIGUITY over job and income prospects have put the real estate investment plans of many Slovaks on hold. Some had been hoping for lower real estate prices and cheaper mortgages, since recent developments on the market have promised both. But now, as the price tags of some apartments are being cut and banks are lowering their interest rates on selected loans, including mortgages, market watchers say they doubt whether these will give much of a boost to the housing market, at least for now. 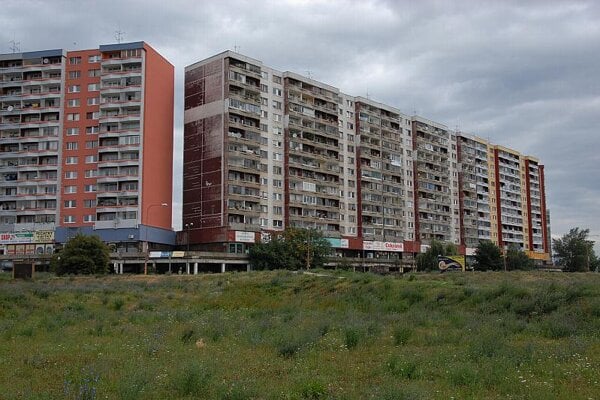 AMBIGUITY over job and income prospects have put the real estate investment plans of many Slovaks on hold. Some had been hoping for lower real estate prices and cheaper mortgages, since recent developments on the market have promised both. But now, as the price tags of some apartments are being cut and banks are lowering their interest rates on selected loans, including mortgages, market watchers say they doubt whether these will give much of a boost to the housing market, at least for now.

Responding to concerns that the economic slowdown and consequent layoffs might leave people unable to pay their existing mortgages, the state has said it will provide them with assistance under certain circumstance.

People who lose their jobs and thus face the prospect of losing the roof over their heads will be eligible, said Prime Minister Robert Fico after a January 30 meeting with representatives of the Slovak Banking Association.

Meanwhile, Slovak banks in late January and early February cut interest rates on selected loan products including mortgages. The inspiration for the move came from the European Central Bank (ECB).

The first bank to cut its rates was ČSOB, in mid-January; Slovenská Sporiteľňa made cuts as of February 1, followed by VÚB Banka on February 2, and a day later by Tatra Banka. Volksbank and UniCredit Bank have also made cuts.

VÚB Banka cut the interest rates for mortgage loans by 0.7 percent, allowing clients to apply for its so-called “flexihypotéka“ loan fixed for one year at 5.44 percent, or fixed for five years at 5.54 percent, according to VÚB’s Ľubica Foltánová.

Tatra Banka is offering mortgage loans with rates fixed for one year at 5.97 percent. The rates apply to clients who take out new loans or whose existing fixed term has elapsed, Boris Gandel, Tatra Banka’s spokesman, told The Slovak Spectator.

For example with the new rates at VÚB Banka, on a 30-year, €50,000 loan with rates fixed for one year, clients will pay €22 per month less than before the cut, Foltánová wrote in a press release.
Banks have not yet reported any dramatic change in clients’ ability to repay existing loans.

“The payment discipline of our clients who have mortgage loans is still very good,” Gandel said, but added: “The situation might worsen in the second half of the year.”

According to Frimmer, Slovenská Sporiteľňa has had a conservative approach and the number of unpaid loans has not increased.

What could lower rates do?

Miroslava Mitková, an analyst with the independent mortgage broker Hypocentrum, said that clients are now more likely to collect information rather than trying to arrange an actual loan.

“They have been waiting for lower rates and eventually for a further drop in the prices of real estate,” Mitková told The Slovak Spectator. “A certain hesitation is being caused by the uncertainty over whether clients will be able to maintain their current income and perhaps partly also in connection with the new currency, the euro.”

According to Mitková, clients have to evaluate the current conditions, what is being offered - and their own capacities.

“The actual cut in interest rates might motivate clients who are hesitating,” said Mitková.

Asked how the economic crisis has been affecting banks’ approach on loans, Mitková said that in some cases conditions have been toughened, most notably in terms of checking clients’ income, but also in enforcing criteria for loan eligibility. As for the payment discipline of clients, Mitková said that since they guarantee their loans with the “roof over their heads, the majority make regular payments on their mortgage loans“.

“There are individual cases when income or the family situation of the client changes, or something unforeseen happens, which brings swings,” Mitková said.

The helping hand of the state

Prime Minister Fico said that the government would allocate funds to help Slovaks preserve their mortgages in the event that they lose their jobs. He also said that this measure should not pose any threat to the banking sector.

“Undoubtedly, for certain groups of citizens it would be a relief and would help them to bridge an unfavourable period during the crisis,” said Mitková. “The prime minister will have to set exact rules and conditions so that the assistance provided is addressed to those citizens who really need it.”

Banks welcomed the state’s initiative but also said that it is only the state which can make such a move.

“It is a sovereign decision of the state that banks can only welcome, since it would lead to a drop in the number of clients with bad payment discipline,” Gandel said.

However, it is a decision that only the state can make, not the banks, he added. Gandel also noted banks could not forgive the debts of people who found themselves in a difficult situation since they have responsibilities to regulators and bank supervisors as well as to their shareholders and the state.

Banks can assist their clients by making changes to their payment calendar, changing regular payment amounts, or shifting collateral to a different property, for example, said Gandel.

Slovenská Sporiteľňa said it was open to discussion about how, under certain circumstances, to help clients pay their mortgage loans. Frimmer too said that clients have different options for ways to proceed.

“The most important first step is that they contact the bank in time so that new proceedings can be arranged,” Frimmer told The Slovak Spectator.