MASS layoffs and swelling unemployment have been the most visible signs of the global economic crisis in Slovakia. The Slovak government has proposed several special measures to tackle the labour market challenges – all in line with the statements of Prime Minister Robert Fico that employment should be maintained at any price. 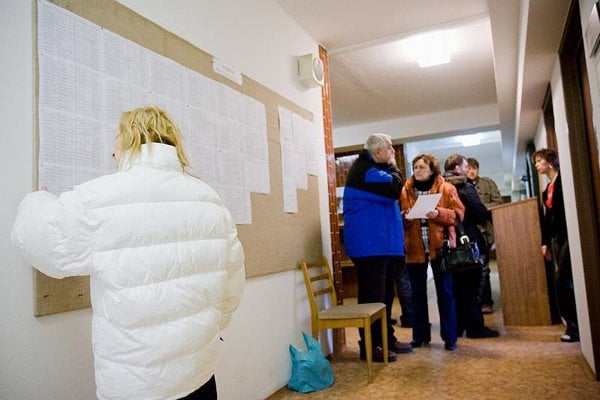 MASS layoffs and swelling unemployment have been the most visible signs of the global economic crisis in Slovakia. The Slovak government has proposed several special measures to tackle the labour market challenges – all in line with the statements of Prime Minister Robert Fico that employment should be maintained at any price.

The seven special measures require amending the law on employment services to support sustainability of current employment, creation of new jobs as well as support for the unemployed to launch their own businesses. All these measures should give an injection to the labour market and help to preserve existing jobs in 2009 and 2010, according to the government.

Viera Tomanová, the Minister of Labour, Social Affairs and Family, whose office has prepared the new legislation, does not expect these proposals to solve all the problems in the labour market linked to the crisis.

“This is a partial solution; it cannot jump-start the economy,” said Tomanová, as quoted by public broadcaster Slovak Radio. “The next solutions will be at the macro-economic level as well as in the business sector and elsewhere.”

While the labour market measures have been widely welcomed in the country, some observers say that more systemic solutions are required. Another danger is that the measures may increase the government deficit.

The ministry hopes that the package of seven measures will provide support for existing jobs and help to create about 63,000 more jobs in 2009, and the same number the following year.

“The aim of the measures is to mitigate the consequences of the global financial and economic crisis on the labour market, particularly via support for maintaining existing jobs and creation of new jobs with the help of active labour market measures,” the Ministry of Labour, Family and Social Issues writes in a supporting document.

The global economic crisis has been pushing up the jobless rate in Slovakia. At the end of December 2008, almost 219,000 Slovaks were unemployed and ready to take a job. This was 15,490 more than the previous month. This represents an unemployment rate of 8.39 percent in December, up from November’s 7.8 percent and the highest rate since April 2007, the National Labour, Social Affairs and Family Office (ÚPSVAR) announced on January 20.

The labour ministry expects unemployment to grow further as a consequence of mass layoffs already announced by companies as well as by a return of Slovaks who have lost jobs abroad.

Parliament is dealing with the proposals on employment services in shortened proceedings. The amendment was advanced to the second reading on February 3 and final voting is expected for February 11.

One proposal seeks to help employers which are experiencing serious operational problems to cover the compulsory health and social insurance for their employees during periods when the employees are receiving only 60 percent of their salaries. The average yearly assistance to such employers is proposed to be €677.20 per employee. The state hopes to support 20,000 jobs in this way, with total expenditures of €13.6 million in 2009.

The government also plans to allocate a total of €5.3 million to subsidize new jobs. An average monthly contribution from the state of €212.34 for each new job is proposed and the state hopes that this will help create 2,500 new jobs.

Via another measure the government wants to motivate jobless persons to be more active in searching for new jobs. Those who have been jobless for at least three months can receive an average monthly state contribution of €153.67 if they find a new job on their own and their gross monthly wage is no more than 1.7 times the subsistence level. This measure is projected to help 7,000 people find jobs and has a total cost allocation of €10.8 million.

Through other measures the government wants to support creation of ‘social firms’ which could provide as many as 10,000 jobs for the unemployed.

“These social firms are in particular public services, which will use the labour force with lower qualification and people who are disadvantaged in the labour market,” said Tomanová as cited by the TASR newswire.

The government also has a measure in this package to support unemployed who become self-employed. Those who start their own business can get support from the state to cover their compulsory health and social insurance for up to two years. The state’s monthly contribution per person would be €41.30 and the state expects that it could support 5,000 persons in this way.

These measures have been welcomed by employers and trade unions, as well as by economic analysts, but they have also called for further action.

The Institute for Economic and Social Reforms (INEKO), a non-governmental organisation, sees reduction of payroll taxes as a more effective solution than those proposed.

“Increasing the low-income employment premium and the non-taxable minimum income will support people with low incomes, those who are under the biggest threat that this crisis will push them into a socially unbearable situation,” Peter Goliáš of INEKO told The Slovak Spectator. “Reduction of payroll taxes would be a more effective tool. Particularly in cases of low-income people the burden of payroll taxes is one of the highest within the OECD and is one of the main barriers to improving the business environment. The government might, for example, introduce an income level up to which people would pay no payroll taxes, as it is in the case of the non-taxable minimum income.”
A representative for the self-employed does not perceive the proposed government support for unemployed to start their own businesses as being substantial.

“Regarding the proposed measures of the government, I do not see concrete steps to support the currently self-employed, which number 480,000 in Slovakia,” Peter Masár, the president of the Slovak Trades Union (SŽZ) told the Sme daily. “The proposed support for the unemployed to start their own businesses is not significant enough to motivate them to do so.”

The Confederation of Trade Unions (KOZ) thinks that support to Slovak companies to build infrastructure can bring new jobs. Otto Ewiak, the KOZ spokesperson, told The Slovak Spectator that this should include construction of highways, social and rental apartments to support mobility of employees, and insulating of apartments and buildings.

“Regarding this we should recognize the multiplier effect, in which one job in construction creates two to three jobs in other sectors with production linked to construction,” Ewiak told The Slovak Spectator.

The National Union of Employers (RÚZ), which represents two-thirds of the employers in Slovakia, welcomed the activity of the government to reduce the impacts of the global economic crisis on Slovakia.

“We welcome the adoption of real steps, that these measures have been transformed into concrete legislative proposals,” Martin Hošták of RÚZ told The Slovak Spectator. “We perceive these proposals as quite positive, even though we would certainly welcome them more if these measures were of a more systemic character. That means ones that would bring a cut in payroll taxes, reduce red tape, and make labour legislation more flexible.”

RÚZ positively evaluates the measures focusing on preservation of existing jobs, motivation for the long-term unemployed to find a job as well as development of more favourable conditions for people to start their own businesses.

Hošták regarded the measures to create and support social firms as ones which may not bring the desired effects. The costs of these measures can be relatively high and their final effects are questionable, according to Hošták.