RECENT statements by Daniel Lipšic, the deputy chairman of the Christian Democratic Movement (KDH), have provoked many reactions from both coalition and opposition politicians and have once again awakened the controversy about vote-buying in the previous parliament. 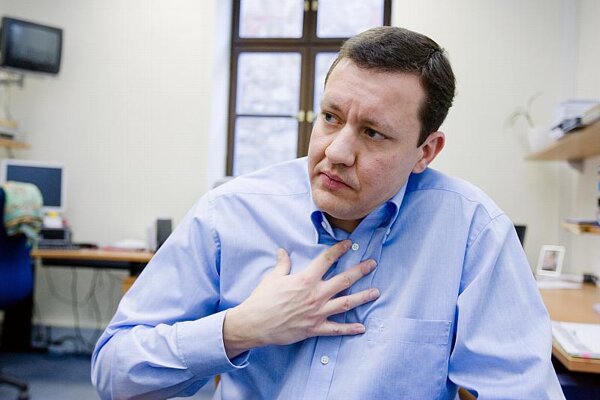 RECENT statements by Daniel Lipšic, the deputy chairman of the Christian Democratic Movement (KDH), have provoked many reactions from both coalition and opposition politicians and have once again awakened the controversy about vote-buying in the previous parliament.

“The opposition must admit the mistakes they made in their style of governing and pay their moral debt to the electorate,” Lipšic said on January 26. He added that the first step towards overcoming the frustration of voters is to vote for Iveta Radičová in the presidential elections, the SITA newswire reported.

Lipšic admitted to certain personal failures in the second government of Mikuláš Dzurinda where he served as Justice Minister. He said one of his biggest mistakes was to not insist upon KDH leaving the government when the alleged case of buying votes from opposition MPs came to light.

Prime Minister Robert Fico said that Lipšic, by his statements, has openly admitted bribery practices during Dzurinda’s government, which the current opposition should take as a reason to leave altogether, SITA reported.

“They have admitted to the biggest possible lapse,” Fico said, adding that the opposition has no moral right to hold a mirror up to the current ruling coalition and to criticise anyone else.
While Lipšic’s original motivation was to support the joint opposition presidential candidate Iveta Radičová, Fico used Lipšic’s remarks to attack her candidacy. According to Fico, Radičová benefited directly from the alleged vote-buying of the opposition deputies, since she became labour minister in 2005 under the previous government only by buying votes.

That is why she should distance herself from the representatives of the current opposition parties (the SDKÚ, the SMK and the KDH), which formed the ruling coalition at that time, Fico said.

He also said that representatives from these parties must have known about the alleged practice of vote-buying of opposition MPs, and that if Radičová does not distance herself from those representatives, she does not have the right to run in the presidential elections, SITA reported.
In reaction, Radičová said she always believes that the sins of the past will be examined and be punished eventually, and that she had always behaved accordingly while serving as Minister of Labour and also as an MP.

“Therefore, if there is information about fraud, one should file a complaint,” she said.
Lipšic believes that Radičová was not connected to any alleged scandals but rather to the economic success of the previous government.

But Lipšic admitted that the alleged scandals, which on one hand could not be proven and on the other hand were never sufficiently explained, surfaced during the previous government and that is was due to these incidents that the current opposition lost trust among its voters.

Lipšic drew attention to similar questionable activities by representatives of the current government, such as the finance minister’s visit to a yacht in Monaco and controversy over the Tipos lottery, which cannot be proven but that have not yet been sufficiently explained.
Opposition leaders feel that Lipšic’s statements, while trying to support the opposition candidate, are only helping the current ruling coalition.

General Prosecutor Dobroslav Trnka says he will make it possible for Lipšic to explain his statements.

“I will use my powers... if this is bribery the Special Prosecutor's office should deal with such a matter… and we will resume the investigations that were halted and we will ask Mr. Lipšic to explain his statements,” Trnka told journalists.

Trnka noted that three or four years ago, when there were rumours that the ruling coalition had bribed some opposition deputies in exchange for their votes, investigations were initiated and a criminal prosecution was launched in the case of MP Iveta Henzélyová (from the now-defunct ANO party).

But at that time she used her parliamentary immunity and refused to answer the question of who had offered her a bribe. Trnka said that he could not use methods of inquisition to make her admit to any wrongdoing.