SLOVAKIA and Spain are at opposite ends of the European Union, but they have already established strong business cooperation in the automotive industry, energy, construction and tourism. The number of Spanish companies in Slovakia is growing and the adoption of the European single currency in Slovakia promises to further intensify trade and cooperation. 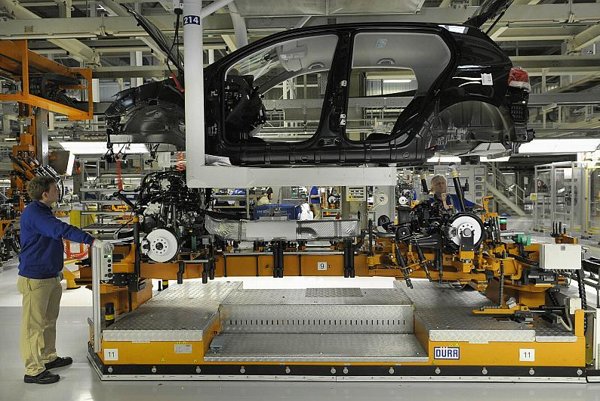 SLOVAKIA and Spain are at opposite ends of the European Union, but they have already established strong business cooperation in the automotive industry, energy, construction and tourism. The number of Spanish companies in Slovakia is growing and the adoption of the European single currency in Slovakia promises to further intensify trade and cooperation.

“The automotive industry is the most important area of economic cooperation between Spain and Slovakia,” Milan Klačman, market analyst at the Slovak office of Spain’s Oficinas Comerciales, or commercial office, told The Slovak Spectator. “The structure of Slovakia’s exports to Spain or Spanish imports to Slovakia, in which products linked to the car industry dominate, proves this.”
Spanish developers - construction being one of the pillars of the Spanish economy - are also active in Slovakia.

Developer Bilbao plans to build a modern housing estate with almost 1,300 apartments in Martin, in central Slovakia, an investment estimated to be worth €116 million. Klačman also mentioned Abertis, whose French subsidiary is part of the consortium which has won the tender to build and operate the electronic toll collection system on Slovakia’s road network.

The energy sector and tourism are other promising sectors for cooperation.

“Iberdrola, a well-known Spanish energy company, has participated in one quite large modernisation project at the nuclear power station in Jaslovské Bohunice,” said Klačman. “Solar and wind energy seems to be another field with potential for cooperation. Spanish companies have a lot of experience in wind and solar power, but unfortunately current Slovak legislation is not very supportive towards use of these kinds of renewable energies.”

Klačman hopes that a new energy law, whose adoption is expected in the middle of this year, will provide additional stimuli for businesses in the sector.

As far as tourism is concerned, Spanish companies are interested in building tourist infrastructure in Slovakia; for example holiday resorts, wellness facilities, hotels and others.

“Slovakia is an interesting country for Spanish companies for several reasons,” Klačman said. “It is partly because of your excellent geographical position. The high growth of GDP in the last few years, during which Slovakia ranked amongst the most quickly developing economies of the European Union, is another factor. The good educational profile of Slovaks as well as adoption of the euro are other factors which draw Spanish businessmen to Slovakia.”

Spanish companies regard the introduction of the euro, which considerably simplifies investment as well as mutual trade, as a very positive step.

“This is attractive for investment as well as foreign trade,” said Klačman. “Slovakia’s membership in the eurozone gives a guarantee of economic and financial stability.”

With regards to the Slovak labour force, Klačman also mentioned the advantageous labour costs of Slovak workers, even though this comparative advantage has been fading as Slovakia catches up with the rest of the EU.

Klačman said he did not have any information about significant weak points in the Slovak business environment.

“But we have registered murmurs from the side of Spanish companies, in particular those which want to participate in Slovak public tenders, that a big disadvantage for them is that most Slovak laws are available only in Slovak,” said Klačman.

The increasing number of Spanish companies confirms that Slovakia is an interesting market for them.
“Whereas about three to four years ago our office registered 20 Spanish companies doing business in Slovakia, we now register as many as 79 investors,” said Klačman. “Cikautxo Sk is the main Spanish investor in the automotive industry in Slovakia; its investment amounts to €25 million. The company is located near Nové Zámky and produces coolant hoses for cars.”

Cortizo Slovakia is another significant investor, though not directly linked to the car industry. It produces aluminium profiles. Fagor Ederlan Slovensko, or ZSNP Foundry, in Žiar nad Hronom is the diecasting plant of Fagor Ederlan in Slovakia. It produces components for the automotive industry, energy industry, white-goods manufacturers and others.

Other Spanish companies active in Slovakia include Telefónica, which owns 02, one of the country’s three mobile operators.

According to Klačman, net cumulative Spanish investments in Slovakia totalled €71.77 million for the period between 1993 and September 2008.

Until recently, Spain registered a positive trade balance with Slovakia. In fact, from Slovakia’s independence in 1993 up to 2004, Spanish exports to Slovakia exceeded its imports.

During January-October 2008, Slovakia exported goods worth €1,028 million to Spain while imports amounted to €538 million, leaving a trade surplus of €491 million, according to preliminary data from the Slovak Statistics Office.