WINTER resorts in the High Tatras are complaining of a weak tourist season. Apart from the souring public mood caused by the global economic crisis and January’s cut in gas supplies, the strong euro and warm weather are being cited as other reasons behind the drop in the numbers of tourists, local as well as foreign. Operators estimate that the fall in accommodation occupancy levels might be as much as 50 percent. 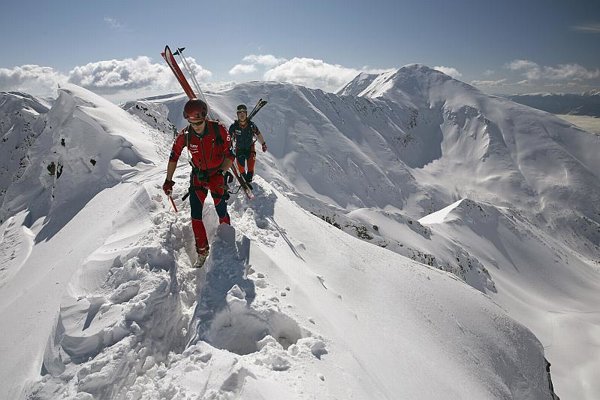 WINTER resorts in the High Tatras are complaining of a weak tourist season. Apart from the souring public mood caused by the global economic crisis and January’s cut in gas supplies, the strong euro and warm weather are being cited as other reasons behind the drop in the numbers of tourists, local as well as foreign. Operators estimate that the fall in accommodation occupancy levels might be as much as 50 percent.

“The current winter season in the High Tatras is poor,” Peter Chudý, the director of the High Tatras Tourist Trade Association (ZCR), which encompasses over 135 entities in the local tourism sector, told The Slovak Spectator. “Traditionally, after the Orthodox New Year [this year after January 14], the number of tourists drops - but this year the fall off was very dramatic and the number of tourists did not increase much even after the school holidays in Slovakia and Poland started. This will be by far the worst winter season for the last few years.”

Even though winter is not over, ZCR has signals from hotels, pensions, restaurants and other facilities that the drop in trade might be between 30 and 50 percent compared to previous seasons. To draw visitors, winter resorts are reducing the prices of accommodation as well as ski passes.
“We have reduced the prices of stays in some cases by as much as 50 percent and have added free ski passes to this,“ Katarína Šarafínová, the marketing director of Tatry Mountain Resorts which operates, among other resorts, the ski centre in Tatranská Lomnica, told the private TV station Markíza.

With regards to the composition of tourists, the High Tatras are unique, Chudý explained to The Slovak Spectator. Many more tourists visit to ski or take part in other activities for only one day, and do not sleep overnight in the area.

“One-day tourists to the Tatras outnumber those who stay in local hotels by four or five times,” said Chudý. “And we are, in particular, missing these one-day tourists. This fall is particularly affecting small service providers such as ski rental shops, shops providing sport outfits, ski schools, restaurants, family pensions, B&B facilities, and so on. Large hotels, which provide a wide scale of services, are not so badly hit.”

“Signals that this winter season will be weaker arrived as early as December, when tourist taxes paid by accommodated visitors were down about 30 percent from the previous year,” said Chudý.

Euro has made Tatras too expensive

Facilities in the High Tatras have reported fewer Russian-speaking tourists, but Chudý does not see this gap as too dramatic.

But these are not the visitors who crucially affect tourism in the High Tatras.

“What we are missing now are Slovak tourists, who make up as much as 50 percent of all visitors and, of course, tourists from Hungary, Poland and the Czech Republic,” said Chudý.

ZCR ascribes the drop in tourists from these countries to Slovakia’s adoption of the strong euro on January 1, and simultaneously, the weakening of currencies in these three countries. This has increased the prices of services in the High Tatras for those visitors.

“As a consequence, not only have many fewer Polish skiers come to the High Tatras, but some Slovak skiers even prefer to go skiing on the Polish side of Tatras, where the prices are lower by almost one half,” said Chudý.

A survey by the Slovak Tourist Board (SACR) confirmed that the strong euro is behind the lower numbers of Polish, Czech and Hungarian visitors. On the other hand, the euro has improved the image of Slovakia in the eyes of tourists from eurozone countries, in particular the Germans, Dutch and Austrians, the TASR newswire wrote.

According to information collected by SACR offices in Russia, Russian clients hope that the strong currency will make tourism in Slovakia more stable, and that the prices of services will not change so often and without reason, TASR wrote.

Chudý of ZCR sees an accumulation of several factors behind the lower interest of Slovaks in the Tatras.

“It was the economic crisis, negative news on layoffs, and concerns about their own welfare,” said Chudý. “The gas crisis at the beginning of the year also played some negative role. The mixed weather, when after excellent winter conditions it even started to rain in Štrbské Pleso, also did not positively influence Slovaks who were just deciding whether to go skiing and where to go.”

How to draw tourists to the Tatras

Chudý sees it as necessary to offer the High Tatras as a tourist destination with much more than just downhill skiing resorts.

“The High Tatras have good conditions for other sports such as ski alpinism, snowboarding, free ride and others,” Chudý told The Slovak Spectator.

“People can also hike in the mountains during the winter. Hotels are well equipped with wellness centres and so-called aqua centres. And there are many more activities – like visiting the nearby Belianska cave or seeing a new exhibition which the Slovak National Gallery recently opened at the Strážky manor house. And in Kežmarok people can visit the priceless Baroque wooden church which was inscribed on the UNESCO world heritage list last year.”

The Economy Ministry is not giving up on its idea of employers distributing recreational vouchers to their employees.

“We have the timetable prepared so that employees may get such vouchers this summer season,” said Economy Minister Ľubomír Jahnátek, as cited by the SITA newswire.

The employer would cover one-half of the cost of the voucher while the employee will pay the rest. To support domestic tourism, the state would forgive the value added tax from the voucher’s cost.

Chudý sees this as an effective way to support domestic tourism, but he is not very optimistic that this method, used successfully in countries France and Switzerland as well as in Poland and Hungary, will work given the current environment.

“Companies have other, existential problems to solve rather than thinking about vouchers,” he told The Slovak Spectator.

“So, when we are speaking about the most dramatic figures, the drop this year could be 70,000 visitors,” Chudý told The Slovak Spectator. “But we believe that the number of visitors coming in February and March, and even during Easter, will increase and that in the end the final figures will not be so dire, ” he concluded, hopefully.