The Slovak public is not open enough yet’

SPEAKING ABOUT money in connection with art has often been considered as lacking in refinement. But history has shown many times that a rumbling stomach can drown out even the most persistent muse.It has been proven once again, as one of Bratislava’s independent galleries, Bastart, closed in February due to a lack of resources. 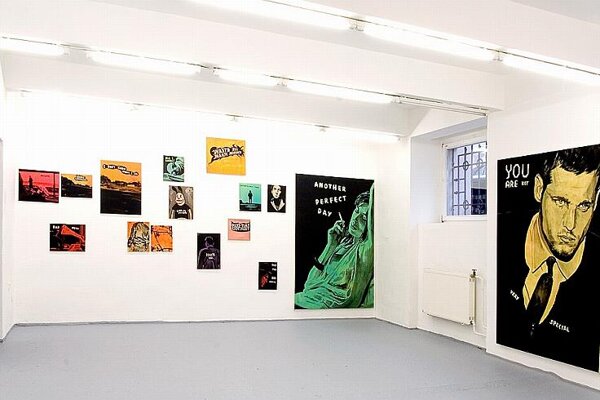 A hungry stomach can drown out even the most persistent muse, as was the case with the Bastart Gallery. (Source: Courtesy of Bastart Gallery)
Font size:A-|A+  Comments disabled

SPEAKING ABOUT money in connection with art has often been considered as lacking in refinement. But history has shown many times that a rumbling stomach can drown out even the most persistent muse.
It has been proven once again, as one of Bratislava’s independent galleries, Bastart, closed in February due to a lack of resources.

Opened in September 2006 with the aim of bringing Slovaks closer to the latest trends in the international art scene, the Bastart Gallery on Štetinova Street offered visitors dozens of exhibitions by visual artists from all over Europe.

“We were hoping to create something that had never existed in the city, namely a platform for contemporary artists from both Slovakia and abroad who wanted to exchange their views on art,” Petra Feriancová, founder and curator of the gallery, told The Slovak Spectator.

This was to be achieved mainly through the curator’s minimal influence on the conception of the artists’ displays.

“In Slovakia, these types of galleries are still comparatively rare, whereas in many other countries they have become firmly established,” Feriancová observed.

“There, curators have been replaced by ‘gallerists’, who cooperate with a certain group of artists but do not interfere with the creation of their projects. These people literally ‘entrust’ the artists with the gallery space and give them the opportunity to express themselves.”

With such a model in mind, Feriancová, who is an artist herself, organised, for example, a successful site-specific exhibition by Tomáš Vaněk titled Particips. His original installations “playing with perceptual processes” were then filmed by the Czech filmmaker Martin Ježek and screened during the closing ceremony.

Another display that captured the interest of a large public following was A Thing of Mine That May Not Be Mine. A number of noted contemporary artists such as Filip Vančo, Denisa Lehocká and Boris Ondreička were asked to put on show a piece of art that they considered essential to their work, even if it was created by someone else. The whole installation was formally linked by paper in different forms, or “paper as principle”.

All this was done at a time when Feriancová enjoyed private support and could “focus single-mindedly on her goal of promoting the careers and work of cutting-edge contemporary artists”, as The Slovak Spectator wrote in 2007. But gradually her resources ran out and she faced more and more financial problems. With her projects receiving only unreliable one-off grants, she was forced to accept a higher number of commercial displays that did not always suit her taste.

Moreover, the Bastart Gallery did not gain as many devotees as Feriancová had hoped at the beginning.

“The biggest problem, I think, is that the Slovak public is not yet open enough to accept artists they have never heard of,” she said. “I managed to bring to the country several outstanding personalities, such as Sharon Kivland and Roxy Walsh from the UK, and, unfortunately, some of these visits went almost totally unnoticed.”

Today, Feriancová admits her plans were perhaps too ambitious.

“It is obviously impossible to run a gallery without regular income or financial aid from a third party,” she remarked. “When you spend 90 percent of your time worrying about and seeking money, the art becomes secondary.”

Nevertheless, the curator expressed her belief that the three years were worthwhile.

“Through Bastart, we made a lot of displays available that would otherwise never have been presented in Slovakia,” she stated.

“And what is also extremely positive is that a number of Slovaks were received abroad only thanks to the gallery. In 2007, for example, works by three local contemporary artists were exhibited in Vienna as part of an exchange project co-organised by Bastart," she said, concluding: "So finally, our achievements have been considerable.”