AN EDUCATIONAL path across the Dolné Poiplie region, which was opened last December, could offer a cultural experience to up to 600,000 annual visitors to the Vadaš thermal outdoor pool, the SITA newswire wrote. 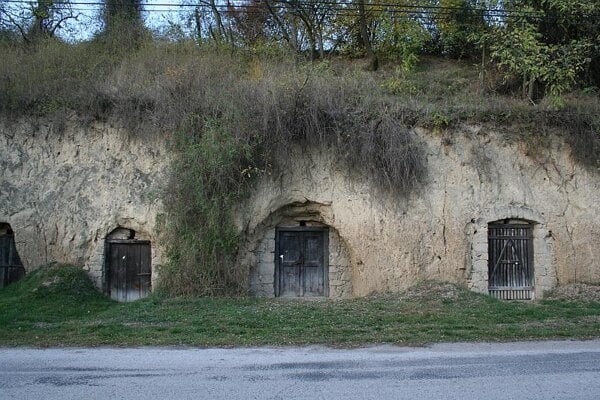 AN EDUCATIONAL path across the Dolné Poiplie region, which was opened last December, could offer a cultural experience to up to 600,000 annual visitors to the Vadaš thermal outdoor pool, the SITA newswire wrote.

“We want to take tourists deeper into the region and also help nearby communities to profit from the tourism,” said Daniel Balko of the Váh–Dunaj–Ipeľ Regional Association (named after the three local rivers) during the festive opening of the path.

The educational path leads visitors to shining jewels of sacral architecture from the Romanesque to Gothic periods, and from Renaissance to Baroque, and also to see local folk architecture and technical historical monuments. The path includes 10 villages and towns, two of which are in Hungary: Chľaba, Bajtava, Salka, Kemence, Malé Kosihy, Ipeľský Sokolec, Pastovce, Kubáňovo, Sazdice, and Nagybörzön. Together, they form a circuit of about 80 kilometres, and in each community there are two to three places to visit. Important sacral monuments from the time of the early Hungarian empire can be found in all of them, as they are close to the Hungarian town of Esztergom/Ostrihom, which was once the Hungarian capital.

A big attraction for visitors could be the late-Gothic and early-Renaissance frescoes in Sazdice, which display the most eastern Italian influence, according to historian Róbert Daňo. The church’s ornamentation was probably made by masters from the so-called Giotto School, who were invited here by the Hungarian royal court to paint the Chapel of Our Lady in Esztergom.

“The fresco Stigmatisation of St Francis is, for example, an identical copy of the same fresco in the cathedral of the Italian town of Assisi,” Daňo was quoted by the SITA newswire.

The tourists’ attention will also be directed to Baroque wine cellars in the village of Chľaba, to the rotunda in Malé Kosihy with a unique preserved Romanesque tower, and to St Stephan’s Church in the village of Nagybörzöny, which is the best preserved Romanesque church. Visitors can find information boards in each community in Slovak, Hungarian, Polish and English describing all the monuments. Booklets about the educational path will be available at municipal offices and in the tourist centres in Komárno and Šahy.

The Váh–Dunaj–Ipeľ Regional Association received €13,278 (Sk400,000) for the project from the Slovak Ministry of Construction and Regional Development. The Regional Conservation Office in Nitra, the Nitra Regional Office and the Hungarian region of Komárom also participated in the project, SITA wrote.