IN THE midst of bad news about layoffs and the departure of foreign investors from Slovakia, more positive tidings have arrived with the news that several tens of million of euros are being allocated to five Slovaks towns in order to revitalise their old industrial premises. These towns, of which four are in or near eastern Slovakia, will reconstruct and modernise their brownfield sites, create new jobs and thus aim to reduce jobless rates near to – or in some cases exceeding – 20 percent. 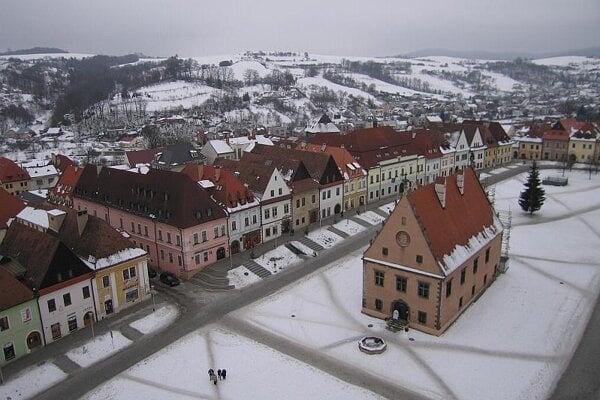 IN THE midst of bad news about layoffs and the departure of foreign investors from Slovakia, more positive tidings have arrived with the news that several tens of million of euros are being allocated to five Slovaks towns in order to revitalise their old industrial premises. These towns, of which four are in or near eastern Slovakia, will reconstruct and modernise their brownfield sites, create new jobs and thus aim to reduce jobless rates near to – or in some cases exceeding – 20 percent.

The Slovak Investment and Trade Development Agency (SARIO) announced in early January that Trnava, Bardejov, Tornaľa, Gelnica and Stropkov will receive a total of more than €37 million from European Union structural funds to revitalise brownfield sites. Individual contracts should be signed later this month.

“The selection committee of the Slovak Economy Ministry and SARIO picked five projects from a total of nine applications, requiring a total of €62.9 million,” Jana Murínová, SARIO’s spokeswoman, told The Slovak Spectator. The towns of Švedlár, Turčianske Teplice, Humenné and Brezno failed in their bids to attract funding.

All of Slovakia’s regions except Bratislava Region qualify for financial assistance from EU structural funds in this call.

“When picking the winners, the committee gave preference to regions with higher rates of unemployment, the sustainability of the project, the impact on employment in the region and other factors,” Murínová said. “The applicants were able to apply for assistance of between €200,000 and €10 million, while the total costs of the project could not exceed €50 million.”

This was not the last chance to obtain money from EU structural funds to revitalise brownfield sites.

“We expect that another, similar call will be published, perhaps even later this year,” Murínová told The Slovak Spectator.

Millions of euros for eastern Slovakia

Out of the towns in eastern Slovak regions, Bardejov will receive the largest sum this way - €9.94 million. It will use it to revitalise the former premises of footwear producer JAS Bardejov.

“Bardejov was always known for its tradition in footwear production,” René Semanišin, the head of the Bardejov mayor’s office, told The Slovak Spectator. “Even though JAS Bardejov does not exist in its original form any more and the main part of the production is being moved to Asia, Bardejov managed to keep some footwear production, even though it is on a smaller scale. This means that footwear production will remain the main scope of activities of the revitalised brownfield site.”
If everything goes according to plan, Bardejov will start reconstruction work in April 2009 and complete it by the end of May 2010.

“The ambition of the project is to employ at least 240 people here,” said Semanišin.

The town suffers from a jobless rate of 18.2 percent and prepared the project in order to help unemployed people find jobs. “When working out the project, we endeavoured to get a project which was feasible, but also in line with real needs of the town with regard to employment,” according to Semanišin.

Ján Novotný, the Bardejov project manager, is not worried about low interest from investors because of the global crisis.

“So far we have closed agreements with the Finnish company Jalas, India’s Bachi and the German firm Van Elten,” he told the Hospodárske Noviny financial daily. “Puma, a producer of sports footwear, should continue the tradition of footwear production in this region.”

“After the first phase, the revitalised premises should provide employment for 60 people,” said Eduard Cichý of EC–EDMA, which is acting on behalf of Stropkov in the project.
The town hopes that when the whole project is complete, within five years, a total of 300 people will work here.

“We are intensively communicating with potential investors active in the metalworking and electro-technical industries and in the production of materials for the construction industry,” Cichý told Hospodárske Noviny.

The revitalised industrial park should prevent a repeat of the situation in which a French delegation was unable to start more detailed negotiations because there were no preparations in the town for the arrival of potential investors, according to Cichý.

Stropkov, which is the district town of an area which had an unemployment rate of 12.82 percent at the end of 2008, is also pondering plans to build a solar power station within the industrial park with an output of 1 megawatt, which would cover the electricity consumption needs of 1,100 households.

Gelnica will support small and medium-sized companies and their innovation activities with the €4.04 million it was allocated. According to Gelnica’s mayor, Anna Nemčíková, the town will invest the funds into the former premises of electro-technical company SEZ, Hospodárske Noviny wrote.

Nemčíková hopes that they will manage to attract four or five investors from the electro-technical and light industrial sectors, and create 240 jobs. This should help the district, which suffers from an unemployment rate of 16.51 percent.

The remaining two towns which succeeded in obtaining EU structural funds lie outside eastern Slovakia’s two self-governing regions. Trnava will invest €9.58 million into re-building the former premises of Technical and Recreation Services into a town industrial and technology park. And Tornaľa, located just a few kilometres from the borders of the Košice Region in southern Slovakia, will get €9.94 million.

“We got the money to revitalise the former premises of the clothing producer Ozeta,” Tornaľa Mayor Ladislav Dubovský told The Slovak Spectator. “We will modernise one existing hall and build three new halls. We hope that 600 people will get jobs here.”

Tornaľa plans to start reconstruction work in April 2009 and complete the project by 2010.
“A new production programme, focused on light industry, may start here as soon as this September,” said Dubovský.

The town worked out the project in order to help those presently unemployed find jobs.
“1,200 women used to work in the state-owned Ozeta factory,” said Dubovský. “The focus was on the clothing industry and people were used to working in continuous production. So we have held talks with potential investors who do something similar.”

Dubovský is optimistic and hopes that they will manage to draw investors to the town, which reports a jobless rate of about 22 percent.

“Primarily we have applied for this project to create new jobs, because unemployment in this region and the town is high,” said Dubovský. “The prospects are positive. We have a strong currency and producers in neighbouring countries are interested in moving their production here.”