THE STATE will now have tighter control of Slovakia’s gas reserves in times of crisis, in particular when the country faces being cut off from its normal gas supplies. To increase the state’s powers in the energy sector, the government of Robert Fico has modified the Energy Act, the legislation governing regulation of network industries, and also a mining law. Parliament passed the laws on February 17. 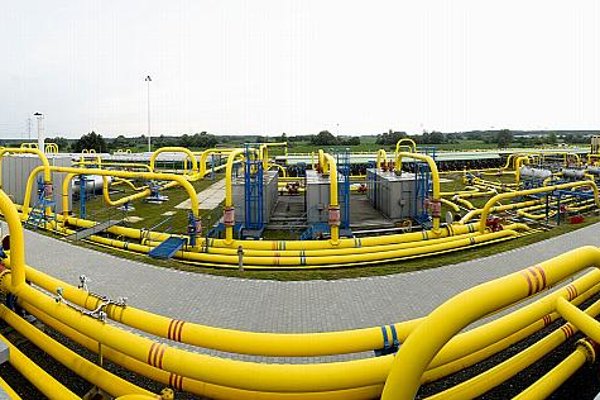 THE STATE will now have tighter control of Slovakia’s gas reserves in times of crisis, in particular when the country faces being cut off from its normal gas supplies. To increase the state’s powers in the energy sector, the government of Robert Fico has modified the Energy Act, the legislation governing regulation of network industries, and also a mining law. Parliament passed the laws on February 17.

In the event of a gas crisis, the state will have the authority to preferentially draw natural gas supplies from the gas reservoirs of private companies. It also means that the operators of reservoirs will have to suspend gas supplies to foreign customers when there is a gas emergency in Slovakia. The Economy Ministry would control the list of companies to be cut off from supplies.

The Economy Ministry is confident that the state has produced an effective shield to prevent the situation that emerged in Slovakia in early 2009, when the country’s economy had to apply the brakes after Russia suspended gas deliveries to Slovakia because of what it called a commercial dispute with Ukraine, through which almost all Slovakia’s supply of natural gas normally flows.

The prime minister has attacked gas companies for continuing to honour contracts to supply foreign customers during the crisis. On January 28, Fico decried the fact that gas had continued to flow from reservoirs in Slovakia to customers abroad. According to the prime minister, ÚRSO discovered that 15-20 percent of the reservoirs’ output at the time was drawn by foreign companies, the SITA newswire wrote.

“The goal of the legislation is to eliminate and prevent a state of emergency in the event of a cut in gas supplies, and to extend price regulation and the regulation of access to the reservoirs as well as the storage of gas in the reservoirs,” the Economy Ministry said in a release.

However, major market players do not quite share the view that regulation is the best option.

Nafta is a major operator of underground gas storage sites in Slovakia. Martin Hollý, its general director, said Nafta has always respected the legal framework defining its operations and will continue to meet fully its obligations as defined by the law.

“However, in a situation where there is a demand for storage capacity in order to meet the security standards introduced by the revision we do not regard price regulation as a suitable solution,”
Hollý told The Slovak Spectator. “Any price regulation reduces the interest of market players in making investments.”

According to Hollý, regulation will not have any significant impact on the price of gas for consumers, since storage costs contribute only 3 to 4 percent to the end price of the gas.

“Its impact on the Slovak market will depend on its actual application in practice,” Hollý said. “In our opinion, prices for storing natural gas in Slovakia are comparable with prices in other European Union countries.”

Earlier, natural gas utility Slovenský Plynárenský Priemysel (SPP) suggested that the proposed measure threatens cooperation with the surrounding countries – it listed the Czech Republic, Austria and Hungary – in the event of a future emergency situation.

If the law limits or bans the extraction of natural gas from the reserves for contracted clients from neighbouring countries, Slovakia can expect similar steps from them, Ľubomír Tuchscher, communication specialist for SPP, told The Slovak Spectator.

E.ON Ruhrgas, one of the major foreign shareholders of SPP, said that in connection with security of supply it is essential to carefully examine all options and then implement the best solution.

“The new law, which aims to increase government control of the Slovak storage business, envisages inter alia the possibility of restricting the useage of Slovak storage facilities by other European companies who have signed valid contracts,” Adrian Schaffranietz, the head of international media services at E.ON Ruhrgas, told The Slovak Spectator. “We consider this to be counterproductive because it weakens the concept of European solidarity, a factor which was - especially during the gas crisis in January - of considerable importance for successful crisis management.”

According to Schaffranietz, it is essential to adopt other approaches as well. He said that the SPP took an important step in this respect by signing a memorandum of understanding between E.ON Ruhrgas and SPP on gas deliveries in the event of a crisis or in other circumstances.

“In this ‘letter of intent’, we as E.ON Ruhrgas are reaffirming our serious interest in making a substantive contribution towards increased security of supply for Slovakia in the future,” Schaffranietz said.

Parliament also revised the so-called mining law which extends the authority of the Economy Ministry to define the level of minimum gas reserves and defines the businesses which can store emergency reserves. The ministry will also issue a regulation providing details about the process of issuing licences about the suitability of underground spaces for storing liquids and gaseous substances.

Economy Minister Ľubomír Jahnátek said that the package of revisions puts the state in a better position to avert a potential gas supply crisis in the future, since Slovakia will have underground gas reservoirs under its control, the SITA newswire wrote.

However, during the parliamentary debate on the law opposition MP Stanislav Janiš, from the Slovak Democratic and Christian Union (SDKÚ), objected to the state’s plans to intervene in contracts related to natural gas storage in Slovakia.

“We should behave in such a way that neighbouring countries will not refuse to help us in the future,” Janiš, said as quoted by SITA. “Without the help of our neighbours we will hardly be able to cope with another crisis.”

Learning from the experience?

The January 2009 gas crisis in Slovakia lasted for 13 days and brought some of Slovakia’s business giants to a shuddering halt after Russia cut the flow of gas, which it supplies to Slovakia and other European countries through Ukrainian pipelines, as part of a price dispute with Ukraine.

Slovakia had started to return to its normal pulse on January 19 as the country began receiving deliveries via the Czech Republic, by a route which bypassed Ukraine, allowing restrictions on natural gas use to be lifted. Restrictions put in place on January 6 had required large commercial customers and businesses whose contracted gas consumption exceeds 60,000 cubic metres per year to reduce their usage to a minimum safe level.

Soon after the re-routed gas started flowing a Russian-Ukrainian agreement was finally clinched and deliveries began along the normal routes via Ukraine on January 20. On January 21, SPP resumed shipments of Russian gas through Slovakia to other European clients via Austria and the Czech Republic.

According to Hollý, Nafta played a key role during the January cut in natural gas supplies since almost all the gas that Slovakia used during the crisis came from storage sites. Nafta says that it met fully all its obligations towards customers in line with the instructions on gas dispatching.
“However, it was a non-standard situation, since no gas was flowing from Ukraine at all and the security standards defined by the legislation assumed - at most - a 30-percent drop in supplies,” said Hollý. “The gas infrastructure was not designed to allow the distribution system to accept the full output of the storage reservoirs.”

Because of this Nafta sought, in cooperation with the SPP group, technical solutions for supplying gas to the eastern part of the country, Hollý explained, adding that Nafta supported the drawing of gas from reservoirs in the west through the transit pipelines in an eastward direction.

“This reversed flow in the transit pipelines happened for the first time in 40 years,” Hollý said.
Options for preventing similar critical situations, in addition to building more gas reservoirs, lie in cross-border gas supplies, in the use of new transportation routes, or can be achieved by offering gas supply contracts to customers which include the option of interruption, according to Hollý.