Challenge in the sky

THE GLOBAL economic downturn has not left Slovak aviation unaffected. The airports in Bratislava as well as in Košice report a decline in travellers, but even during the current market turbulence, new carriers are emerging, while others are using the global crisis to make their operations more efficient. Other air companies are escaping some of the effects of the crisis thanks to the particular focus of their businesses. 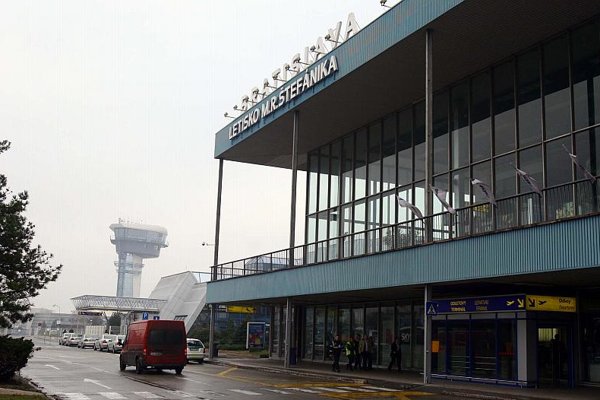 THE GLOBAL economic downturn has not left Slovak aviation unaffected. The airports in Bratislava as well as in Košice report a decline in travellers, but even during the current market turbulence, new carriers are emerging, while others are using the global crisis to make their operations more efficient. Other air companies are escaping some of the effects of the crisis thanks to the particular focus of their businesses.

“The situation in Slovakia is similar as that in other European countries,” Antonín Kazda, head of the Air Transport Department at the University of Žilina, told The Slovak Spectator. “All carriers, and the whole market for air transport, were hit by high fuel prices during the first half of 2008. Many carriers needed loans to cover their operational costs. However, these are not easily accessible. Air transport is a very sensitive sector focused on business and leisure.”

Bratislava Airport reported a year-on-year drop of 23 percent to 101,180 passengers in January 2009, Dana Madunická, the airport’s spokesperson, said, as quoted by the SITA newswire.

Airlines have responded to lower demand for air transport by re-shaping their flight schedules to make their operations more effective and flexible.

“The propensity to fly is very closely connected to GDP,” Kazda explained. “Thus, compared to other developed countries Slovaks fly less when calculated per citizen. When economic growth slows down, this is also reflected in the number of flights per citizen.”

The economic downturn has not distracted Danube Wings from launching regular air services. Danube Wings is the brand name of the scheduled and unscheduled flights operated by VIP Air and it will start a service in March linking Bratislava and Poprad, the only airline company to do so.

“Danube Wings is entering the Slovak as well as the European air transport market, offering regional air transport services,” Alexandra Csinová, the company’s marketing manager told The Slovak Spectator. “Our ambition is to get Slovaks flying, to offer new attractive lines and to give more scope to regional airports.”

The first reactions of clients indicate that it is offering attractive services, according to Csinová.

The company, which has so far operated as a charter company, will fly two turboprop aircraft, with a capacity of 50 and 74 passengers respectively.

“We think that flying smaller aircraft, which take passengers directly to their destinations in regional airports, could help tourism develop,” said Csinová.

Kazda said he welcomes the arrival of Danube Wings in the market since it takes courage to do business in air transport.

“Danube Wings is aiming on a segment which is little occupied,” Kazda told The Slovak Spectator. “So far, the structure of the lines which it wants to run is not clear. But certainly turboprops suit the small, immature Slovak market. Running them is less demanding and cheaper.”

However, such aircraft are limited to services of up to 1.5 hours since passengers’ interest in taking flights operated by turboprops decreases from a commercial point of view for longer flights, according to Kazda. He thinks that this type of aircraft could help Slovaks get used to flying and that the airline could later replace them with bigger-capacity aircraft.

The Slovak low cost airline SkyEurope, which along with Ryanair accounted for almost three-quarters of the 2.22 million passengers who passed though Bratislava Airport last year, sees the current situation as a challenge.

“In the current situation the air transport industry, not just in Slovakia but in the whole world, faces the one of the most difficult times in its entire history,” Tomáš Kika, SkyEurope’s spokesperson, told The Slovak Spectator. “There are several reasons behind this. Firstly it is the economic downturn across the whole world; and then the recent record fuel prices, which significantly contributed to problems in the air business.”

Kika described the current air transportation market as extremely fluid and changing and as demanding a very flexible approach from airline companies. He thinks that compared to large airline companies with huge fleets and large staffs, low-cost airlines are able to respond flexibly to conditions in the market altering from month to month.

But SkyEurope has not been able to avoid trouble entirely, and under more or less dramatic conditions has rapidly reduced its fleet from 15 to four aircraft.

“The situation in the market has changed significantly,” said Kika, explaining that five or six years ago, when SkyEurope was negotiating the leasing of its aircraft, the situation was completely different and there was no spare capacity and demand was pushing prices up. “Now the situation is completely reversed and if we lease capacities via dry lease [i.e. leasing an aircraft without insurance, crew, ground staff, supporting equipment, maintenance, etc.], we are able to lease these capacities at costs which are 70 percent lower than payments we have paid up to now.”

For the time being, SkyEurope is using its own aircraft as well as aircraft leased from other air companies, while three new aircraft will expand its fleet this summer.

Apart from free capacities at the market, the crisis has brought SkyEurope more business travellers.
“Many business passengers have stopped flying with the classical carriers and in first class because the economic situation is also affecting large companies,” said Kika.

To cope with the impacts of the drop in demand for flights SkyEurope has reshaped its flight schedule by eliminating ineffective flights and changing times of departure or flight frequency. For example, it has reduced its flights to Ireland in response to the declining number of Slovaks working there.

“These were probably 20 percent of the routes, but these routes made up 80 percent of all problems," said Kika.

Regarding the future, SkyEurope expects a decline in demand for air transport compared with the previous year.

“We are the strongest and biggest airline company in Bratislava and we want to keep this position,” said Kika, adding that its youngest base, in Vienna, has also started to bear fruit. “This market is very important for us with a number of new customers. It is being shown that it was a good decision to go to Vienna.”

In addition to Bratislava and Vienna, SkyEurope has a base in Prague and a small satellite base in Košice.

Some are not affected

Air Slovakia, the oldest airline operating in Slovakia with an unbroken record of operations since 1993, does not feel the chill of the economic downturn.

“We can say that the current crisis in the global market is not affecting Air Slovakia because we focus on special flights for the Slovak Defence Ministry,” Robert Sitta, the project manager of Air Slovakia, told The Slovak Spectator.

These include, for example, flights to Afghanistan. The company also leases its aircraft. Currently, it has two of its five aircraft leased in Nigeria.

Regarding the future, Air Slovakia plans to have two aircraft operating in the Slovak market from Bratislava and the rest will be leased within the European market.

Low-cost Irish carrier Ryanair expects that its business will not escape the impacts of the global economic downturn. In spite of these expectations it will extend the list of its destinations from Bratislava this year by adding Pisa in Italy and Alicante in Spain. Company representatives announced the new destinations in late January, the ČTK newswire wrote.

Anja Seugling, the manager for trade and marketing at Ryanair explained that not only travellers from Slovakia, but also those from Spain and Italy, are interested in these air connections.

Ryanair has already announced plans to extend its offer with flights to Charleroi, close to Brussels. The airline company hopes that these new routes will mitigate the expected fall in passengers to other destinations.

Regular air service from Bratislava to Brussels is one of features which Kazda perceives as missing from the Slovak market.

“It is embarrassing that none of the airlines offer, for example, the route to Brussels,” said Kazda. “This line was quite well started by Slovenské Aerolínie.”

SkyEurope does not see such a route as prospective and operates to this destination only from nearby Vienna, according to Kika.

“It would be ideal if such a carrier had a base in Bratislava because a lot of business travellers are escaping from Slovakia via Vienna,” Kazda told The Slovak Spectator. “Certainly it is impossible to solve it by launching a national carrier. But a certain support of some routes would help the local market develop because the scope of Vienna’s offer puts every carrier at a disadvantage.”