THE SLOVAK government has adopted several packages of measures to help Slovak businesses and workers keep afloat. These include tax amendments helping low-income employees, self-employed entrepreneurs as well as larger companies to sail more smoothly through the global economic downturn. The business sector has welcomed the measures, but there are also calls for the government to do more. 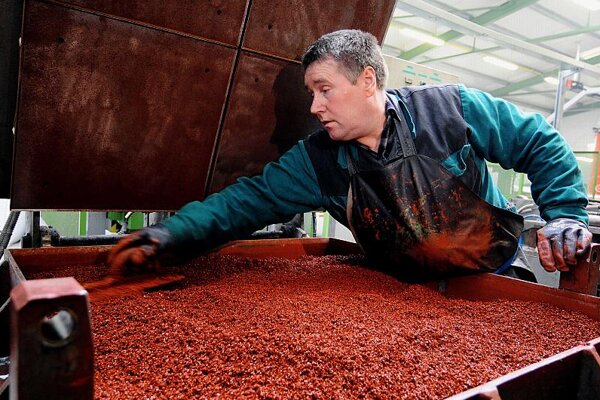 THE SLOVAK government has adopted several packages of measures to help Slovak businesses and workers keep afloat. These include tax amendments helping low-income employees, self-employed entrepreneurs as well as larger companies to sail more smoothly through the global economic downturn. The business sector has welcomed the measures, but there are also calls for the government to do more.

Opposition political leaders, as well as business people, are asking for a reduction of income and payroll taxes, but Prime Minister Robert Fico has repeated his opinion that this is not a way out of the crisis.

“The adopted tax changes will partially help increase the cash flow of companies and reduce red tape in some small-sized companies,” Róbert Kičina, the executive director of the Slovak Business Alliance (PAS), told The Slovak Spectator. “But it is impossible to say that these adjustments will be effective enough. Economic research shows that reduction of income taxes or payroll taxes is the most effective form of assistance. The Robert Fico government has been fundamentally refusing this step, even though it has been giving some concessions in this area. For example, it has increased the non-taxable portion of the income tax base.”

Parliament adopted the revisions to the tax laws on February 17 and President Ivan Gašparovič signed the package of revisions into law on February 23. Though most of them will become effective later this year, businesses and employees will enjoy most of their benefits only in 2010.

The amended Income Tax Act, effective from March until the end of 2010, increases the non-taxable part of the income tax base from the current 19.2 times the subsistence level to 22.5 times the subsistence level. This means that in 2009 the non-taxable part of personal incomes will increase by €590.43 to €4,025.7. This will raise the net monthly income of most employees by almost €10, the ČTK newswire wrote.

Due to the higher non-taxable part of incomes, the employment bonus, also known as the negative income tax, for low-income earners will also be higher. For 2009 it will grow from the original maximum monthly bonus of €5.80 to €15; but these bonuses will be paid for the first time in 2010.
Both these measures, in the longer or shorter term, will increase people's disposable income, leaving them with more to spend.

The government has also revised the value added tax (VAT) law in order to reduce the impacts of the downturn on Slovak businesses. It has shortened the period for refunds of excess VAT payments from 60 to 30 days and enabled VAT grouping. The latter enables entities which are financially, economically and organisationally inter-linked to be treated as a single taxable person for VAT purposes.

But businesses have criticised a decrease in the threshold at which they have to pay VAT. This threshold decreased from €49,790 to €35,000 on January 1, 2009. This is because the threshold was negotiated with the European Union at a time when the Slovak crown was weaker than the rate at which it was ultimately fixed against the euro.

Another revision will reduce the administrative burden for businesses involved in the transport of alcoholic spirits and production of MERO (methyl ester of rapeseed oil). The red tape for small business with annual incomes not exceeding €170,000 and without any employees should be also lower, beginning in 2010.

“Insofar as these are mostly revisions which improve the quality of the business environment, we support them,” Branislav Masár, the executive director of the Association of Employer Unions of Slovakia (AZZZ), told The Slovak Spectator.

AZZZ, which represents employers with about 300,000 employees, sees the revision shortening the period for VAT refunds to be most effective from the viewpoint of making more financial resources accessible to businesses.

The measure to increase one-off depreciations and simplification of register administration should also be beneficial, in particular for small companies, according to Masár.

The opposition political parties want to summon a special parliamentary session during which the Slovak Democratic and Christian Union (SDKÚ) will again submit a proposal to cut the flat income tax from its current 19 percent to 16 percent. The parliament already turned down such a proposal on February 17. There are also two alternatives for reduction of compulsory payroll taxes, such as social and health insurance contributions, prepared by the SDKÚ and the Christian-Democratic Movement (KDH).

Mikuláš Dzurinda, the SDKÚ leader, estimates that the lower income and payroll taxes would decrease state budget revenue by no more than €1.162 billion, a sum that Dzurinda says the government can save in its expenditures.

The Fico government is working on ‘unplugging’ the calculation of payroll taxes by the self-employed from the minimum wage; however, this will not change the amount of payroll taxes, the SITA newswire wrote. Fico said on February 20 that the most ideal method would be to set the compulsory contributions which the self-employed pay to health and social insurers at a certain percentage of the average wage, rather than the minimum wage.

“Contributions [by the self-employed] should start at the current level and afterwards only growth in wages and the economy would result in increases in the payroll taxes of the self-employed,” said Fico as quoted by SITA.

A working group which is recommending such a substitution of a percentage of the average monthly wage for the minimum wage should meet in March, Barbora Petrová from the media department of the Ministry of Labour Social Affairs and Family informed The Slovak Spectator. The group should resolve not only what the specific percentage of the average wage might be but also whether this will apply only to the self-employed or also to employees on company payrolls. The change could be valid not earlier than in 2010.

Masár told The Slovak Spectator that his organisation regards the current high level of payroll taxes as a barrier to maintaining current levels of employment.

“Disconnecting contributions from the minimum wage is on our long-term agenda,” Masár told The Slovak Spectator.

“The problem is that the level of the minimum wage is often a result of political decisions, and we do not perceive that as an ideal solution for setting the contribution amount for the self-employed.”

Kičina sees the contribution amount paid by the self-employed as a more complex problem.
“The current system permits a relatively high number of ways for the self-employed to avoid payment or to reduce these premiums,” said Kičina.