WHEN Soviet tanks were crossing the Czechoslovak border four decades ago, nobody could imagine how far-reaching the effects of this quick dissipation of the hopes for Alexander Dubček’s “socialism with a human face” would be. 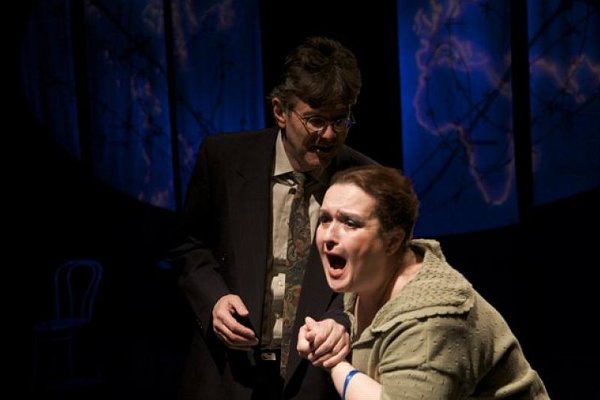 WHEN Soviet tanks were crossing the Czechoslovak border four decades ago, nobody could imagine how far-reaching the effects of this quick dissipation of the hopes for Alexander Dubček’s “socialism with a human face” would be.

Today, the children of August 1968, scattered around the whole world, can again speak freely and they obviously want to share their personal experiences with others.

The city of Toronto recently hosted a new play by Viliam Klimáček, one of the best-known contemporary Slovak authors. Entitled Hot Summer ‘68, it is a mosaic of authentic stories of emigrants and their families written specially for the Toronto Slovak Theatre (TST), which stages productions for Slovak-speaking audiences throughout the Canadian province of Ontario.

“In 2007, while making resolutions for the upcoming year, my wife and I decided that we would begin preparations for presenting a theatrical play to commemorate the 40th anniversary of the invasion of Czechoslovakia and subsequent exodus of hundreds of thousands of Slovak and Czech refugees to the free world,” explained Dušan Tóth, director of the TST.

As the Tóths could not find a suitable existing piece, they began considering commissioning an author to write a play for them.

“On our previous visits to Slovakia, we enjoyed a number of plays written by Viliam Klimáček, mainly for their humanity and subtle humour,” Tóth told The Slovak Spectator. “Although we did not know whether he was interested in the plight of refugees and whether he would be willing to work with a non-professional theatre group from Canada, we summoned the courage to approach him. To our great surprise, he did agree.”

Subsequently, the Tóths invited the playwright to meet several dozen people whose lives had been so drastically changed by the Soviet invasion. The stories he heard served as the main source for his writing of Hot Summer ‘68.

The central protagonist of the play is Anna, who was left behind in Czechoslovakia by her friends and family in the mass exodus of 1968. Through her eyes, the audience follows the fates of several other characters, including her son Ivan, whose youthful idealism drew him to the West with its rebellious, free-spirited rock music, and her brother Jozef, forever torn by the decision to leave his homeland.

The latter role was played by Dušan Tóth himself. As a clergyman and anti-occupation broadcaster, he indeed had to emigrate from Czechoslovakia in the late 1960s.

“I did not plan to leave my homeland,” he said. “However, when Gustáv Husák made the statement in November 1968 that our borders would be once more closed, we knew that dark ages for Czechoslovakia were coming again. During one night we made a decision, and the following morning we left our homeland, our relatives, friends and everything that was dear to us.”

In spite of these painful memories, Tóth felt there was no reason to not share his story with the audience.

“It was not necessary to distance myself from my character,” he observed. “I played myself, the Lutheran pastor. As a director, through my personal experiences and those of my colleagues, we found ample means of translating our lives to the stage. And it was a real joy.”

Valéria Tóthová, who contributed to the play as dramatic advisor and sound and music director, added that when rehearsing the scenes of Hot Summer ‘68, the group was not certain how the play would resonate with Canadian Slovaks and Czechs who had come to Canada in different, previous waves of immigration.

“To our greatest surprise, we later found out that the play touched especially the pre-1968 Slovaks,” she said. “They told us that when the post-invasion refugees like my husband and I arrived, they were convinced that we had it so much easier then they, the uneducated hard-working Slovaks of pre-war or post-war immigration. But the play made it clear to them. They finally understood that no amount of education saves one from the real tragedy of leaving one's homeland.”
The piece, however, has not only enriched its viewers. As Viliam Klimáček said, he learned an enormous lesson himself, thanks to the Tóth family and their friends.

“During my twenty-year career as writer, I have heard a number of touching stories, but rarely have I seen such openness and willingness to speak about one's sorrows,” he told The Slovak Spectator.
Moreover, the playwright, who attended two performances of Hot Summer ‘68 in person, was, in his words, deeply moved by the emotional response of the audience.

“There were many with tears in their eyes and dozens who came to see me after the two performances, wishing to speak about their impressions and feelings,” said Klimáček. “Interestingly, the play was attended and enjoyed not only by Czechoslovak emigrants living in Canada for decades, but also by young ‘au pairs’ or students. They were apparently extremely surprised that there were chapters in the history of their own country that no one had ever told them about.”

People's positive responses should be a guarantee that the play will not only be successful in Canada, but also in Slovakia, where it is to be staged this year in June.

“The experience of post-invasion immigrants is so authentic and so touching that it will certainly emotionally impact the Slovak audience,” he said.