A MARCH of carnival masks through the town centre and masks flown from heaven – or, at least, from the church tower in Mariánske Square – opened the 5th year of Carneval Slovakia Žilina on Friday, February 20, the TASR newswire reported. 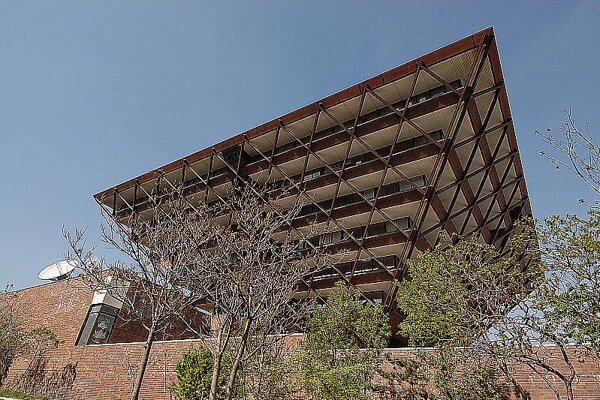 A MARCH of carnival masks through the town centre and masks flown from heaven – or, at least, from the church tower in Mariánske Square – opened the 5th year of Carneval Slovakia Žilina on Friday, February 20, the TASR newswire reported.

The co-organiser of the festival, photographer Ivan Köhler, observed that in villages masks start going on procession on Saturday, while in every village, “the double bass is buried or drowned” on another day. The allegory refers to burying music as on Tuesday at noon this celebratory period ends, and the fasting period of Lent begins on Ash Wednesday.

The characteristic main mask is turoň (a bovine), then there are a whole range of other traditionally-made masks. Each village has a huge pig mask, covering up to four people, a whole variety of cockerels, and other animal figures. They are inspired by tradition, but new figures are also being invented, Köhler told TASR.

Köhler, who has been photographing carnival masks for forty years, said that at this carnival as many as 500 masks from Slovakia, the Czech Republic and Poland were gathered, with whole groups of carnival masks from regions such as Orava, Kysuce, Rajecká Dolina, and the vicinity of Považská Bystrica. There were various types of folk masks joined by small children, middle-aged, and even retired ladies with an ensemble of 25 outstanding masks, Köhler said. He noted that all the masks marching through the town were home-made and said that people with ‘artificial heads’ bought in shops would be unlikely to dare to join the procession, the SITA newswire wrote.

“There are puppet theatres here, a school of arts for children,” TASR quoted Köhler. “The whole vicinity of Žilina has been turned upside down today, and it will stay so until midnight.”

“I am an ugly, but good witch. I don't harm children, but I don't give them presents, either. An economic crisis is an economic crisis,” laughed a green witch standing on a square, with a man-made cat on her shoulder. Close to her, Mickey Mouse danced with a skeleton and two devils scared children. Above the heads of people drinking punch, ‘heavenly’ masks descended on ropes, SITA wrote.
Apart from the carnival procession and heavenly masks, the jubilee year of Carneval Slovakia Žilina also included the king and queen in a carriage with a horse and pages. The festival offered, too, performances of folklore ensembles, brass bands, rock groups, the traditional burial of the bass, and a carnival dance.