PEOPLE who have been saving for their old-age pension via the so-called second pillar of Slovakia’s pension system – which is run by private pension funds rather than the state - might by now be forgiven for having lost track of all the proposals and changes that the government of Robert Fico has produced over the past two years to modify the system. 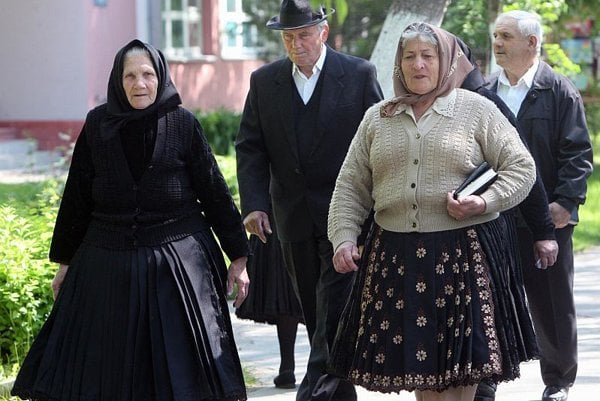 PEOPLE who have been saving for their old-age pension via the so-called second pillar of Slovakia’s pension system – which is run by private pension funds rather than the state - might by now be forgiven for having lost track of all the proposals and changes that the government of Robert Fico has produced over the past two years to modify the system.

The latest change was signalled on March 4 when the cabinet said that the fees pension fund management companies charge clients to administer the funds would be cut from 0.065 percent to 0.025 percent of the net value of the assets in the pension fund.

The government said it wants to guarantee that savers at least get back what they have deposited with the funds.

Under the plan, pension fund management companies will be able to benefit from positive yields from the funds they manage. They would be paid a fee for capitalisation of assets in the pension fund, depending on the capitalisation rate of clients’ pension savings (i.e. the growth of the fund). The new fees would take effect as of January 2010.

The change is in the same vein as previous modifications: the government reopened the second - or capitalisation - pillar on November 15, 2008 and will keep it open until mid-2009, allowing clients to return without penalty to the state-run pay-as-you-go system. The second pillar had previously been opened up between January and June 2008, during which time more than 103,000 people quit - and over 21,000 joined - the pillar.

While Fico cited the global crisis and what he called the endangered savings of the second-pillar clients as a reason to tamper with the pillars, private pension fund managers said that stability is what the pension system needs most.

“It is only the beginning,” said Fico, suggesting that the government is working on other plans to change the way in which deposits with private pension funds are handled.

The proposal might have a harmful effect on the second pillar, Ivan Barri, executive director of the Association of Pension Funds Management Companies (ADSS) told The Slovak Spectator. Barri also suggested that the proposal might be a reaction to the pension fund companies disagreeing with a proposed change to the ratio of transfers that people pay to the second pillar.

He also said that the pension fund managers might also be being punished for their unwillingness to participate in the government’s campaign to force savers out of the second pillar. In 2005, when the government of Mikuláš Dzurinda reformed the pension system, more than 1.5 million savers joined the capitalisation pillar.

Fico suggested that the system his government is proposing is very simple.

For now the government is not changing the ratio according to which pension payments from second pillar clients are split between the pay-as-you-go system and the private funds, which is set at 50-50.

However, the pension fund management companies said that the government is experimenting with the system and creating one which may not exist anywhere else.

“Changing the fees in principle does not solve what the government wants to have solved,” Barri told The Slovak Spectator.

The private pension companies denied that they have been negotiating with the government on financing public-private partnership projects in return for a reduction or end to state interference in the second pillar of the pension system.

The private pension companies also said that they are not willing to invest in infrastructure projects if excessive risks and lower yields for their clients are involved, TASR reported.

This second pillar was one of the main features of the Dzurinda government’s old-age pension reform, allowing employees and the self-employed to redirect 50 percent of their pension payments into a private pension company with the remainder continuing to go into what is known as the first pillar, the pension programme administered by the state social security provider, Sociálna Poisťovňa.

The move was intended to cope with the future impact of demographic changes which will result in a smaller number of economically active people.

Assets in their funds exceeded €2.32 billion as of February 27. Of this amount, over €1.56 billion was in growth funds, €686.1 million in balanced funds and €103.2 million in conservative funds, according to ADSS.

Participants in the second pillar have been given another opportunity, which is currently due to last until the end of June 2009, to return to the first pillar. The government justified its decision to re-open the second pillar by arguing that private finds are being adversely affected by the current global financial crisis.