European Commissioner for Education, Training, Culture and Youth Ján Figeľ believes that education in the right skills can provide an insurance policy against turbulence on the labour market. Figeľ also advocates reform of universities Europe-wide. According to the commissioner, most universities in the European Union still have to improve their cooperation with businesses by opening up to new types of students, especially adults, and modernising their curricula. The Slovak Spectator spoke to Figeľ about lifelong learning, mobility within academia and the need to focus on research and innovation. 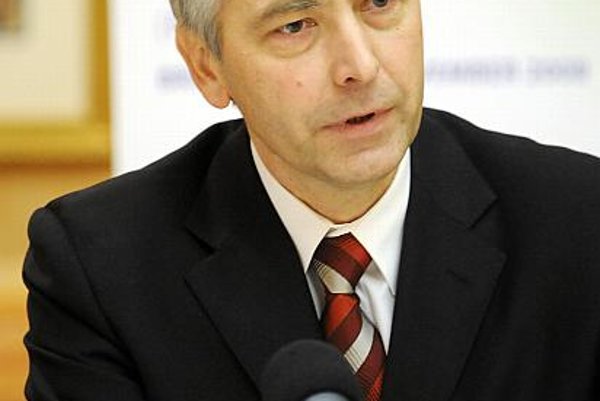 European Commissioner for Education, Training, Culture and Youth Ján Figeľ believes that education
in the right skills can provide an insurance policy against turbulence on the labour market. Figeľ also advocates reform of universities Europe-wide. According to the commissioner, most universities
in the European Union still have to improve their cooperation with businesses by opening up to new types of students, especially adults, and modernising their curricula. The Slovak Spectator spoke to Figeľ about lifelong learning, mobility within academia and the need to focus on research and innovation.

The Slovak Spectator (TSS): Last November you said that education is an insurance policy against uncertainties in the labour market. What are the main challenges that the education sector faces in order to provide such an insurance policy?
Ján Figeľ (JF): A permanent feature of the labour market is the lower unemployment rate among the highly skilled. As routine jobs die away, and creative tasks grow, people with only very basic skills will struggle to find satisfactory jobs. Thus, educational upgrading seems to be the most relevant long-term solution to imbalances in the labour market.

But it is equally important that education and training systems really provide the right skills. There is now a growing demand from businesses for transversal key competences, such as problem-solving and analytical skills, self-management and communication skills, linguistic skills, and entrepreneurship. Innovation and creativity are crucial to Europe’s ability to face the challenges of international competition and sustainable development.

Lifelong learning for all should be a reality across Europe, and substantial progress is required to achieve this. At the moment every sixth young person still leaves school with only a compulsory education attainment level or below. This is a serious problem because adults with low educational attainment are seven times less likely to be engaged in continuing education and training than those with high attainment levels. Equity is one of the main challenges that the education and training sectors face.

TSS: The European Commission has several times called for a wide reform of European universities, but also for their modernisation. What should be the focus of such reform and which areas are in most urgent need of modernisation?
JF: Europe lags behind its main competitors in terms of innovation capacity. We have excellent institutions and researchers, but much of their potential remains untapped because of various rigidities and hindrances, in terms of curricula, funding and university governance. These are the three most important areas for reform. European universities need to be reformed so that they can play their full role in the modernisation of society and the economy.

Most universities in the European Union still have to improve their cooperation with businesses, for example by opening up to new types of learners—especially adults—and modernising their curricula, by looking again at the way teaching is delivered and by facilitating mobility.

TSS: How can countries like Slovakia make their universities more competitive and hence international? What do you believe are the main problems faced by Slovak universities?
JF: The single most important initiative in this area is the so-called Bologna Process which aims to create a European Area of Higher Education, and the idea has proved to be so important that there are now 46 countries involved. Responsibility for the performance of their universities lies with the participating countries, so the commission does not take a stand on the performance of Slovakia’s universities. However, every two years the participating countries in the process review their progress in higher education reform on the basis of the Bologna Stocktaking Report. The last one, in 2007, tells us that there are a number of challenges ahead for Slovakia: these include building up a knowledge-based society, raising quality levels in higher education and developing an international dimension of quality assurance, creating new financial resources for higher education institutions through the introduction of part-time courses, developing research capabilities and improving the recognition of prior learning.

TSS: When it comes to research and innovation at academic institutions, Europe still lags behind the United States. How can research and innovation capacities within the European academia be improved?
JF: Although Europe already has excellent education and research institutions, these are often isolated from the business world and do not achieve the critical mass necessary for innovation. The commission has launched two major initiatives to boost innovation capacities in higher education and research: four years ago we suggested setting up a European Institute of Innovation and Technology (EIT) which should become a flagship for excellence in European innovation. The EIT, formally launched in September 2008, is the first European initiative to fully integrate higher education, research and business innovation.

Last year, the Commission also launched an annual University Business Forum to provide a forum for dialogue between the communities of higher education and business. In February 2009 we repeated this event, which offers participants from universities, businesses and educational authorities opportunities for discussion which will contribute to improved networking, teaching, research and innovation capacities at European universities.

TSS: 2009 is supposed to be the European Year of Innovation and Creativity. How can the education sector and the labour market specifically benefit from this initiative?
JF: The most successful economies today are based on knowledge and operated by creative and innovative people. With the European Year of Creativity and Innovation we want to show how knowledge moves economies. Both the education and economic sectors have to recognise that they depend on each other in this. The role of education is to help everyone acquire the key competencies they will need in tomorrow’s labour market. These key competencies include languages, maths, science and the ability to use digital technology, but also the ability to play an active part in social and civic life, a sense of initiative and entrepreneurship and awareness of one’s cultural potential.

The European Year of Creativity and Innovation supports this by raising awareness among stakeholders and the general public by promoting discussion and by drawing attention to good initiatives that are already taking place. EU member states have planned more than 300 events across Europe. As a concrete benefit for both education and the economy we hope to see creativity and innovation become a more integral part of all future European policies.

TSS: You have several times called for greater mobility for students, teachers and researchers. Could you explain how such mobility could benefit academia? How effective are the EU’s schemes to enhance such mobility? How can you at the same time avoid brain-drain?
JF: We strongly support mobility within education—for students, and for teachers and trainers—for three reasons. First, it’s good for people’s education: it tests them, it exposes them to new knowledge, and it broadens their language skills and helps them to work later in a single European labour market. Second, it’s good for Europe: it breaks down barriers between people and fosters the intercultural dialogue. And, thirdly, it builds partnerships and promotes learning between the institutions—universities and schools—which participate in mobility.

Our support schemes have been effective in opening up mobility opportunities in the different areas of learning: in universities, vocational training, adult education and schools, but also among young people outside formal education. In all of these areas, we can show good effects; but in each area, we are still only reaching a small share of the overall youth population. A greater and joint effort is needed to make mobility the standard in Europe, not the exception.

You ask about the benefit to academia. Mobility, notably via the Erasmus programme, has been an important driver for greater exchange and partnership between our universities. A study that we have just published shows that the impact of Erasmus on European higher education is openness, quality and internationalisation. Europe’s universities are working together more and more in ways which go well beyond simple student and staff exchanges.

Brain drain, both within Europe and from Europe to North America is indeed an important challenge. But our vision of mobility can lead to a pattern of brain circulation more than brain drain. Smaller and less prestigious academic institutions can benefit when their students and academics return from bigger and more eminent centres, bringing with them new knowledge and new approaches. Mobility, if properly managed, at the end of the day, can counter brain drain.

TSS: While a lot of stress has been placed on university education, vocational training has been somewhat neglected in Slovakia. The emerging lack of qualified labour in some sectors has revived this debate. Is this debate alive in other European countries?
JF: It is indeed a great challenge to ensure the availability of a skilled, flexible and adaptable labour force. And it is a major concern not only for Slovakia, but for all European countries.

Our systems of vocational education and training (VET) should contribute to increased business performance, competiti-veness and innovation and to better functioning labour markets.

The so-called Copenhagen process for VET reform in Europe, which involves European education ministers, social partners and the European Commission, has already achieved a lot to raise the quality and attractiveness of vocational education and training in Europe. Last year we started a new initiative, called Euroskills, which is a kind of Olympics of vocational skills—for example constructing houses, mending cars or computing web design, hairdressing and many others—truly a showcase of young people’s talents. The competition will be organised every second year. After Rotterdam in 2008, the next will take place in November 2010 in Portugal.

Improving the links between education systems and the labour market is a particular concern. We have the ambition to develop tools focusing on matching people’s skills with those needed in tomorrow’s labour markets. EU countries should facilitate not only the progression from one educational level to another but also the transition from training to work and from one country to another. We have launched a number of tools to remove persisting obstacles to these transitions, such as the European Qualifications Framework and the European system for the transfer and accumulation of credit in vocational education and training. We are now working with countries to implement these new tools. This in turn will help us build a genuine Europe-wide labour market.

TSS: You have also stressed the issue of lifelong learning, which is a concept that has been neglected and underestimated in many post-communist countries. What are the challenges that lifelong learning poses for academia?
JF: The concept of lifelong learning has been neglected not just in post-communist countries, but across most of the EU. Lifelong learning presents a challenge, in that it will require universities to be more open to providing courses for students at later stages in their lives. This also presents an opportunity for universities, since demographic change means that in the coming years they can expect falling enrolment numbers from students coming directly from school. Many universities have understood this, and the Lifelong Learning Charter presented by the European University Association in 2008 is a useful starting point for future discussions, as it will encourage universities to explore how to open themselves up more to adult learners.

More articles about Slovak labour market you can read in our Career & Employment Guide 2009.