Cherishing the treasures of Slovakia

IN TIMES WHEN towering cathedrals and colossal buildings adorned with gold and enormous paintings were being erected in Europe, very few of the illustrious architects probably imagined that little wooden churches built by simple people somewhere in the forests of poor central Europe would one day compete with the glory of their works. 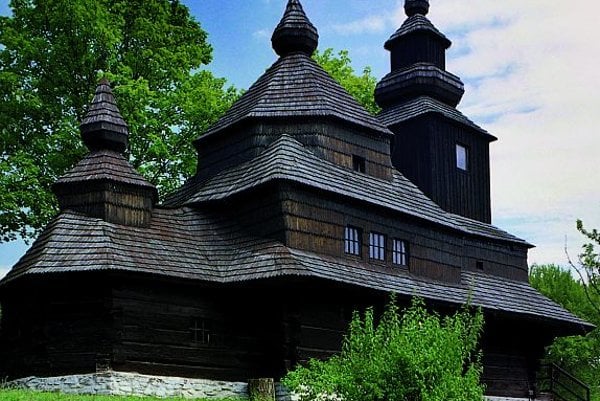 IN TIMES WHEN towering cathedrals and colossal buildings adorned with gold and enormous paintings were being erected in Europe, very few of the illustrious architects probably imagined that little wooden churches built by simple people somewhere in the forests of poor central Europe would one day compete with the glory of their works.

But that day has come and eight of almost sixty little wooden churches scattered throughout northern and eastern Slovakia are now listed as UNESCO World Heritage Sites, just like Saint Mark’s Basilica in Venice or the Palace of Westminster in London. On February 24 in Bratislava, Slovak culture minister Marek Maďarič presented local authorities with the official documents confirming what had officially been announced in July 2008.

“In times past only a few Slovaks knew that we even had some wooden churches in Slovakia, but the situation has been changing, as journalists and publishers started to inform the public about them,” the minister told the TASR newswire.

And it seems that people are learning about them. A number of publications about the sacred wooden buildings have appeared since last year, including the latest titled Chrámy (Churches).

The book, primarily photographic, is authored by Karol Kállay, one of the best-known Slovak photographers, who has cooperated, for example, with the world famous National Geographic magazine. The pictures are accompanied by a prologue by Marián Gavenda, a Roman Catholic priest and the ex-editor-in-chief of the Katolícke Noviny (Catholic Gazette) weekly and by comments on the architecture of the churches by Miloš Dudáš, director of the Žilina Regional Monuments Board and the manager of the successful UNESCO inscription project.

As all the texts are written both in Slovak and in English, foreign readers can also enjoy the publication, said Mária Lešková, the PR manager of Ikar Publishing House.

“It is meant for all those who admire our rich Slovak lore and want to discover these wooden treasures of ours that cannot be found anywhere else,” she told The Slovak Spectator.

The idea of immortalising the churches came from the famous 82-year-old photographer himself, who, as he said, felt he had “a certain debt towards Slovakia”.

“During my career, I have travelled the whole world and made thousands of photographs of New York City, Mexico City, Los Angeles, Tokyo and Beijing,” said Kállay. “But in the last few years, I realised that I had not paid sufficient tribute to my own homeland, which is a shame. So I started to focus on Slovakia’s numerous monuments, and I also became interested in the wooden churches.”
According to Kállay, who has graduated from two universities and speaks five languages, the recipe for a good photo is mainly a good education, without which he would not have been able to picture the atmosphere of either the churches or any other object.

“Of course, talent is important, but 99 percent of success lies in hard work,” he told The Slovak Spectator. “A shallow artist will always make a shallow piece of art.”

Miloš Dudáš agreed with Kállay that to capture the atmosphere of the little wooden churches is an extremely challenging task, mainly because of their specific architectural design.

“Through the territory of what is today Slovakia ran an imaginary border of two cultures, occidental and oriental,” the historian told The Slovak Spectator. “For that reason, the churches are unique in their combination of the elements of both Latin and Byzantine styles.”

Out of more than 300 wooden churches originally built, only about sixty have been preserved. There are three types of them: the most ancient are Roman Catholic, built during the 15th century with elements of Gothic architecture; the more recent Evangelical churches were built mostly in the late 17th century; and the youngest buildings are Greek Catholic from the 18th century.

However, the genius loci of the eastern Slovak sacred buildings dwells also in another aspect, namely the human dimension of the wooden heritage, Dudáš added.

“These ‘Houses of God’ were built by simple villagers, who often could not read or write, but knew perfectly well how to treat wood,” he remarked. “Having a sort of natural sense of harmony, they literally felt which hill or meadow would be the best place for their church, though they probably were not capable of explaining it. As a result, the ambience of these buildings cannot be understood without seeing their surroundings and the people praying inside.”