THE OFFER, by its new owner, of jobs to two thirds of the workers at a glass company in Poltár which had been on the verge of bankruptcy is one of a small number of positive new items in a flood of negative reports about the heavy impact of the global economic downturn on central Slovakia. The crisis has worsened an already bleak situation in the area, and in particular in Banská Bystrica Region, which has long suffered from a high jobless rate. 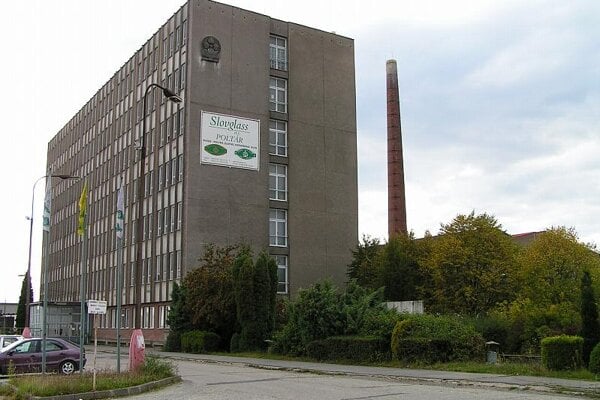 THE OFFER, by its new owner, of jobs to two thirds of the workers at a glass company in Poltár which had been on the verge of bankruptcy is one of a small number of positive new items in a flood of negative reports about the heavy impact of the global economic downturn on central Slovakia. The crisis has worsened an already bleak situation in the area, and in particular in Banská Bystrica Region, which has long suffered from a high jobless rate.

At the end of January, Banská Bystrica Region registered an unemployment rate of 15.20 percent, up by almost 1 percentage point (from 14.25 percent) in just one month, according to data from the Labour, Social Affairs and the Family Office (ÚPSVAR). This greatly exceeds the average jobless rate in Slovakia, which was 9.03 percent in January.

“Unemployment in our region is higher-than-average when compared with the nation as a whole, and has been for a long time,” Milan Murgaš, the chairman of the Banská Bystrica Self-Governing Region, told The Slovak Spectator. “One reason for this is the number of long-term, low-skilled unemployed; another element is the bad structure of industry and poor interconnection of education and business. We have many examples of huge heavy-industrial complexes which were built in the past with big towns surrounding them. After the switch to the market economy, they failed to diversify their production, and thus valleys with two-digit jobless rates have emerged.”

The situation in Žilina Region, with an unemployment rate in January of 6.68 percent, is better. But here too the economic downturn, as in most other Slovak regions, is increasing the number of jobseekers and reducing the number of vacancies.

“At the end of January, 52,876 people were looking for jobs in the Banská Bystrica Region, while in the Žilina Region there were 24,594 jobseekers,” Jana Bartošová of ÚPSVAR headquarters told The Slovak Spectator. “The biggest number of jobseekers arrived from the manufacturing industry, extraction of mineral raw materials, and the production and distribution of electricity, natural gas and water.”

With regards to the level of education, jobseekers with vocational training (4,119) dominated the newly unemployed, according to Bartošová.

There will now be even more unemployed in central Slovakia since a number of companies have announced mass layoffs.

“During January, companies announced to local labour offices in Banská Bystrica and Žilina Regions a total of 19 mass layoffs, endangering a total of 3,133 jobs,” said Bartošová. “The employers plan to fire these employees over the next one to nine months, starting as of February.”

Two districts of Banská Bystrica Region, Rimavská Sobota and Revúca, topped the district rankings with unemployment rates of 29.11 percent and 27.45 percent, respectively. These are also the only two districts in Slovakia where the unemployment rate exceeds 25 percent.

Bratislava-based company Depozit Slovakia is the new owner of glass company Slovglass in Poltár, and has taken on 450 out of the 715 former employees of the company, the SITA newswire quoted Július Murín, a production advisor to bankruptcy trustee of Slovglass, as saying on March 2. The involved parties signed the sale documents on February 28.

The new owner has paid roughly €1.66 million for the company and promises to invest over €2 million in the modernisation of its production facilities.

The threatened closure of Slovglass, the biggest employer in the Poltár district, would have significantly increased the local jobless rate, which stood at 18.11 percent in January. If the transaction had not taken place, the bankruptcy trustee would have terminated its production.

Slovglass has been loss-making for some time; the weakening US dollar and competition from cheaper glass production from Asia were reportedly behind the worsening situation in the company, according to the ČTK newswire.

The intention of the new owner is to maintain traditional production.

“We want to produce glass of high quality and we see a great prospect in Slovglass,” Branislav Hamaš of Depozit Slovakia said, as quoted by SITA.

The labour office in Lučenec, which also covers the Poltár district, predicts an upward trend in the number of jobseekers. In this part of Slovakia people with vocational training, and completed or uncompleted basic-level education dominate the ranks of the newly unemployed, according to Valéria Vyletelová of ÚPSVAR in Lučenec.

“Our office registered three mass layoffs, two in December and one in February,” Vyletelová told The Slovak Spectator. One of them was also the announced layoff in Slovglass. After the successful sale of the glass maker, the number of work positions to be cancelled decreased to 165.

Of four districts in Slovakia with a jobless rate between 20 and 25 percent, one is in Banská Bystrica Region: the Veľký Krtíš district.

“During the first 10 months of 2008, the local jobless rate had been decreasing, from 19.25 percent in January to 17.29 percent in October,” Silvia Cellengová of ÚPSVAR in Veľký Krtíš told The Slovak Spectator. “But afterwards it started to increase gradually. By the end of January it had risen to 21.48 percent. Along with the rise in unemployment, the number of vacancies decreased too.”

Veľký Krtíš reports the biggest inflow of jobseekers from the electro-technical and carmaking industries, construction, and of people who had previously been self-employed. Jobseekers with vocational training and basic education dominated the new jobseekers, according to Cellengová.

People returning home after losing jobs abroad as a result of the global economic downturn have also swelled the numbers of jobseekers in central Slovakia.

In December and January, more than 500 jobseekers who had previously worked elsewhere in the European Union registered as jobseekers, Peter Zeman from ÚPSVAR headquarters told The Slovak Spectator. They had returned from the Czech Republic, Great Britain, Hungary and Ireland.

While the labour office in Lučenec did not report a significant increase in this category, Veľký Krtíš registered 95 new jobseekers between December and February who had most recently worked abroad in the EU.

Even though Banská Bystrica Region has an above-average jobless rate, the district occupied by the city of Banská Bystrica itself currently registers below-average unemployment of about 5 percent. In spite of this it has not avoided mass layoffs.

“Kuster AT in Vlkanová and Military Sports Centre Dukla in Banská Bystrica have announced mass layoffs,” Ružena Paulusová, the director of the labour office in Banská Bystrica told The Slovak Spectator. She listed the bad economic situation and organisational changes behind these layoffs which will affect 124 jobs in total.

Similarly, the district of Žilina which contains the city of Žilina is reporting a lower-than-average unemployment rate. During January the rate rose by 0.25 percentage points to 4.11 percent, according to ÚPSVAR statistics.

“In the Žilina district the biggest employers are terminating contracts with workers with limited contracts or who are still in their trial period,” Jozef Machyna, the director of the local labour office told The Slovak Spectator. “In some cases small production units have shut down due to a shortage of contracts.”

But in the districts of Bytča and Kysucké Nové Mesto, where principal employers Kinex and INA Kysuce are reducing their labour forces, the jobless rate has increased to the highest levels in the region, of 9.9 percent and 9.12 percent respectively, according to Machyna.

“It is not just the increasing inflow of jobseekers that is bothering us, but also the lower creation of new jobs,” Paulusová, at the Banská Bystrica labour office, told The Slovak Spectator.
Lucia Burianová of Profesia, which runs the biggest jobs internet portal in Slovakia, confirms this trend.

“The number of vacancies has been decreasing in all regions of Slovakia over the last few months,” said Burianová. “Compared to the same period of the previous year, vacancies fell the most in Banská Bystrica Region, while Košice Region posted the lowest decrease.“

Profesia registered about 300 vacancies for Banská Bystrica and Žilina Regions on March 4. The portal updates vacancies three times a day, according to Burianová. Most vacancies are in trade, economics, finance, accounting, banking, insurance, construction and real estate.

Local labour offices are responding to the worsening employment situation with educational and requalification courses.

“We see room to re-qualify these people for other kinds of jobs in order that they fit the requirements of the labour market in our district,” Alena Volčeková, from the labour office covering Žilina Region’s Námestovo and Tvrdošín districts, told The Slovak Spectator. “For the time being our office is much more actively responding to the requirements of the market in terms of requalification. Education and preparation for the labour market is one of key measures … to address the discrepancies between the demand for and the supply of labour.”

Banská Bystrica Region is addressing the situation in cooperation with labour offices as well as with the Ministry of Labour, Social Affairs and Family.

“It is very hard to fight this problem, especially at a time when jobs are vanishing, said Murgaš, the head of the BBSK. “Many young people are returning from abroad, where conditions have worsened to such an extent that it is not profitable to work anymore, or where they cannot cover even their most elementary needs. These young people fall back on the local social network.”

“We are trying to obtain stimuli and support,” Murgaš said. “We are adapting academic curricula to reflect the requirements of the workplace, we are meeting members of the business community, and we are searching for opportunities to create jobs through construction of roads, reconstruction of schools, through creation of social enterprises, etc.”