NOBODY is an island and this is true for a country too. Cooperation by Slovakia with its neighbouring countries dates far back into the past in the areas of tourism, nature protection, and culture, as well as in business. As a small country, each of Slovakia’s regions shares borders with at least one other country. This has resulted in rich cross-border cooperation, energised by the pan-European spirit cherished by the European Union and by the countries of the Visegrad Four and their citizens. 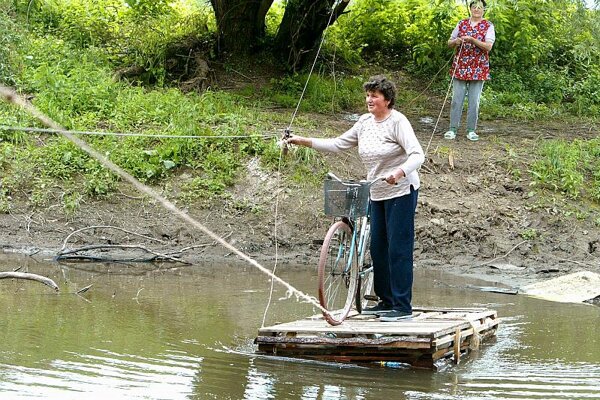 NOBODY is an island and this is true for a country too. Cooperation by Slovakia with its neighbouring countries dates far back into the past in the areas of tourism, nature protection, and culture, as well as in business. As a small country, each of Slovakia’s regions shares borders with at least one other country. This has resulted in rich cross-border cooperation, energised by the pan-European spirit cherished by the European Union and by the countries of the Visegrad Four and their citizens.

The Banská Bystrica and Žilina regions are no exception and they have cultivated rich cooperation across their borders. While Žilina Region borders the Czech Republic and Poland to its north, the Banská Bystrica Region neighbours Hungary to the south.

“Among the beneficial projects from the programming period 2004-2006 there was, for example, a pilot project focusing on the environment of the Slovak village of Žiar and the Polish village Czarny Dunajec with the title Optimising Sewage Water Purification in Mountainous Regions and Foothills,” Peter Kubica, the spokesperson of Žilina Region told The Slovak Spectator.

“Its goal was to improve the situation in purifying and handling sewage water on the foothills of the Western Tatras.”

Kubica mentioned another project with Poland called Lets’ Know Each Other – Summer in Beskydy, with the aim of intensifying cooperation in this Slovak-Polish region in cultural and social aspects and to strengthen relations between citizens, institutions and businesses on both sides of the frontier.
Regarding Slovak-Czech cooperation, the Žilina Region supported a project by the Kysuce Observatory with the goal of strengthening cooperation in the field of astronomical education and initiating contacts and relations between professional and lay astronomers.

“Another interesting project is reconstruction of the ice rink in Dolný Kubín with the aim of creating a modern, competitive and developing region in Lower Orava,” Kubica said. “In winter, a number of sports clubs from Slovakia – but in particular from the Czech Republic, Poland and Hungary – use this place.”

Regarding cooperation with Poland, the Žilina Region is working with the Polish Gmina Strumien on a programme to revitalise and develop their joint cultural heritage. Using its regional identity of shared traditions and history, it promotes the region and maintains the national cultural and natural heritage for the next generations.

“We are also working on linking cross-country ski routes on the Czech and Slovak sides of the borders in the regions of Morava and Kysuce,” said Kubica.

Other projects should increase the number of visitors to Strečno Castle as well as to cultural events on both sides of the frontier.

Banská Bystrica Region has developed a number of projects enhancing cross-border cooperation with Hungary. Lucia Miklešová from the Department of International Cooperation of Banská Bystrica Region mentioned implemented projects in the areas of tourism and exchange of cultural events, as well as projects to improve the quality of the drinking water supply and the environment.

“The main benefit of the cooperation is the exchange of experiences and ways of life, establishing cooperation between the local governments, building of partnerships on the local level and using funds from the European Union,” Miklešová told The Slovak Spectator. “The most interesting projects were in tourism and nature protection.”

Among these projects, Miklešová listed the Hont without Borders project which presented traditional culture from the Hont region at the Hont Parade festival in 2006; a programme of nature protection with the aim of protecting water resources in the Gemer-Turňa karsts; the Novohrad Geopark; and the Novohrad tourist information centre in Fiľakovo.

As the international border region in the southern part of Banská Bystrica Region is lowland plains, compared to the mountainous terrain in many other border parts of the country, there is a possibility to build cycle paths here suitable for less physically able tourists, according to Miklešová. The terrain is also suitable for popular Nordic walking as well as for golf courses.

Miklešová hopes that the project to reconstruct bridges over the Ipeľ River which had been destroyed during the Second World War will revitalise cross-border contacts, which were intensive before the war.

At one time in the past as many as 47 bridges joined Slovakia with Hungary over the Ipeľ River, according to the public broadcaster Slovak Television. Only three remained after the Second World War. Now the Banská Bystrica Region and the Hungarian county of Nográd are planning to build seven new bridges.

“We want to join our regions with bridges over the Ipeľ River,” said Miklešová. “The reconstruction of the bridges will bring to life business, social and cultural relations in our border regions.”