CENTRAL Slovakia has always been known as a region rich in minerals, especially gold, silver and copper. As such, it was an attractive site for mining experts from all over Europe, who built one of the first mining academies here. 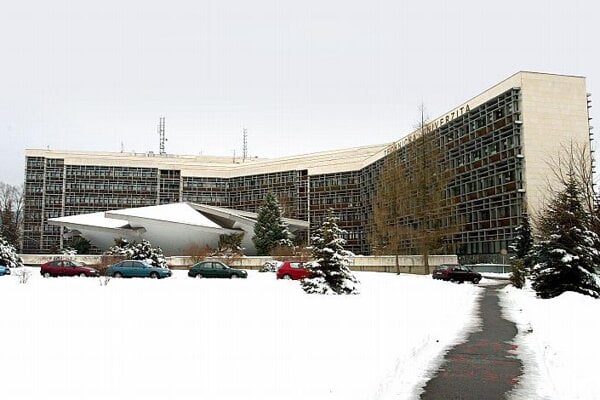 CENTRAL Slovakia has always been known as a region rich in minerals, especially gold, silver and copper. As such, it was an attractive site for mining experts from all over Europe, who built one of the first mining academies here.

The Mining Academy in Banská Štiavnica, established in the 18th century, became a model for the development of similar institutions in other parts of Europe, for instance the Polytechnic of Paris, and in other parts of the world. But in addition to mining and metallurgy, the Mining Academy also offered study courses in forestry and wood processing and in 1807 it established the Forestry Institute in Banská Štiavnica, the first university-level forestry programme in Slovakia.
“The exploitation [of silver, copper and gold] required on one hand the use of advanced devices and techniques, and on the other had high consumption demands on wood; and the original wood exploitation methods, as well as methods of mining and metallurgy, led to devastation of the forest environment,” said the rector of the Technical University in Zvolen (TUZVO), Ján Tuček, explaining why research and education in forestry became centred in the heart of Slovakia.

TUZVO is the successor of the University of Forestry and Wood Technology, established in 1952 in Zvolen, to resume the tradition of forestry education in the region after the turbulent war years and post-war period. The fact that the mining and forestry institutions were both founded and gained their strong position in Slovakia’s central region is logical, said Tuček.

“Study programmes in our specialisations necessarily have to involve practical training too, and this region – with its great natural wealth and various traditional and advanced activities of men in nature – offers optimal conditions for that,” he told The Slovak Spectator.

The life sciences (also called green) universities in Europe and throughout the world differ in their specialisations and scope of focus. TUZVO is unique with its focus on the complex field of forest–wood–ecology–environment and its related specialisations such as wood-processing management.
According to Tuček, there are different traditions across the world in teaching the disciplines related to forestry and wood science.

“We can, however, build on our long tradition here, as the principles of a sustainable economy and forest maintenance aligned with nature come from our part of Europe, with significant contributions by our experts,” he said, adding that the university-level study programme in wood science developed at TUZVO was one of the first of such university programmes.

Since the traditional study of forestry was developed and transformed in Europe in various ways, there is now the need to harmonise the different traditions.

“I hope we will manage to solve this problem by innovating and enriching our methods here in Slovakia while still maintaining our unique approach,” Tuček said.

While the university takes pride in its research activities within the international academic environment, he said the situation is not as favourable when it comes strictly to education. Tuček said the university would like to include many more foreign language subjects and programmes in their portfolio, but that the university’s capacity to do so is not sufficient, especially in the language skills of the teachers. He said the university offers one study programme, Wood Science and Technology, in English, but that students only pick individual subjects from it, rather than completing the whole programme.

TUZVO now has the important task ahead of it to benefit from Zvolen’s long tradition and experiences in this field as globalisation and unification of university studies across Europe is taking place. International cooperation, therefore, is of strategic importance for the university.

An opportunity for TUZVO to enhance its international activities came in 2007, when the United Nations University in Tokyo (UNU) announced its interest in opening a branch in Slovakia to house a centre specialising in improving the health of the countryside and ecosystems harmed by human activities.

TUZVO cooperated with the Slovak University of Agriculture in Nitra and the Faculty of Natural Sciences of Comenius University in Bratislava and the Slovak government, especially the ministries of education, agriculture, environment and foreign affairs, which supported the project.

The centre is expected to accommodate between 10 and 20 PhD students, with some of the students coming from developing countries. Because UNU itself does not have accreditation to issue university degrees, the diplomas for the graduates will be issued by the students’ local universities, the Sme daily wrote.

“Several conferences and feasibility studies have proven the need for such a centre on the part of the UNU, by the central and eastern European region, as well as by our Slovak universities,” Tuček told The Slovak Spectator. The centre would be the UNU’s 15th in the world and first in this region of Europe.

Personnel changes in UNU’s management have slowed down the process of opening new centres and, according to Tuček, the actual location of the centre in Slovakia has not yet been agreed upon as well. Of the three proposed seats – Bratislava, Nitra and Zvolen – the Slovak partners, including the Education Ministry, support Zvolen, while the partners from UNU would prefer Bratislava, “despite the fact that the institutions in Bratislava do not offer equal quality in conditions compared to Zvolen”, Tuček said.

Having the UNU in Zvolen would be of great significance for TUZVO, especially for its PhD students, said Tuček since the presence of foreign specialists and university administration would strengthen academic life in Zvolen.

“And I’m not even speaking about preparing and solving projects together with the other centres from developing and also developed countries, which would necessarily accompany the PhD studies,” Tuček said.