JANUARY figures have confirmed that the global economic downturn has started to affect Slovakia markedly. During the first month of 2009, production in both industrial and construction sectors shrank by over one quarter when compared with January 2008. Market watchers ascribe the decline to the natural gas crisis in early January, the overall economic downturn, as well as to bad weather. Future prospects are gloomy, though the public sector may spur more construction work. 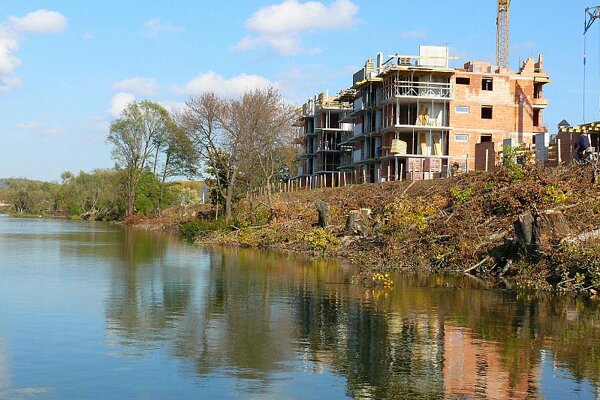 JANUARY figures have confirmed that the global economic downturn has started to affect Slovakia markedly. During the first month of 2009, production in both industrial and construction sectors shrank by over one quarter when compared with January 2008. Market watchers ascribe the decline to the natural gas crisis in early January, the overall economic downturn, as well as to bad weather. Future prospects are gloomy, though the public sector may spur more construction work.

The previous downward trend of production in industry at the end of 2008 accelerated in January, the Slovak Statistics Office announced on March 9. The industrial production index decreased by 27 percent year-on-year in January and reached the lowest value since the introduction of the new index in 1999.

Lenko sees low demand and a drop in foreign orders caused by the global economic crisis as behind the deep fall in manufacturing production in January. Another factor pushing production down was the natural gas crisis.

“Most major companies in industry halted production for almost two weeks due to the halt in supplies of natural gas from Russia,” said Lenko.

The outlook for overall industrial production is not bright either. In spite of resumed gas supplies and the restart of production, Lenko does not expect the February data to convey any improvement.

“We expect that production in industry in February dropped by 27 percent again because of the constantly decreasing foreign demand and orders as indicated by the detailed structure of the confidence indicator in industry,” said Lenko.

The drop in production of electrical equipment was not a big surprise for the Association of Electrotechnical Industry of the Slovak Republic (ZEP SR).

“Since the warning signs from autumn 2008, not only suppliers of the automotive industry but also other members expected a drop in orders,” Vladimír Kalina, the ZEP SR secretary general, told The Slovak Spectator. “This drop in January was between 25 and 40-50 percent when compared with the previous year’s period. We had expected this dramatic development.”

Kalina identifies liquidity as the crucial factor for the future as companies can continue for a while even without profit but liquidity is indispensable. Improvement of labour productivity via purchase of new technologies but also better organisation of production processes will also help lessen the fall in production. But Kalina does not expect that the measures adopted thus far by the Robert Fico cabinet will help the electrotechnical sector significantly.

“Even some kind of a scrapping bonus, similar to the one which the government has approved for cars, would not be of much benefit to the electrotechnical industry,” Kalina told The Slovak Spectator.

Regarding the future, Kalina expects that an upturn may come towards the end of this year.
“We have not reached the bottom yet,” he told The Slovak Spectator.

Market watchers see insufficient demand for construction products, financing constraints and unfavourable weather conditions, as well as the impacts of the financial crisis and a high reference base from the previous year, as being behind the significant drop.

Ján Nemec, the head of the office of the Association of Construction Entrepreneurs of Slovakia (ZSPS), comprising construction companies with about a 40 percent share of the construction market in Slovakia, does not see the drop as extremely deep particularly when the January weather is taken into consideration.

“Compared with December, when we take into consideration the seasonal influences, the drop in construction was not so deep, less than 20 percent,” Nemec told The Slovak Spectator. “In January last year, nice weather enabled workers to work on construction sites and to generate a high comparison base. But this January the weather was bad and construction was halted, which led to this relatively deep drop.”

Nemec acknowledged that there are some financial restrictions on the industry as the crisis has started to be reflected in relations with banks. This is also a factor which will affect the construction sector for the rest of the year, according to Nemec.

He listed production of construction materials as the building sector most affected by the global economic downturn.

“In previous years, construction materials such as bricks, insulation, and others were almost critical materials when producers were working at over 100 percent of capacity,” said Nemec.

The current situation has brought some positive features to construction companies. While many of them reported problems in the past in recruiting qualified labour, qualified workers are now standing in front of companies asking for work, Nemec said, citing the experiences of some companies.

ZSPS expects that the global economic crisis will hit the Slovak construction sector more directly only during the second half of this year in contrast to its annual 12 percent growth in production in 2008.

“The effect of inertia, which is typical for the construction sector, means the crisis will hit with a certain time lag,” Ján Majerský, the ZSPS's president, said at a press conference in late February. “Companies have orders for the first five or six months of 2009.”

The association has identified some measures which might help the construction sector survive these difficult times.

“We propose to put money in segments where demand for construction production already exists,” Nemec told The Slovak Spectator. “These are the segments of infrastructure, insulation of building, and environmental and energy constructions, for example.”

The idea is that the state would finance such projects from public funds, explained Nemec.
“Production as well as labour capacities are ready,” he said. “This means that employment in construction would not decrease, people would have jobs, and companies would produce and earn and pay taxes to the state.

"Moreover, for example, insulation of buildings will bring a synergic effect of reducing heating costs by 40 percent.”