IF František Blanárik, the head of the National Security Office (NBÚ), needed a security clearance from his own institution today, he would not qualify for one. According to documents found recently in the archives of the communist-era Czechoslovak military intelligence service, Blanárik was an informer – a fact which would now disqualify him from having access to classified information. But instead of being dismissed from his post, Blanárik, a nominee of the ruling coalition HZDS party, continues to enjoy government support. The coalition has said it has no intention of investigating the findings. 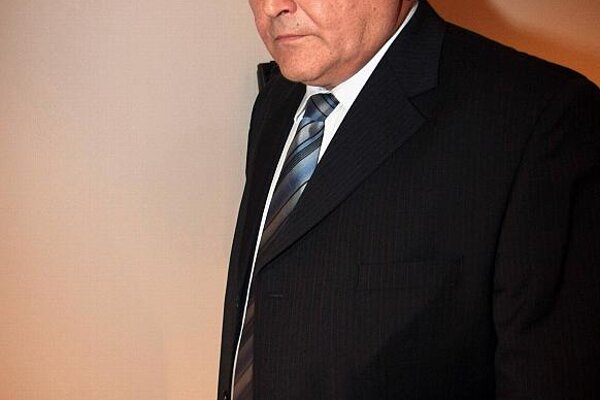 IF František Blanárik, the head of the National Security Office (NBÚ), needed a security clearance from his own institution today, he would not qualify for one. According to documents found recently in the archives of the communist-era Czechoslovak military intelligence service, Blanárik was an informer – a fact which would now disqualify him from having access to classified information. But instead of being dismissed from his post, Blanárik, a nominee of the ruling coalition HZDS party, continues to enjoy government support. The coalition has said it has no intention of investigating the findings.

While saying that Blanárik’s situation does not raise serious concern about the integrity of the Slovak security system, foreign diplomats called on Slovakia strictly to observe its own rules for issuing clearances.

“A broad range of information, including classified information, is shared among NATO allies,” said US chargé d’affaires Keith Eddins. “The fact that some of the information shared within NATO pertains to ongoing military operations makes it particularly important that national procedures are rigorous and that their requirements are honoured.”

Documents found in communist security archives in Prague indicate that Blanárik worked as an informer for the VKR, the military intelligence predecessor to today’s VOS (Vojenské Obranné Spravodajstvo, or Military Security Agency).

The file of Ladislav Bielik, a professional soldier, contains records that Blanárik told communist agents that Bielik and his wife Gabriela allowed an emigrant couple by the name of Dvorecký to stay in their flat without announcing the visit to the authorities. At the time, Czechoslovak citizens were required to report all such contacts.

Blanárik discovered from Bielik that Mr. Dvorecký was then living in the US, where he was working as a labourer and improving his English. He also told his spy masters that the visit of the emigrant couple had been facilitated by Anna Oravcová, an English teacher at a secondary school in Levice in central Slovakia.

The file entries are for the years 1983 to 1985, at which point Blanárik left Czechoslovakia to study in the Soviet Union, and his relationship with the VKR was interrupted.

The Markíza TV station and the Sme daily also reported other contacts between Blanárik and the VKR. According to research by The Slovak Spectator, these entries, while also attributed to “Fero” – Blanárik’s code name – were accompanied by a different personal ID number, meaning they were not provided by the current NBÚ chief. The communist secret services used hundreds of agents code-named “Fero”.

At the time Blanárik received his security clearance under the previous Mikuláš Dzurinda administration, the NBÚ did not know of his work for the VKR. Applicants are routinely denied clearances if they worked for the communist secret services, if they have contacts with organised crime, if they abuse drugs or alcohol, or if they have anything else in their personal files that could make them liable to blackmail or disposed to leak information.

The current Slovak system of issuing security certificates was introduced in preparation for the country’s entry to NATO and the EU, which gave Slovaks access to a broad range of classified data.
Following revelations last month of Blanárik’s cooperation with the VKR, the political opposition tried to have him removed from his post.

However, the parliamentary committee for oversight of the NBÚ, where government MPs have a majority, refused to request documentation on Blanárik from the Prague archives, and issued a statement on March 11 saying that it was impossible to confirm or reject the charges.

“The resolution that was adopted was one that everyone was willing to vote for,” said committee member Dušan Jarjabek of the ruling Smer party.

Committee chairman Anton Korba of the Slovak National Party said he was convinced Blanárik had not been an informer.

“I didn’t see anything of the sort in those documents,” he said. When confronted with the fact that the same charges were supported by evidence from the file of Blanárik’s wife, Korba said “her file does not interest us”.

A senior diplomat from a NATO member country, speaking on condition of anonymity, said Blanárik’s situation was not cause for serious concern.

“We're aware of the situation, and we‘re looking at some of the commitments Slovakia made,” the diplomat said. “At this point it’s a procedural matter, in that if they are skirting procedure with regard to this guy, that creates room for cracks to appear.”

However, the diplomat said deficiencies in the Slovak security apparatus were not greater than in other NATO members, and that anyway, the alliance took precautions against such weaknesses.

“We are aware of problems in the security structure, which is why we don’t share everything.”

According to domestic security sources, following a visit to Bratislava in 2007 by a team from the Office of Security, NATO’s security clearance authority, the Slovak system was hailed as a model for other alliance members.

Serbian military counter-intelligence officials also accompanied Serbia's deputy defence minister, Dušan Spasojevič, on a recent visit to learn more about the Slovak security clearance system prior to introducing their own.