CHISINAU, TIRASPOL – With parliamentary elections only a fortnight away, Moldova’s younger generation is still struggling to rid the country of its communist heritage. 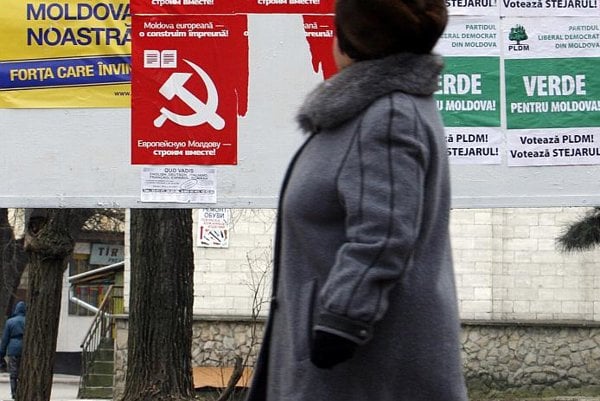 CHISINAU, TIRASPOL – With parliamentary elections only a fortnight away, Moldova’s younger generation is still struggling to rid the country of its communist heritage.

Wedged between Romania and Ukraine, the former Soviet republic is one of only three countries in the world ruled by an elected communist government. Largely agricultural, Moldova is the poorest country in Europe – its annual per capita GDP is $2,500, on a par with Sudan – as well as the most corrupt. According to Transparency International, graft here compares with Rwanda, although it is still less widespread than in Russia.

Poverty, unemployment and corruption have led hundreds of thousands of Moldovans to emigrate. About one-third of the country’s GDP is made up of remittances from citizens working abroad, and parents abandoning children to take foreign jobs has become a major social issue.

As if that weren’t enough, Western-looking Moldovans have to fend off a political threat from a group of pro-Russian parties around Petru Lucinschi, a former secretary of the Soviet Communist Party. Lucinschi, who served as president of Moldova from 1996 to 2001, presided over the country’s most crime-ridden post-independence years, and even now advocates stronger ties with Moscow.

Given the challenges to the country’s young democracy, the Slovak-based NGO People in Peril sponsored a visit by Slovak journalists to Moldova in early March to advise local media on their coverage of politics.

“Journalists will play a key role in the pre-election period in terms of opening people’s eyes to what is going on, so it’s very important that they have the courage to write about politics, corruption, populism and so on,” said Pavol Makys of People in Peril.

With so much at stake in these elections, Nicolae Federiuc, editor of the main opposition newspaper, Flux, has no shortage of material.

The March 4 edition of Flux featured a report on the candidates fielded by eight pro-Russian parties around Lucinschi; 41 of them had criminal records.

Federiuc, 29, said the article was part of his paper’s “continuing battle against the mafia and the criminalisation of political parties”.

However, when asked if he would publish damaging material about the Christian Democrats, the strongest opposition party and his paper’s mentor, Federiuc shook his head emphatically. “No way. I would not take part in destroying the only hope this country has.”

Other titles are no less politically affiliated. “In Moldova these days, everyone knows which party stands behind which media. Journalists are not free to report as they wish,” said Makys.

For Federiuc and his colleagues, however, objectivity is a luxury he and his journalists can ill afford, given their greater concerns with intimidation and legal harassment.

“If you publish a story about official corruption, the police might easily find drugs in your car or weapons in your house,” he said. “That’s why the most sensitive stories are published under pseudonyms, to protect the writer.”

Flux has also undergone several name changes, Federiuc said, after it was unable to pay court settlements. “If the debt is too big, we just file for bankruptcy, change the name of the paper, and keep publishing,” he said.

The same complaints were repeated by other media. In the town of Cimislija in south Moldova, for example, the Business Info weekly is fighting a libel suit filed by Lydia Lupu, the president of a neighbouring region. Lupu is demanding €15,000 – a quarter of the paper’s annual budget – in damages for a story claiming she was corrupt.

“If we lose, we will have to close the paper,” said Vladimir Javgureanu, the publisher. “The law doesn’t apply to everyone in this country, especially the Communists. Corruption is flourishing in Moldova.”

Business Info, like many regional Moldovan papers, is partly owned by the local council, which restricts what it can print, and reserves space to run its own material.

In Orhei, a town in the north of the country, Vasile Roman, the editor of the local weekly, claims to have fought and won seven libel cases. After he wrote a story on how local communists had illegally privatised land, Roman says he was jailed for three days on trumped up weapons charges. Later, in 2001, his two teenage daughters were arrested for jaywalking and spent the night in jail. “We are in a difficult situation here, like all media in Moldova,” he said.

Roman’s paper, the Plaiul Orheian, is 40-percent owned by the local council, and the editor himself is a local politician with the Pro-Europe party. Like other journalists in Moldova, the Plaiul’s staff accept the implied conflict of interest as a fact of life, and report as much on corruption as they dare. Even "Mr. Obriaza", a sallow man who began his reporting career in the 1970s, said he was giving up his culture beat for investigative reporting.

While the battle to rejoin Europe is being won in Chisinau, the situation is bleaker in the breakaway Moldovan province of Transdniester. A thin strip of land on the eastern side of the Dniester river, Transdniester separated from Moldova following an independence war in 1992. It is recognised only by Russia and by other breakaway states such as Abkhazia and South Ossetia.

The Russian-dominated region has become crime-ridden, corrupt and repressed by the regime of President Igor Smirnov. “It is a cancer in the body of our nation,” Federiuc said.

In the capital Tiraspol, a statue of Lenin still stands in front of the parliament building, and Russian flags are everywhere. Police spot-checks halt foreign cars seemingly at random, and passersby refuse to talk to journalists.

Ivan, a 23-year-old MBA student in Chisinau who grew up in Transdniester, told stories of friends who had had businesses taken away from them by men from the Sheriff company, which is controlled by the Smirnov family. Others who had started an NGO had received death threats from the local secret service, he said, and had emigrated.

“I see no future in Transdniester because there are no jobs, and the few that exist go only to people with connections,” he said. “But a lot of other young people see no problem with the regime, because they have never known anything else.”