Inflation is under control

A YEAR ago inflation was something to be feared, and at all costs tamed in order to secure Slovakia’s entry to the eurozone. Today, its meekness appears to be one of the few upsides to the global economic downturn. The growth of consumer prices in Slovakia has been slowing for the past five months. Market watchers attribute this to falling demand, lower oil and food prices and the high comparison base from last year. 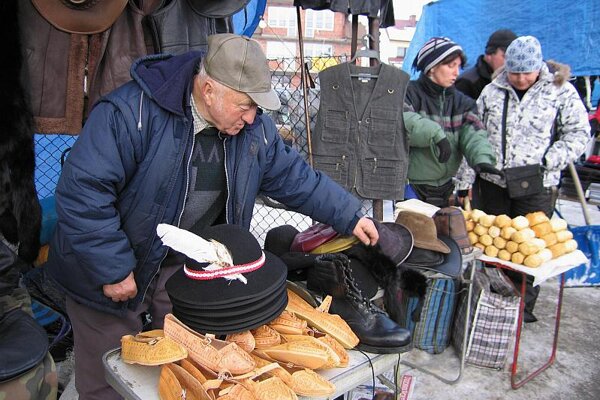 A YEAR ago inflation was something to be feared, and at all costs tamed in order to secure Slovakia’s entry to the eurozone. Today, its meekness appears to be one of the few upsides to the global economic downturn. The growth of consumer prices in Slovakia has been slowing for the past five months. Market watchers attribute this to falling demand, lower oil and food prices and the high comparison base from last year.

Meanwhile, the country’s central bank concluded that the impact of the adoption of the euro in Slovakia on inflation as measured by HICP was less than 0.2 percentage points, close to earlier estimates.

If the calculation of the impact of euro adoption on price development in January takes into consideration items whose prices actually dropped under the influence of the euro, then the overall effect of the new currency would be near to zero, according to an official statement by the National Bank of Slovakia (NBS).

“The greatest concern in association with introducing the euro in Slovakia was the population's fear of unjustified price hikes,” Poštová Banka analyst Eva Sárazová told The Slovak Spectator.

“However, Slovakia entered the eurozone in a different time and a different economic climate to its predecessors, euro-novices Malta, Cyprus or Slovenia.”

Slovakia switched to the euro in a time of deepening financial and economic crisis, which pushed down world consumption along with demand for goods and services, said Sárazová. There are now no significant inflationary pressures, which in normal times would be pushing the prices of goods upwards, she added.

According to Sárazová, oil prices have a large impact on the world commodity markets and when Slovakia adopted the euro oil prices were at around half their level compared to when, for example, Malta or Cyprus entered the eurozone.

“Low oil prices are also dragging down fuel prices, which lowers prices not only in transportation but also the costs of production or shipping for a number of other goods and services,” Sárazová added.

According to Mária Valachyová of Slovenská Sporiteľňa, Slovakia's largest bank, the strongest influence on the development of inflation in Slovakia comes from food prices, which are not experiencing the significant growth they did last year.

The growth of consumer prices was even slower than market watchers had anticipated, and they expect price growth to continue slowing.

Valachyová said that inflation in February was lower than her bank's forecast of 0.2 percent since imputed rentals and prices of services had recorded more moderate growth than anticipated.

“However, the numbers have vindicated the belief that the introduction of the euro would not cause a sharp jump in prices in Slovakia,” she said.

The Slovak Statistics Office has revised its estimates of consumer price growth for the first half of this year. It now estimates that inflation will stand at 3.1 percent at the end of June.

Sárazová expects consumer price index (CPI) inflation for the whole year to reach 2.8 percent on average and HICP inflation to be 2.1 percent. Valachyová predicts that CPI growth in the first half of 2009 will average 3.0 percent.

The lower base from last year, cheaper oil prices and also people's negative anticipation regarding the crisis should affect inflation in 2009, according to analysts.

“People are focusing more on how the crisis will affect their lives and are reconsidering the purchase of certain goods or services,” Sárazová said. “Thus the slowdown of consumption and demand is not creating strong inflationary pressures, which in normal times would be pushing the prices of products up.”

According to market watchers, however, the conversion rate also played a role in the development of prices and Sárazová suggested that if Slovakia had not entered the eurozone, the exchange rate between the Slovak crown and the euro would not have remained at Sk30 per euro.

“Trading with the Slovak crown as a result of the crisis would have been just as turbulent as has been the case for the currencies of Visegrad Four countries outside of the eurozone,” Sárazová said. The goods imported to Slovakia, or cross-border shopping in Hungary, Poland or the Czech Republic, would have been much more expensive for us than they are today.”

Slovaks citizens living in the border areas with Hungary, the Czech Republic and Poland have been travelling in large numbers to those countries to do their shopping because the neighbouring currencies have weakened considerably against the euro.

But the euro coin has two sides and Slovakia’s exports have become more expensive, which is making the country less competitive, Sárazová added.

“Besides, travelling to shop in other countries does not have a positive effect on retail turnover or domestic consumption which, during an economic crisis, might be expected to compensate to a certain degree for the paralysed foreign demand for our products,” Sárazová suggested.

According to Sárazová, people's willingness to cross the borders for cheaper goods drops as their distance from the borders increases - so market watchers do not expect a large-scale impact on the prices of goods and services in Slovakia.