SOFT is one word that observers have used frequently to describe the run-up to the first round of Slovakia’s presidential election. Now, with the choice narrowed down to just two candidates, the campaign is expected to become a lot tougher. However, the first sharp blows have been delivered not by the candidates themselves – Iveta Radičová, the joint candidate of the parliamentary opposition; and President Ivan Gašparovič, who is backed by the largest ruling coalition party Smer and its junior coalition partner the Slovak National Party (SNS) – but by their political supporters. 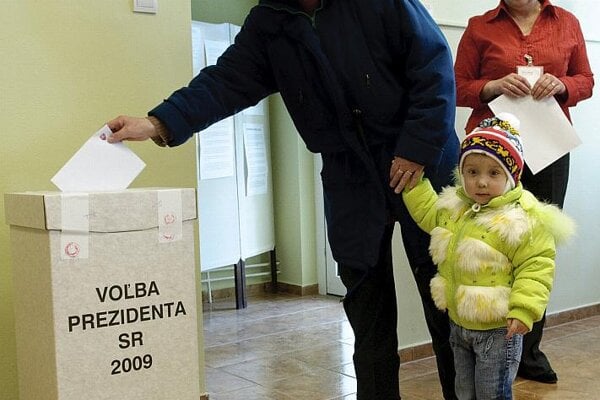 SOFT is one word that observers have used frequently to describe the run-up to the first round of Slovakia’s presidential election. Now, with the choice narrowed down to just two candidates, the campaign is expected to become a lot tougher. However, the first sharp blows have been delivered not by the candidates themselves – Iveta Radičová, the joint candidate of the parliamentary opposition; and President Ivan Gašparovič, who is backed by the largest ruling coalition party Smer and its junior coalition partner the Slovak National Party (SNS) – but by their political supporters.

On Tuesday, March 24, Prime Minister Robert Fico accused Radičová of paying what he called a “provocateur” to disrupt a public event attended by him and Gašparovič. Fico later withdrew the claim and apologised to Radičová for making the accusation after it emerged that the man in question was protesting against his treatment in a land expropriation case involving the government.

Meanwhile, the Slovak National Party (SNS) said it was concerned about the support that the Hungarian minority in Slovakia has given to Radičová.

She is backed by the Hungarian Coalition Party (SMK), one of the three main opposition parties in parliament. Hungarian-speaking Slovaks make up approximately 10 percent of the electorate.

In the first round, Radičová trailed Gašparovič, who won 46.70 percent of the votes, by a smaller-than-expected 8.65-percent margin, winning 38.05 percent.

“The supporters of Gašparovič will lead a very tough campaign to gain the undecided voters,” Pavel Haulík of the MVK polling agency told The Slovak Spectator. “I have no doubt that Iveta Radičová and her election team, including the supporting parties, will try to persuade those who did not cast their votes in the first round to do so in the second.”

Political scientist Miroslav Kusý agrees that now the campaign will get closer to the bone.

“The unwritten rule is that in the second round the candidates basically start from zero, despite the results achieved in the first round,” Kusý told The Slovak Spectator, adding that nevertheless Radičová now probably feels more encouraged.

Political scientist László Öllös said it is natural for the campaign to intensify since now both the votes of the candidates who did not make it into the second round, and the votes of those who did not turn out in the first round but might for the second, are at stake.

“I think election teams are diligently working now and considering new options,” Öllös told The Slovak Spectator. “We have already seen some, since the Hungarian card has also been played.”

On the day of the first round vote, SNS leader Ján Slota was quick to express his regret and concern over the support which he said that Radičová had received from the Hungarian minority.

“It is unthinkable that rich Bratislava and the Hungarian minority should command the majority of Slovakia,” his deputy, Anna Belousovová, said on March 25, referring to the outcome of the first round, in which Radičová led in the region in and around Bratislava.

Then Rudolf Púčik, an SNS MP who chairs the parliamentary committee for defence and security, joined the campaign by saying that the Slovak nation has always been able to mobilise in decisive moments of history and saying: “It will certainly not allow the Hungarian minority to decide, in the second round of the election, [who will be] the president of Slovakia,” according to the Sme daily.

Deputy Prime Minister and Smer member Dušan Čaplovič said he expects Radičová will defend the interests of nationalist forces in the Hungarian minority.

Kusý said that such statements would of course work for nationalist voters, but he said he thinks they are unacceptable.

“The Hungarian voters are fully legitimate voters,” Kusý said. “The arguments that Slota and people similar to him are using are absolutely unacceptable and make it sound like Hungarian voters are of less value, and moreover harmful.”
However, for Haulík, who is also a sociologist, the question remains how to measure the participation of the Hungarian minority in the election since no exit polls were conducted.

“Of course they prevailingly voted for Radičová,” Haulík told The Slovak Spectator. “But the question also is whether the potential has been exhausted there or whether there is some more.”

Öllös predicts that the SNS campaign, along with the firing up of voters with nationalist inclinations, will also go some way to mobilise the Hungarian minority.

For him, the right response to such a campaign is to focus on constructive issues.

“Coming up with constructive issues could be an effective response to heated up emotions,” Öllös said.

On Tuesday, March 24, during a ceremony to mark the diversion of the Nitra River as part of a mining project, Fico labelled a Slovak citizen from the village of Opatovce nad Nitrou a “provocateur paid by Radičová”. Jozef Ťažiar was protesting against what he called an unfair land settlement by carrying a banner that read “Stealing like under the totalitarian state, this is Slovak freedom and democracy”.

The Cabinet Office subsequently issued an official statement demanding that Radičová not disturb by “paid provocateurs the working duties of the prime minister and president”.

However, just the following day, March 25, Fico apologised to both Radičová and Ťažiar for the incident. The Cabinet Office said that Fico had received incorrect on-the-spot information.

“I voted for Fico, but I will not do it again,” Ťažiar told Sme.

Fico had lashed out at Radičová before the first round of the presidential election. On March 17, Fico’s Smer party issued a statement panning Radičová for trying to reach out to Smer voters. The prime minister dismissed an offer from Radičová to meet him.

“No methods used by Iveta Radičová, which are inappropriate for women [sic], will change this fact,” said Smer spokeswoman Katarína Kližanová-Rýsová, as quoted by the SITA newswire. She added that Fico would reject repeated attempts by various emissaries of Radičová to organise a face-to-face meeting.

Fico even declared at a press conference that his party would never cooperate with her. Radičová responded that Fico, by taking this attitude, had seriously interfered in the election campaign, adding that all she had done was offer him her hand and show her openness to dialogue.

Analysts have warned that extensive political support might rebound on the candidates. Any attempts to use Radičová’s results in the first round by the parties that support her would harm the candidate, Haulík added.

“Radičová achieved this result precisely because the [opposition party] leaders have not intervened in the campaign,” Haulík told The Slovak Spectator.

Haulík said that Radičová chose her campaign strategy well, but that the situation would become more complicated in the second round because coming second is no longer enough.

“Radičová has rejected a confrontational tone and has not demanded any demonstrative party support,” Kusý said. “If any of the opposition parties were to become too strongly engaged in her election, it could harm her more than help her.”

According to Öllös, another question is whether the citizens of Slovakia want to have a president who is a de facto part of the ruling power, even though they are not part of it de jure - or if they want someone who is not, and who provides balance.

“This is in some ways the main constitutional issue of the presidential election,” Öllös told The Slovak Spectator.

In the last presidential election the return of Vladimír Mečiar to politics as the head of the state was the main issue at stake, Öllös said.

“If he had managed to get elected, he would have tried to create a presidential system in Slovakia for sure,” said Öllös. “He made no secret about it during the campaign.”

According to Öllös, although Mečiar is out of the game now the perception of the presidential office which emerged under his government remains, which is that the president should be a president for the government, and hence part of the executive structure.

As to whether this could benefit Gašparovič, it really depends, Öllös said, on how voters view it.
“The huge billboards that featured him with the prime minister also mobilised voters who had not intended to vote,” Öllös said. “Unfortunately, there is not much discussion about this issue but in fact it is the essential question of this election.”