Slovakia gets a slice of EU stimulation

THREE months after one twist of the Russian gas tap left Slovakia’s economy on its knees, Brussels has offered to help beef up the country's ability to tackle possible future gas crises. 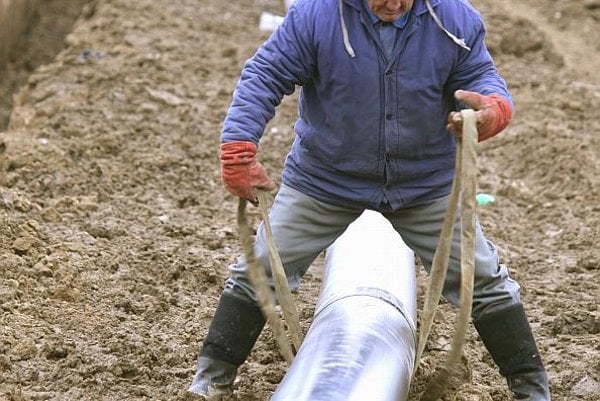 THREE months after one twist of the Russian gas tap left Slovakia’s economy on its knees, Brussels has offered to help beef up the country's ability to tackle possible future gas crises.

Slovakia will get part of a €5 billion stimulus package, approved by European Union (EU) leaders on March 19, which is intended to help boost the union’s economy. Out of the package, which includes unused EU funds from last year’s budget, almost €4 billion should flow to the energy sector and about €1 billion is intended to go to the agriculture sector.

Slovakia could benefit from the stimulus package in the form of co-funding for the interconnection of Slovakia’s gas pipeline network with the networks of neighbouring countries, in particular Poland and Hungary, and also to secure reverse gas-flow capability in the pipelines, Slovak Prime Minister Robert Fico told the Slovak media upon his return from the Brussels summit.

The country will be able to draw up to €30 million from EU funds to link its gas pipeline system with Hungary and €20 million for interconnection with Poland's network.

The country will also receive €25 million to help agriculture, which is likely to be used to support milk producers, the SITA newswire wrote.

According to Fico, the project to connect the gas pipeline networks of Slovakia and Hungary could cost around €200 million, but that the majority of the costs should be carried by Hungary.

Fico also suggested that the project with Poland is less certain to go ahead.

“The co-financing there would be huge and I cannot imagine how it can be accomplished in a short time period,” Fico said, as quoted by SITA, adding that he will try to discuss the issue with the Polish prime minister.

Fico did not rule out the funds being used somewhere else.

“If it turns out to be unrealistic and if it is possible to redirect the funds we would try to request the redirection of these resources for other priorities,” Fico said, as quoted by SITA.
Slovakia will shortly hold negotiations with partner countries and the bodies which would carry out the projects, Vahram Chuguryan of the Economy Ministry's press department told The Slovak Spectator.
Further steps would be defined during these talks in order to achieve effective use of the support, he added.

The most important step to obtain the assistance is a mutual agreement between the involved parties and drawing of the funds by 2010, Chuguryan said.

“Among the projects with the highest priority are the project to establish a two-direction gas pipeline connection with Austria and the project to interconnect the gas networks of Hungary and Slovakia,” Chuguryan said.

Pipelines in the spotlight

Since the first half of January, when Russia cut the gas which it supplies to Slovakia and other European countries through Ukrainian pipelines as part of a price dispute with Ukraine, reassessment of Slovakia’s ability to cope with future gas supply shortages has intensified.
Restrictions put in place on January 6 required large commercial customers and businesses whose contracted gas consumption exceeds 60,000 cubic metres per year to reduce their usage to a minimum safe level.

The gas shortage lasted for 13 days, brought some of Slovakia’s business giants to a shuddering halt, and exposed government officials to awkward questions about the country's energy dependence on Russia.

On January 19 the country began receiving deliveries of Russian natural gas via the Czech Republic, by a route which bypassed Ukraine, allowing restrictions on natural gas use to be lifted.

Deliveries resumed along the normal routes via Ukraine on January 20, and on January 21 Slovakia’s major gas utility Slovenský Plynárenský Priemysel (SPP) resumed shipments of Russian gas through Slovakia to other European clients via Austria and the Czech Republic.

SPP said that it welcomes projects which would increase the security of gas supply for Slovak customers.

“However, SPP is developing its own activities regardless of the approved support which will help to prevent situations similar to those that emerged in January this year,” Ľubomír Tuchscher, SPP external communication specialist, told The Slovak Spectator. “We are now in a situation where, in the event of a theoretical complete halt of gas supplies from Russia, we would be able to supply gas to our customers without limitations.”

According to Tuchscher, this has been made possible by development of storage facilities, of which SPP has purchased sufficient volumes, the ability to launch so-called reverse flow in transit pipelines within a couple of hours, and agreements on the basis of letters of intent with SPP shareholders E.ON Ruhrgas and GDF Suez who can supply natural gas to Slovakia from their own resources. SPP said it is continuing to negotiate with these companies.

The company's goal is to secure contracts for gas supply from non-Russian sources of at least 10 percent of Slovakia’s annual consumption, Tuchscher said.

Chuguryan of the Economy Ministry said that the infrastructure projects which have been prepared should ensure sufficient interconnection of Slovakia with the neighbouring countries, which will increase the possibility of securing gas supplies in the event of an emergency.

“At the same time, legislation pertaining to the duty to provide security of supply, which should avoid a state of emergency in the event of a cut in gas supplies, is being prepared,” Chuguryan concluded.

The government has also modified the Energy Act, the law governing regulation of network industries, and also a mining law. Parliament passed the laws on February 17.

In the event of a gas crisis, the state will now have preferential access to natural gas stored in the reservoirs of private companies. The change also means that the operators of reservoirs will have to suspend gas supplies to foreign customers when there is a gas emergency in Slovakia. The Economy Ministry would control the list of companies which could be cut off. And the country's regulatory authority, the Regulatory Office for Network Industries (ÚRSO), will now regulate gas storage prices by comparing domestic charges with prices on international markets.