Safer, but at what cost?

ANOTHER change has been applied to the second - or capitalisation - pension pillar, within which almost 1.5 million Slovaks save for their future retirement, completely changing the fee structure for the pension fund management companies and introducing a so-called guarantee fund for pension savers so that their accounts will not go below the principal sum they have invested. 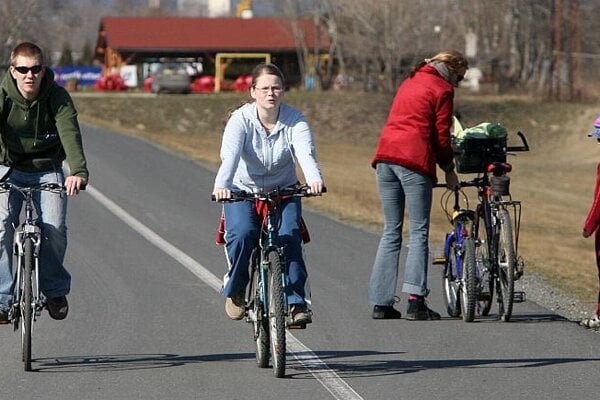 ANOTHER change has been applied to the second - or capitalisation - pension pillar, within which almost 1.5 million Slovaks save for their future retirement, completely changing the fee structure for the pension fund management companies and introducing a so-called guarantee fund for pension savers so that their accounts will not go below the principal sum they have invested.

Pension fund management companies, which were excluded from the government’s decision-making on the new fee structure, see the latest change as endangering their operations as well as reducing, over the long term, the value of the pensions of those participating in the second pillar. But the companies add that the latest change makes the Slovak second pillar cheaper and safer and that their clients should not have any reason to leave it.

“Now we are turning into the cheapest pension saving system in the world,” Ivan Barri, the executive director of the Association of Pension Fund Management Companies (ADSS), told The Slovak Spectator. “Simultaneously there is a certain guarantee of the yield and thus, even though the system is open for savers to leave it, none of them has a reason to do so.”

On March 11, the Slovak parliament adopted a revision to the law on old-age pension saving.
Beginning July 1, 2009, the fixed fee for administration of second pillar pension funds will be cut from 0.065 percent to 0.025 percent of the net monthly value of the participant’s assets in the fund. It also introduces a new, variable fee, dependent on the actual yields of the pension funds.

“By the drastic reduction of fees in the second pillar, the government has blocked the way to higher pensions,” Peter Goliaš, of the Institute for Economic and Social Reforms (INEKO), a non-governmental organisation, told The Slovak Spectator. “This is because the pension fund management companies are losing motivation and also the ability to direct investments into more risky assets with a higher long-term yield.”

Under the new legislation, the pension fund management companies, known as DSS companies, will have to launch a guarantee fund for each of their pension investment funds. All yields from the pension funds will flow to it. After six months, the DSS companies will compare the yields in their pension funds with a benchmark and only then they will be able to take a portion of it in fees. If the DSS companies manage to generate positive yields in these funds, they will be able to take 5.6 percent of the yield as an administration fee. The rest, or 94.4 percent of the investment return, will go to the pension saver.

Originally, the changed fee structure was to become effective at the beginning of 2010 but the ruling coalition pushed through this earlier effective date. The MPs also shortened the time period for assessment of yields from the pension funds from five years to six months.

The parliament apparently also ignored an analysis by the National Bank of Slovakia (NBS) which found that the fixed fee of 0.025 percent would not cover the basic costs of the pension fund management companies and that the revision would significantly influence the business conditions under which they operate. The NBS, which agreed with the concept of a change in the fee structure, had proposed to cut the fixed monthly fee to 0.047 percent.

The Finance Ministry has tasked the central bank with completion of an impact study of the revision and the new legislation also requires the central bank to elaborate the benchmark regulations.
The DSS companies say the change will have huge impacts on their operations and their investment strategies.

“The new legislation will change the very basis of the DSS companies’ investment strategy,” said Barri. “DSS companies will invest in short-term and fixed-rated securities or time deposits. This means that while investments in stocks can bring a yield of 15 percent over a horizon of 15 years, but with some plus and minus swings, the new strategy will bring a yield of 2 percent over 15 years, but surely only 2 percent.”

Barri sees the latest modification to the Slovak pension scheme as illogical.

“The second pillar is a long-term product,” he said. “On one hand the law speaks about a 15-year minimum period of saving and now, on the other hand, it forces us to invest on a six-month basis. This is illogical nonsense.”

Some DSS companies perceive the latest change as an anti-crisis measure and others as a political decision, but they all share the opinion that it will change their investment strategies. Some say it will rob their clients of potential yields.

“We perceive this revision as an anti-crisis measure,” Jozef Paška, the head of the board of directors of Allianz-Slovenská DSS, the biggest pension fund management company in the country with a 31 percent market share, told The Slovak Spectator. “We take into consideration that during the crisis most savers prefer a lower, but positive, yield than a temporary loss, even though with a greater potential growth outlook in the future.”

This change is simply unfortunate and we perceive it as a political decision, according to Viktor Kouřil, director general of VÚB Generali DSS.

“Nobody was against the philosophy to bind a portion of the fees to returns; we were open to discuss this,” Kouřil told The Slovak Spectator. “But the second part of the fee has to be large enough to enable the company, also during times of crisis as it is today, to live through it.”

AXA DSS, with a 28 percent market share, also perceives the reduction of the fixed fee as problematic.

“One should realise that administration of the second pillar brings costs and that fees are the only source which pension fund management companies have to cover these costs,” Peter Socha, head of the board of directors of AXA DSS, told The Slovak Spectator. “Operating the second pillar under the currently proposed fees will be problematic and in the end this may lead to a reduction of services provided to clients.”

Some DSS companies believe that the recent turmoil in the second pension pillar provides some hope that after the overall situation in the financial markets improves, the pension system may change again as well.

“We believe that after markets revive we will be able to participate in this growth and change the investment structure,” Paška told The Slovak Spectator. “When there will be obstacles in legislation, we hope that the ministry, along with the central bank, will change it and enable participants to profit from the growth of stock markets during the period of revival.”

The privately administered pension system has been seen as a thorn in the side of Prime Minister Robert Fico’s government. Current participants in the second pillar have been given another opportunity, lasting until the end of June 2009, to return solely to the state-administered ‘pay-as-you-go’ system.

The government justified this second re-opening of the window for participants to leave the second pillar (the first was in 2008) by arguing that participants’ savings in the privately administered funds are being adversely affected by the global financial crisis.

The second pillar was one of the main features of previous Prime Minister Mikuláš Dzurinda’s reform of the old-age pension system, allowing existing employees and the self-employed to redirect 50 percent of their required pension payments into a private pension fund, with the remainder continuing to go into what is known as the first pillar, the pension programme administered by the state social security provider, Sociálna Poisťovňa. New entrants to the job market were henceforth obliged to join the second pillar.

The move was intended to cope with the future impact of demographic changes which will result in a decreasing number of economically active people.

Of this amount, over €1.58 billion was invested in growth funds, €695.1 million was in balanced funds and €105.9 million was in conservative funds, according to the Association of Pension Funds Management Companies.

About 1.5 million Slovaks are currently saving for their retirement with the DSS companies.

However, in 2008 the requirement for newcomers to participate in the second pillar was lifted. As a result only 14 percent of new workers entered the second pillar, the ČTK newswire wrote, citing data from Sociálna Poisťovňa.

Out of 76,600 school graduates who entered the labour market and began contributing to Slovakia’s old-age pension program, only about 10,600 opted to participate in the second pillar.

“This is a huge problem,” Barri said. “The second pillar was created so that the state would be much less indebted by payment of old-age pensions in the long-term future.

"Cancelling the duty of labour market newcomers to enter the second pillar was probably the biggest mistake which has been made in pension reform. But no politician cares what will happen in 40 years.”