A NUMBER of Irish companies have already discovered Slovakia as an appealing location for business. To convey their positive experience and to support and promote Irish-Slovak business relations Irish businessmen have been inspired to the launch the Irish Chamber of Commerce in Slovakia. 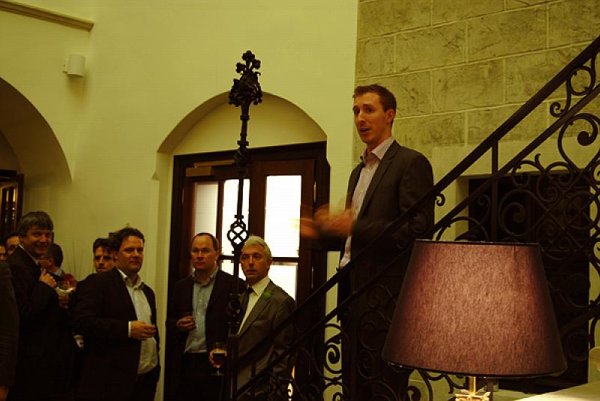 A NUMBER of Irish companies have already discovered Slovakia as an appealing location for business. To convey their positive experience and to support and promote Irish-Slovak business relations Irish businessmen have been inspired to the launch the Irish Chamber of Commerce in Slovakia.

The chamber was ceremonially launched on the Irish national holiday, St. Patrick’s Day, on March 17 in Bratislava, joining the almost 20-member family of chambers of commerce in Slovakia.

“The initiative to establish the chamber arose from the growing number of active Irish companies and individuals who are now based in Slovakia,” Glen Farrell, the head of the Irish Chamber of Commerce in Slovakia and director of Stalia Real Estate Slovensko, told The Slovak Spectator. “The Slovak arms of several Irish multinational groups are among their most productive and, even in these tougher economic times particularly in Ireland, we expect to see a growing number of Irish companies looking to this market to develop business activities and locate new production facilities.”

The benefits to any western European company locating production in Slovakia are plainly obvious to those already located here, according to Farrell, but this awareness and understanding of why Slovakia is such an appealing location is still not so evident in his homeland.

“Slovakia has typically fallen under the radar when assessed alongside its Czech and Polish neighbours, but the adoption of the euro, and the underlying economic conditions that facilitated its adoption, has quickly brought the country to the forefront of people’s minds when they are considering central and eastern Europe as a place to establish a business,” said Farrell.

The initial members of the chamber are some of the main Irish companies active in this region including Murray O’Laoire Architects, Odenberg Engineering, PPI Adhesives and Ormonde Organics.

The primary focus of the chamber is to support and promote Irish-Slovak business relations and activity.

Along with providing several business support activities for Irish companies in this market, the chamber will also be working alongside Ladislav Muller and his team in Enterprise Ireland, a government trade agency, with regard to organising networking and informational events throughout the year.

“We have also had excellent support to date from Ambassador Kathryn Coll and her office here at the Irish Embassy with whom we will continue to co-operate closely as the chamber and its activities develop and grow,” said Farrell.