USING financial resources from the European Union could be a way to soften the impact of the global financial crisis on national economies, say many economists. The Slovak government has also announced its aim to make the drawing of European Union (EU) funds easier and more efficient since this could help the country’s economy to fight the effects of the crisis. The construction sector is no exception. 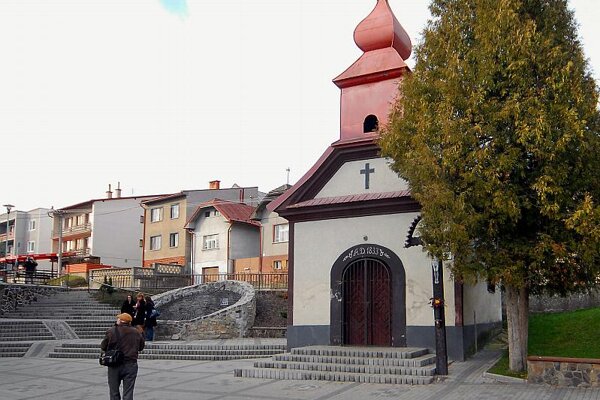 USING financial resources from the European Union could be a way to soften the impact of the global financial crisis on national economies, say many economists. The Slovak government has also announced its aim to make the drawing of European Union (EU) funds easier and more efficient since this could help the country’s economy to fight the effects of the crisis. The construction sector is no exception.

“Currently, in these times when many investment plans of private investors are stopped or cancelled, EU funds are one of the few stable sources of financing,” Lucia Galová from the Agency for the Support of Regional Development of the Ministry of Construction and Regional Development (MVRR) told The Slovak Spectator. According to her, the flow of EU funds will not be stopped due to the crisis – on the contrary, the ministry is now making efforts to accelerate the drawing down of these funds in order to stabilise the Slovak economy and especially to prevent unemployment from rising.

An expert analysis by the MVRR has calculated that an investment of about €33 million in construction projects can create some 4,000 jobs in the sector. The MVRR expects this year’s investments into construction projects from EU funds to reach about €330 million, which means that the resources from the European Union would create or maintain about 40,000 jobs in 2009, Galová explained.

According to Ján Nemec, the director of the office of the Association of Construction Entrepreneurs in Slovakia (ZSPS), EU funds can be of great help to the construction sector, especially by providing work for construction companies and their employees, but EU assistance definitely cannot completely eliminate the effects of the crisis.

“The capacity of our companies is the actual amount of gross production we had last year in our sector, about €6.3 billion, and that’s too much to be covered by EU funds,” Nemec told The Slovak Spectator.

Investment of EU funds into Slovak construction projects for the 2007-2013 programming period are administered through the Regional Operation Programme (ROP), which is the responsibility of the Construction Ministry. The aim of ROP is to increase the accessibility and quality of infrastructure in the regions of Slovakia. Construction companies do not directly ask for funds under this programme, rather it is municipalities that can apply for financial support with their building projects.

Municipalities are thus the key receivers of the financial aid from EU funds and for them to be successful in drawing it they must cooperate with the construction companies assigned to implement their projects as well as the ministry, said Nemec.

The ministry has told ZSPS that there are problems with the documentation required for some of the grants from EU funds. Until now, only a quarter of municipalities have sent full and properly-completed grant documents. When these are received, MVRR has then signed actual grant agreements in a short time period.

The actual drawing down of EU funds is only the last stage in a project’s cycle. First, a call for projects must be announced and then project proposals are received and evaluated, Galová said. The actual construction company is then chosen through the process of public procurement and only after that happens can the construction project be carried out. It is at this stage that the drawing down of EU funds begins.

Within the structure of ROP, the ministry has thus far issued four calls for projects in the areas of education infrastructure, infrastructure for non-commercial rescue services, regional transportation networks; and renewal of municipalities.

According to Galová, the ministry went through the process of receiving and evaluating many proposals in 2008.

“In that way we created conditions for the intensive start of projects this year, and thus also the drawing of financial resources [from EU funds],” she told The Slovak Spectator, adding that the actual drawdown of funds within ROP had already started and at the end of March 2009 about €330 million had been allocated.

Municipalities are rather pessimistic about the process for drawing on EU funds. Since 2007, in the first two years of the programme's implementation, the drawdown has reached less than 0.5 percent of the total which is a “disaster” according to Milan Muška, the executive director of the Slovak Association of Towns and Villages (ZMOS). He said that municipalities mainly submit projects for reconstruction and modernisation of schools, to make buildings more ecological and for waterworks buildings.

“Municipalities rely on EU funds to a large extent as these are almost the only big financial resources at their disposal,” Muška told The Slovak Spectator. “Most of these funds will be used to solve the so-called modernisation debt, which means they will be invested into the neglected maintenance and renovation of those buildings that we [the municipalities] were given from the state.”

Just as the ministry complains about municipalities sending incomplete applications for grants, ZMOS complains about problems that they see, such as inaccuracies in the calls for projects, too much bureaucracy and late payments of grants, according to Muška. In this respect, ZMOS has been preparing a set of measures with which to evaluate the mechanisms in Slovakia for obtaining financial help from EU funds. According to Muška, some of ZMOS’s proposals could be implemented immediately and some in 2010.