PRESIDENT Ivan Gašparovič may have saved himself up to a million crowns (€33,194 at 2009 exchange rates) by buying a plot of land in an exclusive location for a fraction of its market value. 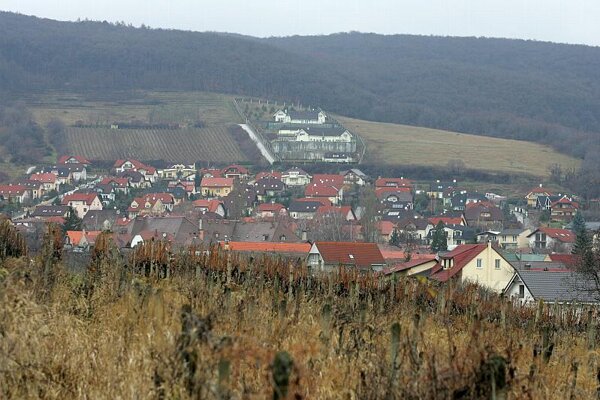 PRESIDENT Ivan Gašparovič may have saved himself up to a million crowns (€33,194 at 2009 exchange rates) by buying a plot of land in an exclusive location for a fraction of its market value.

In 1999, the president and his wife Silvia purchased an unfinished villa and 600 square metres of land in Limbach, a village near Bratislava, from the Železničné Staviteľstvo firm, which Silvia Gašparovičová partly owned. They paid only Sk300 (€10) per square metre for the land, even though the going rate in Limbach at the time was up to Sk2,000 (€66) per square metre.

The president’s office dismissed the information, which was first reported by the Nový Čas daily, as part of the campaign ahead of the April 4 presidential election second round vote, and said he had bought the land “at the market value that applied in that location at that time”.

The president added that the company had originally paid the same price for the land when it purchased it in 1997.

The story died quickly – it was, after all, a private transaction on which Železničné Staviteľstvo was free to lose money if it wanted – but it also recalled the business interests of the president’s wife.

Silvia Gašparovičová is perhaps best known in the business world for her interest in the Želstav company, which privatised a huge state railways construction firm in 1992.

The state firm also was called Železničné Staviteľstvo, and had a book value of 588 million Czechoslovak crowns (Kčs). This firm, with relatively new equipment, extensive land holdings in Bratislava, and Kčs 5 billion in signed contracts, was sold by the state to an unknown self-employed bricklayer named Dušan Ďurďovič for Kčs 455 million.

So how did a bricklayer get his hands on such assets, and manage to secure a bank loan for the entire amount?

Two years ago, Ďurďovič told The Slovak Spectator that at the time of the privatisation sale, he was doing brickwork for Železničné Staviteľstvo at a medical clinic owned by the railways company.
After learning that the firm was to be privatised, he and medical clinic director Vladimír Mazanec agreed to submit a joint bid for it. “Mazanec told me: You know what, this could be great, let’s give it a try. So we spent the next two weeks putting together a privatisation project,” Ďurďovič said.

Mazanec is the brother-in-law of Ivan Gašparovič. The president denied that his family connections had played a role in the privatisation.

“He (Mazanec) only met Dušan Ďurďovič on a working basis during the reconstruction of the medical facility where he worked.

Anyone who connects their names regarding the privatisation of Železničné Staviteľstvo unjustly damages me and my brother-in-law,” the president responded.

Silvia Gašparovičová joined Ďurďovič’s Želstav company in November 1992, becoming an 11-percent shareholder. “I didn’t know what I was doing,” Ďurďovič said. “We took in Gašparovičová because we thought that as the wife of a top state representative, she could ensure that no one took our contracts.”

At the time, Ivan Gašparovič was the country’s general prosecutor.

Relations between the shareholders soon soured, with different factions dividing up Želstav’s property and transferring it to other companies that they owned, while leaving the original bank debt with Želstav.

“The minority shareholders, including Gašparovičová, sold themselves construction vehicles, machinery and so on. They concluded about 200 such contracts, but I don’t see a problem there, because it was done legally, with a price set for each purchase, a payment schedule and so on,” said Ján Javorčík, the bankruptcy trustee for Želstav.

The result of the mutual asset transfers were that between 1993 and 1995 Želstav lost a combined Sk438 million. By the time the Bratislava regional court declared bankruptcy on the firm in 1996, the firm had over a billion crowns in receivables.

The bankruptcy was finally wrapped up in September last year.

Gašparovič said his wife had only been responsible for Želstav's organisational structure and for the preparation of contracts. "She had nothing to do with any asset stripping, on the contrary, she helped to prepare various criminal charges against such tactics," he said.