AFTER Slovaks managed, in less than three weeks, to burn through more than €30 million which had been allocated to scrapping old cars and discounting new ones, the government of Robert Fico has earmarked additional funds for the scheme. On April 1, another €22.1 million was assigned to go towards a so-called scrapping bonus of up to €2,000 per car, designed by the government as a response to the financial and economic crisis. 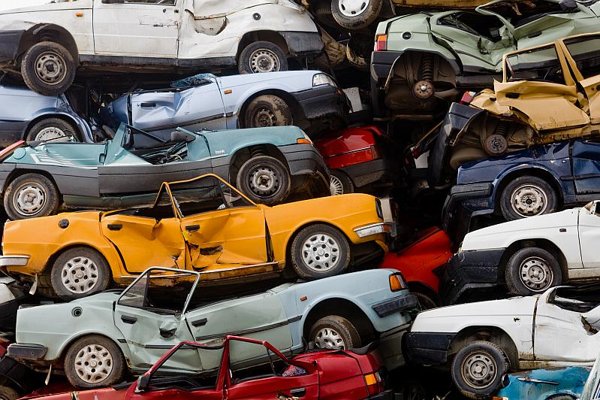 AFTER Slovaks managed, in less than three weeks, to burn through more than €30 million which had been allocated to scrapping old cars and discounting new ones, the government of Robert Fico has earmarked additional funds for the scheme. On April 1, another €22.1 million was assigned to go towards a so-called scrapping bonus of up to €2,000 per car, designed by the government as a response to the financial and economic crisis.

“The allocation of additional funds should support the purchase of roughly 20,600 cars, which means that the government would achieve, after counting up the first and second round, its original ambition of supporting the purchase of about 40,000 cars,” Economy Minister Ľubomír Jahnátek said, as quoted by the SITA newswire. He added that the second scrapping wave need not be the last, contrary to what Prime Minister Fico had indicated. But the government says it is not considering the introduction of scrapping bonuses for other products.

While the car-scrapping bonus has been hugely popular among the general public, it has raised less enthusiastic responses from economic experts. Richard Ďurana, the director of the Institute of Economic and Social Studies (INESS), an economic think tank, criticised it as an un-systemic measure which cannot help the ailing Slovak car industry but, on the contrary, will harm Slovakia’s economy as a whole.

In the second wave, expected to start on April 6, Slovaks will be eligible for a car-scrapping bonus of up to €2,000 if they replace their old car with a new one. Of this sum the state will contribute up to €1,000, providing the seller discounts the normal price of the car by €1,000. The government has therefore reduced the amount per vehicle which it will pay; in the first wave the state contributed up to €1,500 per vehicle.

The main characteristics of cars eligible for the bonus have not changed: they must have been in use for at least 10 years and have been registered on the territory of Slovakia before December 31, 2008. The price limit for new cars which can be purchased under the scheme has remained at €25,000.
The Slovak government launched the scrapping scheme on March 9 to assist the ailing car industry in Slovakia, which is home to three large carmaking plants run by Kia, Volkswagen and PSA Peugeot-Citroen, which together produced about 576,000 units last year. Another goal was to ‘rejuvenate’ Slovakia’s obsolete passenger-car fleet.

The Economy Ministry has calculated that by March 25, when the €33.2 million allocated to the first scrapping wave had been used up, Slovaks had bought 10,266 vehicles worth €92.062 million, the SITA newswire wrote. The sales represented value-added tax revenue of €17.15 million. The subsidy for purchase of these cars totalled €15.352 million and the difference between the VAT collected and the subsidy provided, to the benefit of the state, was €1.797 million. The remaining subsidy allocation of approximately €15 million was available to people who had already scrapped old cars but not yet bought new ones, and could support the purchase of another 10,000 or so cars.

Prime Minister Robert Fico said after a session of the Economic Crisis Council held on March 31 that most council members evaluated the measure as being significant and recommended that it be continued.

The governor of the National Bank of Slovakia, Ivan Šramko, said he believed that the scrapping bonus is having a positive effect from a short-term perspective, the SITA newswire wrote.

While the scrapping bonus has proved to be very popular with the public, analysts are much less enthusiastic.

“This measure cannot meet the government’s goals, but is an un-systemic measure which in the end will harm Slovakia’s economy as a whole,” INESS’s Ďurana told The Slovak Spectator. “During a crisis, with uncertainty and growing unemployment, the most sensible behaviour for people is to cut costs and save. By launching the scrapping bonus, the government is motivating people to do the opposite – people are spending their savings and, according to estimates, about one third of those who have bought a new car have even taken out a loan [to do so].”

He said the measure would not achieve the goal of supporting the local automotive industry – indeed, it could not achieve this even in theory, according to Ďurana. This is because it takes local carmakers just one week of production to satisfy an entire year’s-worth of Slovaks’ demand for cars produced in Slovakia. The statistics for cars sold under the scrapping scheme bear this out, with Renaults and Škodas dominating sales, according to Ďurana.

“Only 11 percent of the cars sold to people who used the scrapping bonus were produced in Slovakia,” said Ďurana.

Moreover, he said, the measure supports only one branch of industry at the expense of all other branches. Ďurana does not see the sense in supporting only the automotive industry but says that, instead, the economy as a whole should be helped.

“It is far from just the automotive industry which is being hit by the crisis,” said Ďurana. “The government should help the entire business environment in Slovakia by reducing all kinds of taxes, including payroll and income taxes, and by reducing the red tape affecting [people] doing business.”

The second scrapping wave will also cause problems to authorised scrapping companies.

“The authorised processors are prepared to help carry out this measure,” Ľubomír Farenzena, the head of the Guild of Authorised Processors of Old Vehicles told The Slovak Spectator. Car owners have to get their old car scrapped by an authorised firm to be entitled for the bonus. “But we were not invited to join preparations for this second wave, which I regard as coming too soon.”

Farenzena said scrap prices have fallen massively since last September. “The scrap price represents a significant portion of the income for vehicle processors. At the moment these prices are not high enough to compensate for the scrapping costs. Every scrapping firm is now facing a loss of €50 to €80 per vehicle.”

Farenzena said he would like to see the second wave postponed by four months. During this time scrapping firms would be able to process old cars delivered under the first scrapping wave.

Moreover, those wanting to buy a new car now have to wait two months as all cars eligible for the bonus have sold out, according to Farenzena.

The bonus generated a huge wave of interest among Slovaks wanting to scrap their old cars, prompting them to queue up in front of scrapyards.

Škodas and cars more than 20 years old dominate the cars to be liquidated under the scrapping bonus scheme.

“Škoda cars were the most frequently scrapped marque while people most frequently bought Renaults under the scrapping scheme,” Stanislav Pravda, the manager of the Guild of Sellers and Motor Car Repair Shops of the Slovak Republic, told The Slovak Spectator.

By March 26, people had bought 11,000 cars under the scrapping scheme, according to Pravda. Of these, Renaults accounted for 15.7 percent of cars sold, followed by Škodas, which accounted for 11.3 percent, and Peugeots, with 10.8 percent. Hyundais were fourth most popular, with 9.8 percent of sales. Citroens made up 8.6 percent and Kia cars accounted for 7.9 percent.

These numbers mean that sales statistics for March will differ markedly from the January and February numbers.

During the first two months of 2009, car sales fell in Slovakia by about 40 percent year-on-year. In January 3,992 new passenger cars and small commercial vehicles were registered, while in February there were 4,494 units, according to the Automotive Industry Association.