Insurers confident about riding out crisis

THE SLOVAK insurance market has begun to feel the heat of the global economic downturn, but insurance companies are not expecting significant changes in the near future. During a crisis people seek security and guarantees, which is just what insurance offers. On the other hand, the negative impact of the global economic downturn may increase the amount of insurance fraud, as people try to use to ‘improve their budgets’. The biggest insurance group in Slovakia, Allianz-Slovenská Poisťovňa, said it registered an increase in suspicious car thefts during the final quarter of 2008, as the crisis began to affect Slovakia. 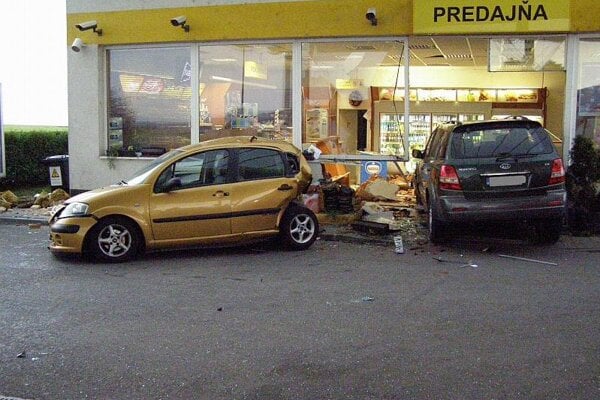 THE SLOVAK insurance market has begun to feel the heat of the global economic downturn, but insurance companies are not expecting significant changes in the near future. During a crisis people seek security and guarantees, which is just what insurance offers. On the other hand, the negative impact of the global economic downturn may increase the amount of insurance fraud, as people try to use to ‘improve their budgets’. The biggest insurance group in Slovakia, Allianz-Slovenská Poisťovňa, said it registered an increase in suspicious car thefts during the final quarter of 2008, as the crisis began to affect Slovakia.

“This is a motive for some people attempting to solve their financial situation at the cost of the insurer,” said Jaroslava Zemanová, the head of the department of control and special activities at Allianz-Slovenská Poisťovňa, as quoted by the ČTK newswire. Allianz-Slovenská Poisťovňa, which is part of the German insurance group Allianz, estimates that the number of insurance frauds will increase by one tenth in 2009.

Last year Allianz-Slovenská Poisťovňa examined 673 suspicious cases, with a value of about €4 million. According to Zemanová, dummy car theft ranks among the simplest frauds because it involves a lot of money and is comparatively easy to carry out.

Kooperativa and Generali Slovensko, the second and third largest firms in the Slovak insurance market respectively, have not registered any increase in insurance fraud so far.

“For now Generali Slovensko does not register any increase in insurance fraud, though there are some cases which are currently under examination,” Lenka Havlová, the director of Generali Slovensko’s communications department, told The Slovak Spectator. These cases pertain to fires at production units which had been loss-making before the insurance claims. The insurer is also examining suspicious car fires, which it thinks may be linked to the insolvency of their owners, though all the cases are still under investigation. According to Generali Slovensko, the crisis might increase the amount of insurance fraud by private claimants as well as by businesses.

“Generali Slovensko has already prepared measures to detect and examine insurance claims which might be linked to the financial crisis,” Havlová said. “The insurer also tries to detect insurance purchases which might lead to efforts to commit an insurance fraud. An increased stress is being laid on evaluation of the insurance risk as well as the client.”

The economic crisis has not entirely missed insurance companies, but they do not expect any major changes.

“We do not expect any significant change in the Slovak insurance market,” Daniela Michaličová, communications manager for Kooperativa, told The Slovak Spectator. “The slower economic growth, lower disposable incomes of businesses and households, lower economic activity and lower purchasing power may slow the growth of the market.”

Non-life insurance pays a significant role which is less affected by the financial and economic crisis, according to Kooperativa.

“Car insurance, which influences the insurance market in a significant way, is an exception given the drop in the sale of new cars,” said Michaličová.

As in previous years, Kooperativa’s priority is to achieve the maximum return on funds invested by clients in insurance and to secure its ability to meet obligations stemming from insurance policies.
“In general, Kooperativa has not registered any drop in interest among clients for insurance policies,” said Michaličová. “During a crisis people feel the need to have certainty and guarantees, and insurance can provide them with security. Kooperativa has already registered increased interest among clients in capital life insurance.”

The insurance company has already responded to the economic downturn and prepared special products for clients. Kooperativa offers a combined guaranteed life programme based on investment life insurance as well as additional insurance products helping to bridge problems caused by accidents, disease, invalidity and others.

Generali Slovensko experts predict stable profits in property insurance. But on the other hand, car insurance has come under pressure and the insurer does not expect to see in coming years the kind of significant increases in premiums in this segment that it has recorded in the recent past, according to Havlová.

The insurer predicts an increased interest among clients in products which can protect them from some of the effects of the economic crisis, as well as products which offer some coverage against the risk of loss of employment and the risks linked to absence after an illness or accident.

Generali Slovensko expects some stagnation in the property insurance market because of reduced housing construction, the reduced availability of housing loans, the slowdown in business development, and the outflow of foreign investors and associated problems faced by Slovak sub-contractors.

“On the basis of these it is possible that written premiums will decrease,” Havlová told The Slovak Spectator.

Generali Slovensko has already noticed an increase in the attention paid by clients to insurance policies, their conditions and prices.

“[Our] experts expect that the financial crisis will lead to an increase in insurance of personal assets and in liability insurance, where the danger of a potential liability can significantly threaten a family’s budget,” said Havlová.

At the beginning of January, the insurance market was predicted to grow, though at a slower rate, during 2009, the SITA newswire wrote. Siegfried Fatzi, the director general of Wustenrot Poisťovňa, another insurance company active in Slovakia, warned that some citizens affected by the crisis, perhaps through loss of their jobs, will not be able to afford new insurance policies.

“But there will also be a large group of people, who, thanks to the crisis, will gain,” said Fatzi, as quoted by SITA. “With regards to general uncertainty they will show an even greater interest in above-standard insurance products.”

The condition of Slovakia’s economy will also influence the development of insurance for businesses.
“We expect a significant slowdown in this segment,” Judita Smatanová, spokesperson for insurance company Union, told SITA. “With regards to the turbulence on the financial markets, people will be more cautious in particular when opting for investment life insurance,” said Smatanová.

Nick Vincke, the director general of the ČSOB Poisťovňa insurance company, said he sees huge potential in life insurance, in spite of the financial crisis. He expects that Slovakia will continue to report economic growth among the highest in the eurozone.

“We expect clients to show an interest in insurance coverage for unfavourable situations,” said Vincke.

Viktor Kouřil, the director for life insurance and pensions at ING insurance, also predicts a preference for traditional guaranteed insurance products, according to SITA. But he sees insurance as a long-term product, signed for tens of years.

“The situation in the financial markets will improve over time and insurance companies will have the chance to increase returns on the technical reserves which they accumulate to cover insurance claims,” Kouřil told SITA.

Insurance company AXA said it expects to see a boost for the life-insurance market, in the line with an increased demand for one-off insurance products.

ČSOB Poisťovňa does not forecast any significant increase in written premiums in non-life insurance
“We expect that the market in 2009 will be relatively stable, even though in Slovakia it is oriented to a large extent on the car sector,” ČSOB’s Vincke told SITA. “Thus results for next year will be affected by the intensity with which the financial crisis affects car sales.”